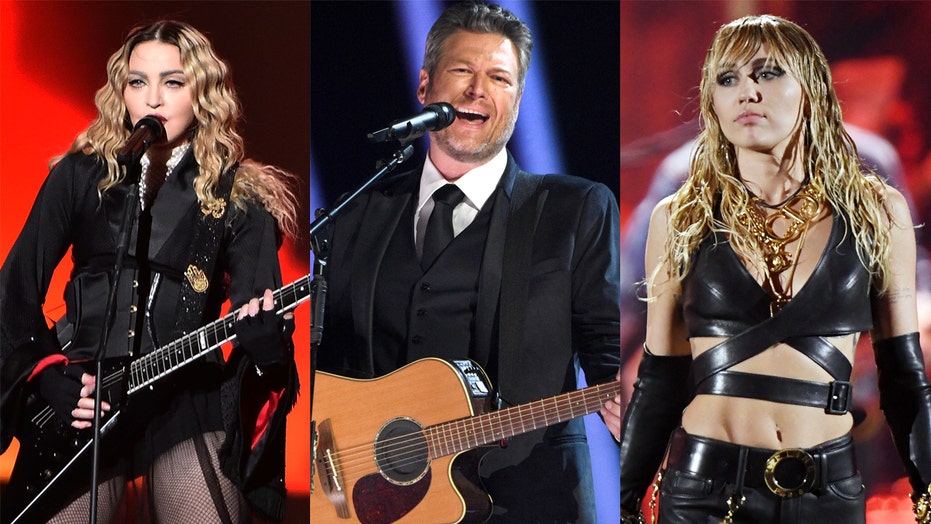 Even the music industry is feeling the effects of the coronavirus outbreak.

As COVID-19 continues to work its way across the globe, artists and executives within the music industry are electing to cancel and postpone upcoming concerts, festivals, tours and events.

Here are some of the biggest musical events canceled or delayed in response to the virus:

Green Day -- Delayed tour of Asia, but promised to reschedule

Queen and Adam Lambert -- Canceled an upcoming concert in Paris

'PRICE IS RIGHT' TO STOP FILMING FOR TWO WEEKS AMID CORONAVIRUS OUTBREAK: REPORT

Zac Brown Band -- Postponed the spring leg of its tour

Keith Urban, Kane Brown and Dierks Bentley -- Were set to perform at a now-canceled Houston Livestock Show and Rodeo event

The Who -- Postponed its upcoming tour, but promised to reschedule

Miley Cyrus was set to perform at an Australian benefit concert before it was canceled. (Getty)

Kenny Chesney -- Canceled the first 11 shows of his upcoming tour

Billie Eilish -- Canceled her tour dates through the end of March

Travis Scott, Frank Ocean and Rage Against The Machine are set to headline Coachella, which will now take place in October. (Getty)

This year’s Rock and Roll Hall of Fame induction ceremony has been postponed due concerns over large gathering amid the fast-spreading coronavirus.

Broadway -- All performances canceled through April 12