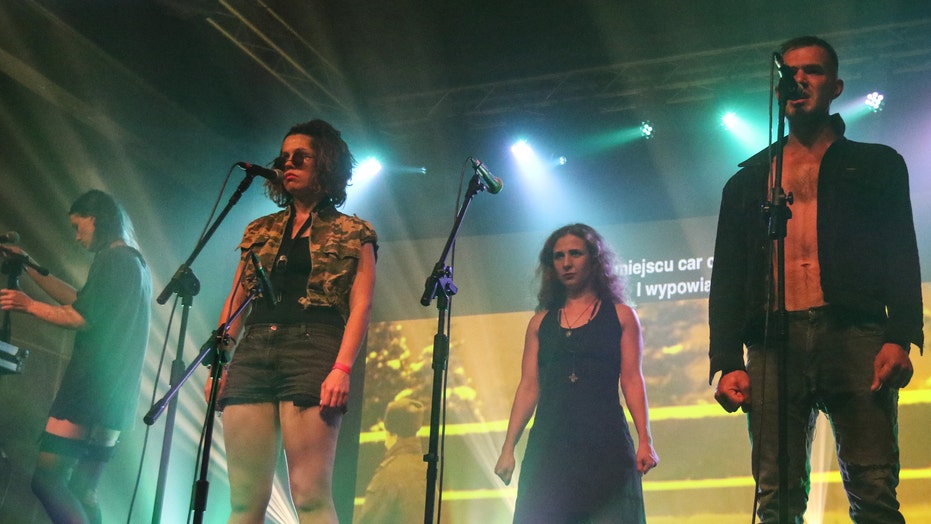 The tour will swing through Denver, Chicago, Seattle and other cities. The final show will take place on April 14 in Phoenix.

The band has partnered with PLUS1, an organization that works with musicians to raise money for charity, to ensure that $1 from each ticket will be allocated to each city's local Planned Parenthood.

Pussy Riot's connection to Planned Parenthood dates back to July when the group performed in Birmingham to protest anti-abortion legislation in the state.

CHRIS MARTIN SAYS HE WAS 'VERY HOMOPHOBIC' AS A TEEN WHILE QUESTIONING OWN SEXUALITY: 'IT WAS WEIRD FOR ME'

The band, known for their feminist activism, donated all the proceeds from the Birmingham show to Planned Parenthood and the Yellowhammer Fund to support safe and legal abortion.

Tickets for the tour can be purchased on the band's website.