After applauding those in the room, Carlson took the time to praise law enforcement, saying they "understand the human condition" in "truly the hardest job there is."

"In their absence, you really appreciate them so profoundly. Why aren't they treated as the most heroic people in America?" Carlson asked. 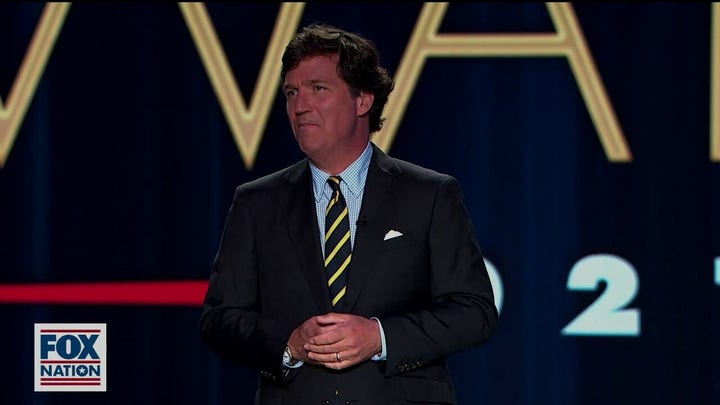 While Carlson spent time celebrating the people in the U.S., he also joked that the government is managed by some of the worse people.

"I often say to myself, never had a better country been run by worse people," Carlson said.

"They are nice. That's the first thing I've noticed about Americans. They are nice, kind people," he added. "Run out of gas in any other rural country and find out what happens to you."

The Patriot Awards was emceed by "Fox & Friends Weekend" co-host and Iraq and Afghanistan veteran Pete Hegseth. The evening showcased and awarded America's finest patriots, including military veterans, first responders, and other inspirational everyday heroes. CLICK HERE FOR MORE ON OUR TOP STORY.

The president, on Thursday morning, will sign into law S. 1511, the "Protecting America’s First Responders Act of 2021," S. 1502, the "Confidentiality Opportunities for Peer Support Counseling Act or the COPS Counseling Act," and S. 921, the "Jaime Zapata and Victor Avila Federal Officers and Employees Protection Act."

The president will sign the bills, which all passed with almost unanimous, bipartisan support, at a White House ceremony in the State Dining Room, a White House official told Fox News. 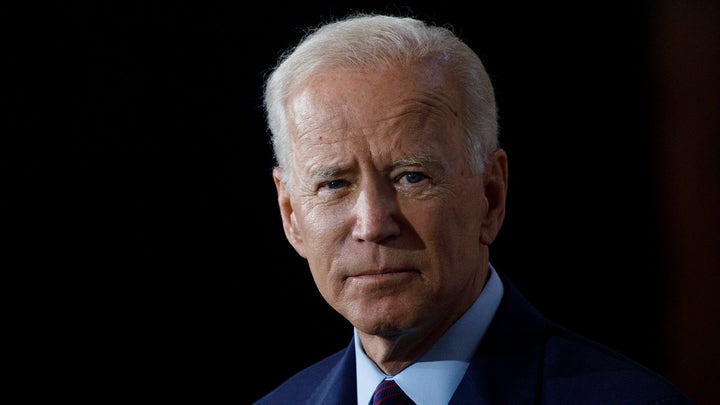 The "Protecting America’s First Responders Act of 2021," authored by Republican Sen. Chuck Grassley of Iowa and co-sponsored by Democratic Sen. Kirsten Gillibrand of New York, would better ensure that law enforcement and first responders who are disabled in the line of duty have prompt access to benefits.

The president is also set to sign the "Confidentiality Opportunities for Peer Support Counseling Act" or the "COPS Counseling Act," which sets requirements for peer support counseling programs to be provided by a law enforcement agency.

The bill ensures that individuals who have killed or attempted to kill U.S. federal officers and employees serving abroad can be brought to justice and prosecuted in the United States. CLICK HERE FOR MORE.

Another Democrat decides to quit as potential 2022 Election Day rout approaches
Rep. G.K. Butterfield, D-N.C., is set to announce his retirement from the House in a move that will deal another blow to Democrats' chances of keeping control of the chamber in the midterm elections.

Butterfield, a longtime member and former chair of the Congressional Black Caucus, will make the announcement Thursday that he will not be seeking reelection, according to reports. The veteran lawmaker was first elected to represent North Carolina's 1st Congressional District in 2004.

The planned announcement comes two weeks after North Carolina's Republican-controlled legislature passed a new congressional map that may put Butterfield's typically safe seat within reach of the GOP, with the new districting going from leaning Democratic by seven points to now leaning Democratic by one point, according to the political website FiveThirtyEight. 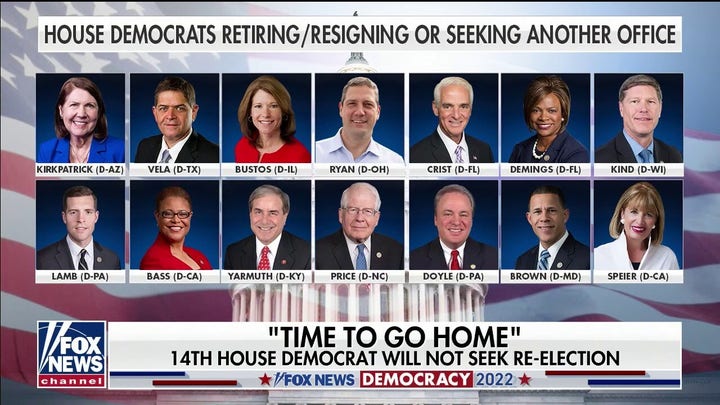 Democrats have filed a lawsuit over the map, claiming that the new boundary will dilute the influence of black voters in Butterfield's district. Butterfield vowed earlier this month to continue fighting for his seat.

"I do plan to run again. I'm going to give it everything that I have," Butterfield told ABC11 at the time.

Butterfield's planned retirement comes the same week as Sen. Patrick Leahy, D-Vt., and Rep. Jackie Speier, D-Calif., announced their retirements, adding to a flow of Democratic incumbents that have announced their departure from Congress. A total of 11 Democrats have announced that they will not be seeking reelection in 2022, compared to nine Republicans who plan to retire. CLICK HERE FOR MORE.

In other developments:
- GOP defeats Obama-endorsed candidate in deep blue city that Biden won handily
- Congress will be home for Christmas — if only in its dreams
- Ilhan Omar claims Boebert 'defecates' Congress after Boebert's 'brother-husband' dig
- Texas Democratic Rep. Henry Cuellar wants VP Harris replaced as 'border czar'
- WATCH: Boebert erupts on Democrat for his past relationship with suspected spy
- Democratic California Rep. Jackie Speier will not seek reelection in 2022 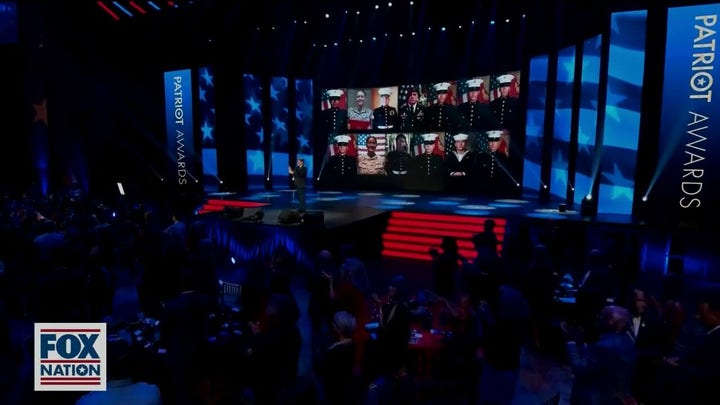 Sean Hannity on Wednesday evening shared his own perspective on what patriotism means to him at Fox Nation’s third annual Patriot Awards.

The "Hannity" host also took time to remember those who lost their lives over the past year, including radio host Rush Limbaugh and the 13 U.S. service members killed in the attack at the Kabul airport in Afghanistan.

"Please join me for a moment of honoring those souls and remembering their sacrifice," Hannity said before a slideshow played of the soldiers.

Fox News First was compiled by Fox News' David Aaro. Thank you for making us your first choice in the morning! We’ll see you in your inbox first thing Friday.