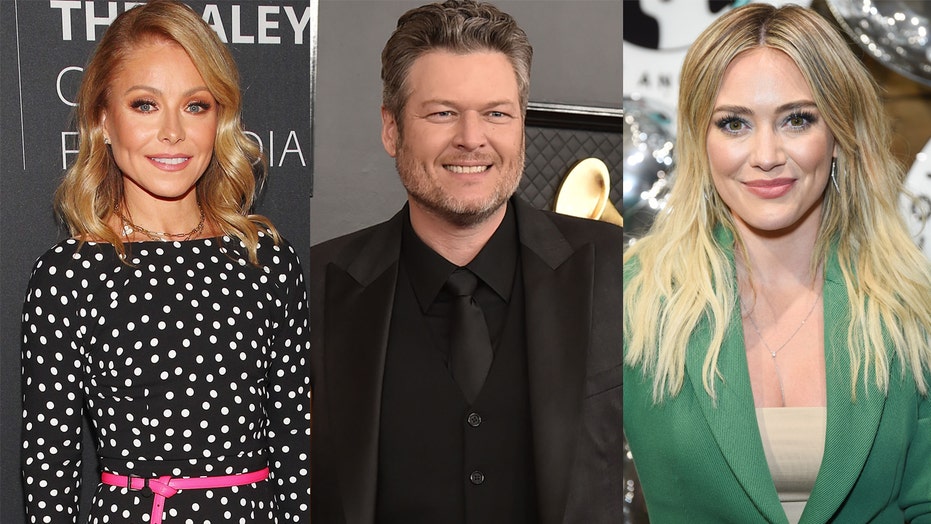 Among the many businesses that aren't operating during the coronavirus pandemic are hair salons.

Like many others, stars are left to their own devices -- or those of the people they're quarantined with -- to keep their hairdos in check.

SAM SMITH '100 PERCENT HAD' CORONAVIRUS DESPITE NOT GETTING TESTED

Whether they've gone for a light trim, a full buzzcut or anything in between, here's a look at some of the stars who have had DIY haircuts since entering quarantine:

In the earlier days of the coronavirus pandemic, Blake Shelton, 43, announced that he planned to regrow his mullet as a "symbol of hope."

Just a few weeks later, as Shelton's mullet began to take shape, his girlfriend Gwen Stefani took things to the "next level" by shaving stripes into his hair.

It took a few drinks to inspire her, but Pink told her fans on Instagram that she gave herself a haircut.

Among the "really, really brilliant ideas" that Pink got while drinking was the idea that she could cut her own hair, she explained.

The "So What Singer" pulled back the hat she was wearing and revealed uneven lengths above her ears and a bald spot on her right side.

Since her days as a child actor, Hilary Duff has been known for her blonde locks.

Since entering quarantine, however, Duff, 32, made a major change.

Since "Live with Kelly and Ryan" is still airing virtually, Kelly Ripa has had to keep up her appearance.

Aside from using her daughter's self-tanner, the 49-year-old actress and television host said she had to cut her own hair with her kitchen scissors.

“I’m not going to lie, I cut my own hair,” Ripa said during a recent episode of her show, per People. “I used kitchen scissors, we obviously don’t have haircutting scissors. I cut my own hair. I didn’t cut bangs...”

Tallulah Willis took it all the way with her hair transformation, going for a short buzzcut.

Luckily, her famous father, Bruce Willis, was around to help out by buzzing her hair for her.

Since getting her haircut, Tallulah Willis, 26, has proudly shown it off several times on Instagram while quarantined with Bruce, her sisters and mother Demi Moore.

Similar to Duff, Jennifer Love Hewitt chose to add a little color to her life with an at-home dye job.

Hewitt, 41, took to Instagram in early April to share her transformation, revealing that she colored her hair pink.

"The smile of a girl who just did at home hot pink highlights because what else can I do right now!" she wrote in the post.

The 23-year-old asked her mother to cut her bangs, and at first, she was less-than-thrilled with the results, saying that her mother "f--ked it up."

However, in a video posted shortly after, Cabello said: "It actually ended up looking not that bad."

Armie Hammer did more than just cut his hair, he underwent a dramatic -- and hilarious -- transformation.

Last week, Hammer, 33, hinted that he had cut his hair on Instagram, sharing a photo of piles of hair on the floor while he held a razor.

A post came later that revealed the new 'do: a mohawk and a Hulk Hogan-style mustache.

Former "Law and Order" and "Sex and the City" star Chris Noth shared with fans that he, too, went all out while maintaining his hair.

No longer a silver fox, Noth, 65, shared a photo of himself with a buzzed head on Instagram.

"I decided dealing with hair was superfluous during these times of quarantine," the caption read.

Ricky Martin has had quite an interesting journey with his hair over the last several weeks.

In March, Martin, 48, revealed on Instagram that he had died his hair pink.

However, more recent posts have shown that Martin's head has since been shaved short.

The "Buffy the Vampire Slayer" star, 43, showed off her new look on Instagram on April 28.

"Well, because we're still in quarantine, I had to think of a new and creative way to embarrass my children," she said in a video. "Quaran-color!"