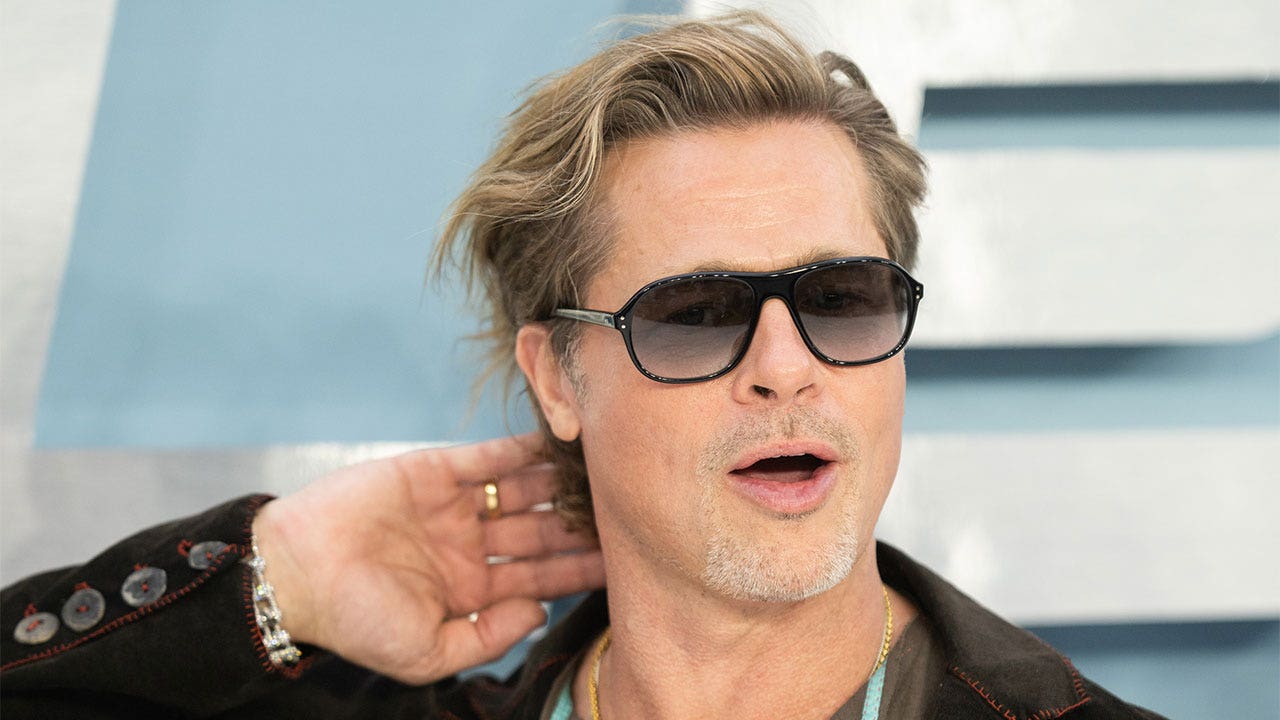 Brad Pitt has played a wide range of roles from an accomplice to an ex-con in the “Ocean’s” franchise to a general manager of a baseball team in “Moneyball.” Pitt has a long line of awards to show for his work, including an Academy Award for Best Supporting Actor and a Best Picture Academy Award for a movie he produced and starred in, “12 Years a Slave.”

Pitt was born on December 18, 1963 in Shawnee, Oklahoma to parents Jane Etta and William Alvin Pitt. He grew up in Springfield, Missouri and went to the University of Missouri where he was just short of graduating before he packed up and moved to California to pursue acting.

Pitt got the ball rolling on his acting career by acting in a few different soap operas, “Another World” and “Dallas.” He spent time guest appearing on shows before he landed a role in “Thelma & Louise” in 1991, where he played a cowboy.

Things started to take off for Pitt after that and he grew to be one of the most well-known actors in Hollywood. Over the years, he has been in “A River Runs Through It,” “Interview with the Vampire: The Vampire Chronicles,” and “Legends of the Fall.”

One movie series that Pitt is widely known for still today are the three “Ocean’s” movies where Pitt played Rusty Ryan, one of Danny Ocean’s (played by George Clooney) accomplices who helps him rig and rob casinos. The first movie “Ocean’s Eleven” came out in 2001 followed by “Ocean’s Twelve” in 2004 and “Ocean’s Thirteen” in 2007. More recent projects of Pitt’s have included “Once Upon a Time in Hollywood,” “Ad Astra,” “The Lost City” and “Bullet Train.” 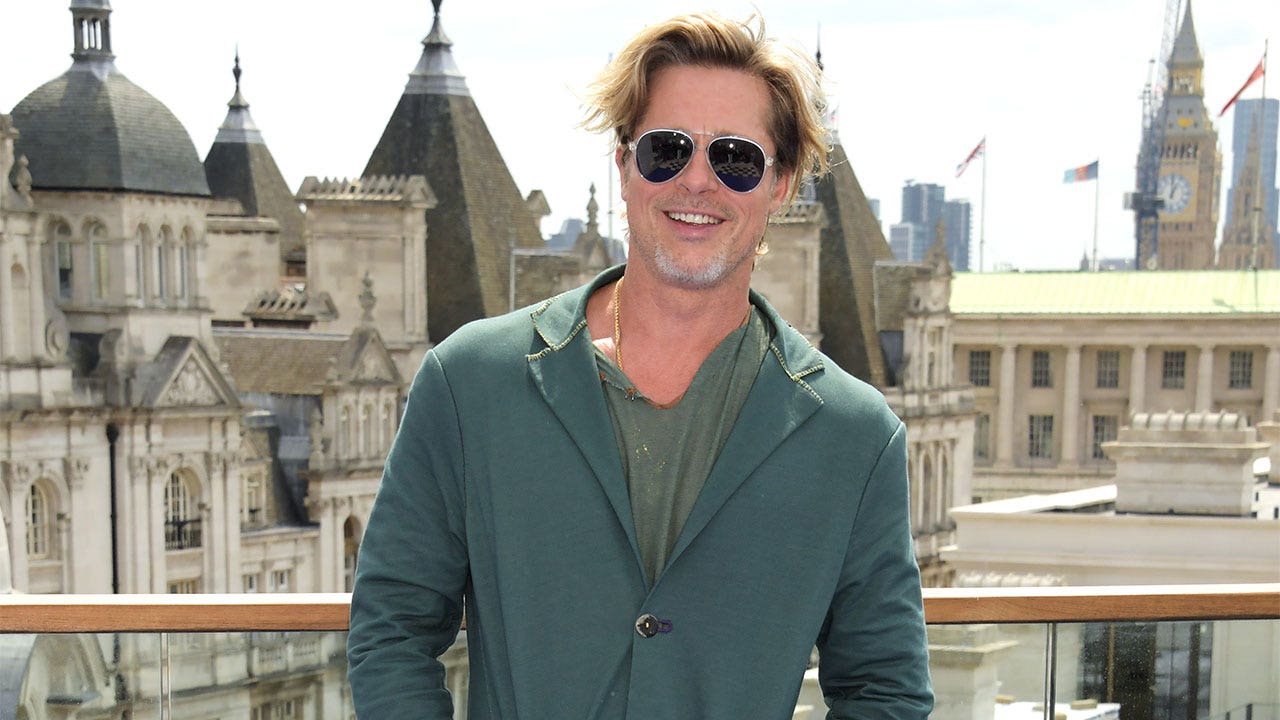 In his real life, Pitt was married to actress Jennifer Aniston in 2000 but the two split in 2005. Pitt met Angelina Jolie on the set of "Mr. & Mrs. Smith" while he was still married to Aniston. Shortly after the movie wrapped up, the couple was divorced and Pitt started dating Jolie. They got married in August 2014 but got divorced two years later in 2016.

After their divorce, the two went through years of custody battles for their six children, including two adopted sons, Maddox and Pax and an adopted daughter, Zahara. They had Shiloh in 2006 followed by twins Knox and Vivienne in 2008. Pitt also sued Jolie in 2022 for selling her state in their Château Miraval, French estate. 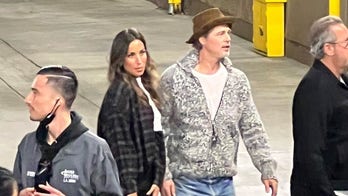 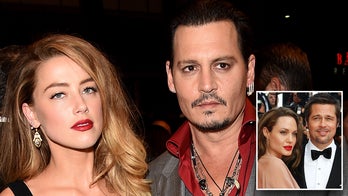 Angelina Jolie made abuse claims against Brad Pitt, and Ben Affleck battled cheating allegations when married to Jennifer Garner. The actors still came out on top. 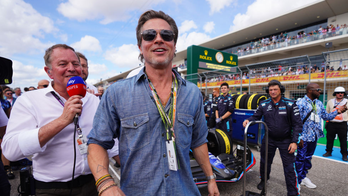 Brad Pitt was seen at the star-studded U.S. Grand Prix over the weekend in Austin, Texas. He has been doing research for his forthcoming Formula 1 film.

Brad Pitt revealed how he got past the "misery" of his split from Angelina Jolie. The actress filed for divorce from Pitt in 2016, ending their 12-year-long relationship.

Brad Pitt was seen exiting a Los Angeles high-rise after ex-wife Angelina Jolie hit him with an explosive cross-complaint in their legal battle over ownership of a French winery.

Angelina Jolie says Brad Pitt choked one of their children and dumped beer and wine on their children during a 2016 flight from France to Los Angeles, according to a new court filing. 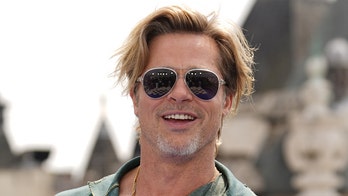 Actor Brad Pitt debuted nine pieces of artwork at an exhibition in Finland, which he said was a reflection on missteps in past relationships. It is his first art exhibition.

Angelina Jolie's former company, Nouvel, hit Brad Pitt with a $250M lawsuit, accusing the actor of seizing control of their French winery "in retaliation for the divorce."

Angelina Jolie described Brad Pitt as "becoming a monster" when he allegedly shoved her into a wall during the 2016 plane incident that led to their divorce, according to reports 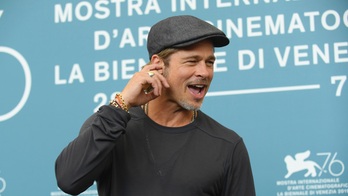 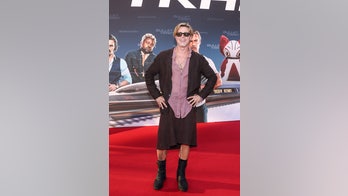