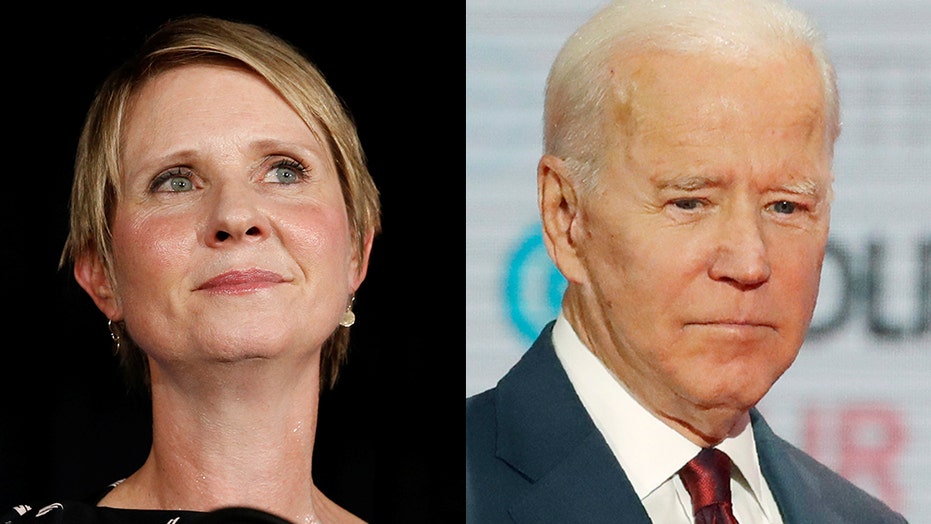 Cynthia Nixon is questioning presidential hopeful Joe Biden’s motives after he released an ad that laid the groundwork for how he would combat the coronavirus pandemic compared to Donald Trump.

Nixon accused the former vice president of “courting hardcore racists” on Sunday in a Twitter response to New York State Assemblymember Yuh-line Niou, who called Biden’s ad “racist and xenophobic” and suggested that it supports the notion that China is culpable in the spread of the novel virus.

“Who had Joe Biden put this hateful xenophobic ad up? Joe needs to focus on getting Democrats and Independents excited, not courting hard-core racists,” Nixon tweeted. “You won’t get them, Joe, and you’ll make the rest of us sick to our stomachs.”

The “Sex and the City” alum and former gubernatorial candidate for New York had been campaigning hard for Bernie Sanders in the 2020 presidential election until he suspended his bid to be the democratic nominee.

Nixon also penned an article for NBC News in February bashing Michael Bloomberg following the Democratic debate in Nevada, the first that the former New York City mayor participated in.

“We are not unified when we tell women to accept a candidate whose misogynistic comments rival those of his fellow billionaire currently in the White House,” she wrote at the time. “Unity means that we rally behind a candidate who sees us all and has a platform that creates the most good for the greatest number of us.”