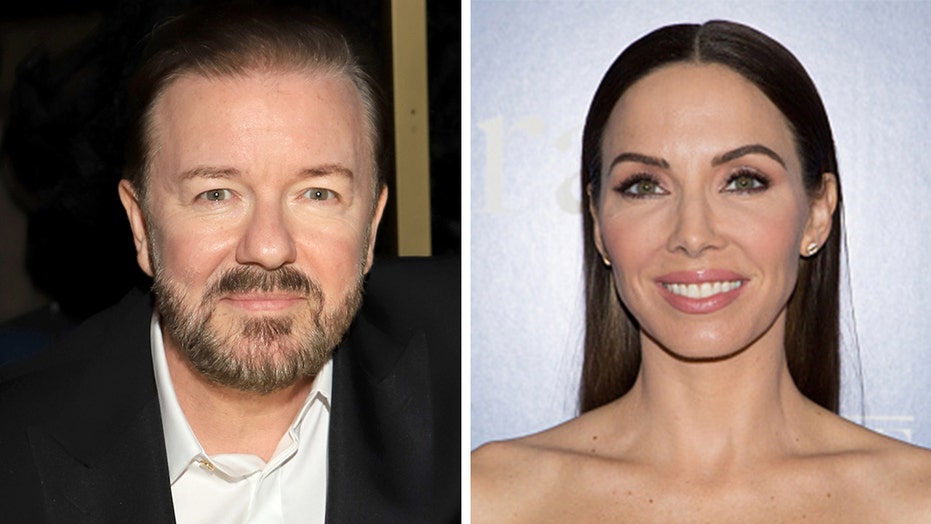 Whitney Cummings is defending Ricky Gervais after his opening monologue at the Golden Globes, which saw the notoriously controversial host waste no time laying into the Hollywood elite.

Despite not watching the award show live Sunday evening, Cummings took a moment to share her thoughts on the 58-year-old comedian's jokes and called out any naysayers.

"For every second you spend complaining about Ricky Gervais jokes you should have have [sic] to donate 100 dollars to Australia," Cummings, 37, tweeted, referring to the devastating wildfires.

She added in a separate post: "I am not watching the Golden Globes live but based on how pissed off everyone is my guess is that Ricky Gervais wrote and performed actual jokes."

"For anyone who wants to call @rickygervais mean: he's done more for animal welfare than most celebrities combined," said Cummings in another tweet.

She added: "The idea that anyone in a 4K dollar gown covered in diamonds waiting to win a golden plated prize would be upset about a good joke is wild #GoldenGlobes."

In an earlier post, Cummings also responded to a clip of Gervais' opening monologue, writing: "I LOVE YOU @rickygervais."

At the award show, Gervais called out the many stars in the room for their relationships to large corporations, like Apple, Amazon and Disney. Gervais also took jabs at the likes of Felicity Huffman and Leonardo DiCaprio.

He concluded his scathing monologue by warning the celebrities not to make any political or "woke" statements when accepting their awards. "You’re in no position to lecture the public about anything," he declared. "You know nothing about the real world. Most of you spent less time in school than Greta Thunberg."

On Monday, Gervais took a moment to reflect on his opening monologue as well as to thank the fans who supported his jokes.

"Thanks for all your amazing comments about my Golden Globes monologue," he tweeted. "Best reaction ever and that means a lot to me. I had a blast but thank f--k it's over, so I can get back to my real job of editing #AfterLife2 and touring #SuperNature."