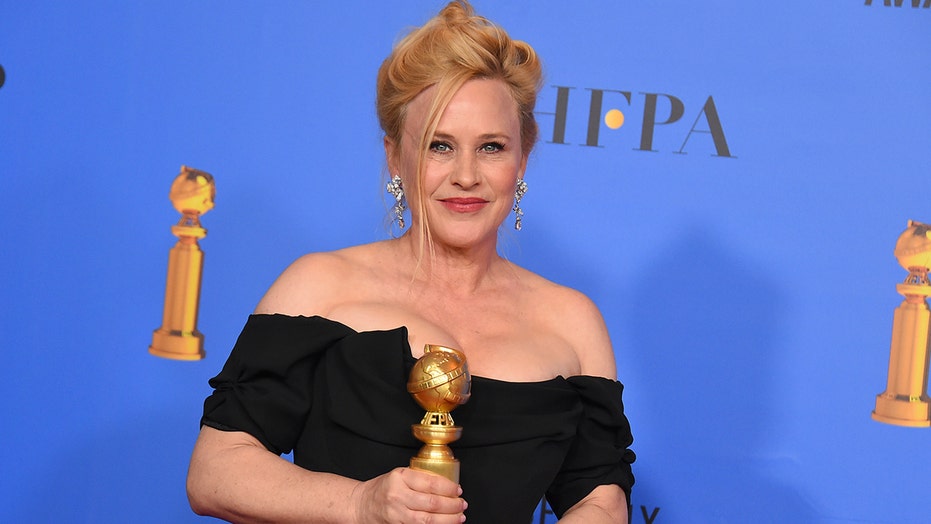 Patricia Arquette voiced her fears of war and urged the public to vote in this year's upcoming presidential election during her emotional Golden Globes acceptance speech on Sunday night.

The actress, 51, took home the award for best supporting actress in a TV series for her role in Hulu's "The Act," and quickly informed the audience that it wasn't the glamorous awards show the world will remember when looking back on 2020 in years to come.

"We're not going to look back on this night in the history books," she said, adding that the country will instead be remembered for being "on the brink of war."

Arquette was one of the many celebrities who took to Twitter earlier this week to denounce President Donald Trump following his ordering of an airstrike that took the life of Iran top general Qassem Soleimani.

In her acceptance speech, Arquette accused Trump of tweeting "out a threat" and then shared her fear of the country's grim future if another war takes place. Her fears included "young people risking their lives traveling across the world" and parents "not knowing if bombs are going to drop on their kids' heads."

Arquette, a mother of two, then begged the audience to assist in making a change by voting in the presidential election later this year.

Arquette's speech comes just days after dozens of stars took to Twitter to label Trump a "threat" to America after Soleimani was killed.

The award-winning actress' sister, Rosanna Arquette, was among the celebrities who slammed Trump on Friday by claiming that he was following in the footsteps of Hitler.