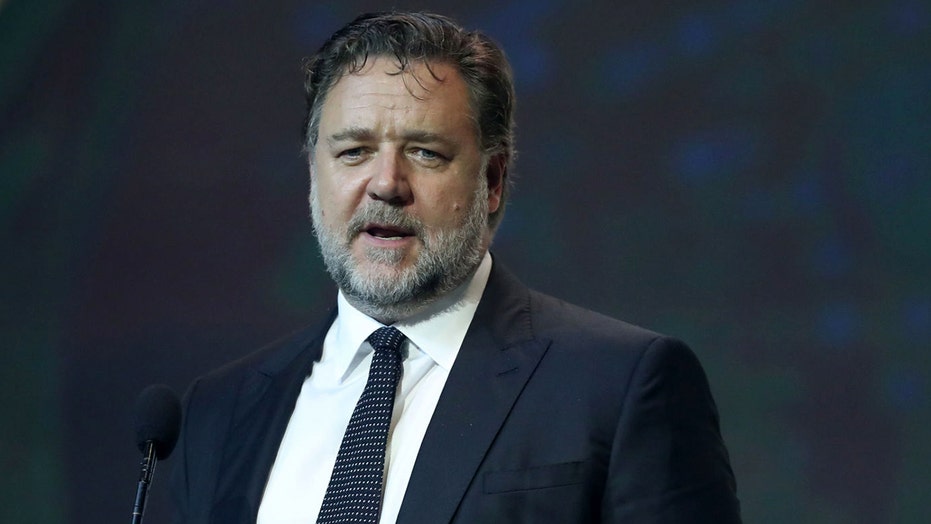 Russell Crowe was a winner at the 77th Golden Globes on Sunday, but he was not there to accept his award.

The 55-year-old actor stayed behind in his native Australia on Sunday due to the devastating wildfires tearing through the continent. Just minutes into Sunday's ceremony, Jennifer Aniston and Reese Witherspoon were the presenters who announced Crowe took home the award for the best performance by an actor in a limited series or a motion picture made for television for his role in "The Loudest Voice."

After announcing Crowe's win, Aniston explained that the actor was not able to make it to California for the show because he stayed home to protect his family from the deadly bush fires.

Aniston then read a speech Crowe prepared beforehand in case he won. In it, he pleaded for the audience to "make no mistake" amid the fires.

"The tragedy unfolding in Australia is climate change based," Crowe's acceptance speech continued, adding a wish for viewers to "respect our planet that way we all have a future."

Last month, Crowe shared a selfie of him and actress Nicole Kidman, who grew up and also has properties there, making their way to Australia ahead of the Christmas holiday.

"hey @qantas thanks for getting me home in time for Christmas out of the craziness that is LAX, and thanks for the pure gift of sitting next to one of my favourite people in the universe," he captioned the photo.

Hollywood's biggest stars are continuing to spread the word about the deadly fires on social media, with many already announcing the donations they have made as a means to help battle the flames and protect its wildlife.

“I am totally devastated watching what is happening in Australia right now with the horrific bushfires,” Pink announced to her 32.2 million Twitter followers on Saturday.

Bindi Irwin and her family, who own and operate the Australia Zoo, have dedicated the last few weeks to saving as many animals as they can.

"With so many devastating fires within Australia, my heart breaks for the people and wildlife who have lost so much," she wrote Thursday on Instagram.

"I wanted to let you know that we are SAFE,” Bindi added. “There are no fires near us @AustraliaZoo or our conservation properties."

The 21-year-old activist shared that they have treated over 90,000 animals thus far.

The wildfires have burned millions of acres in New South Wales, Victoria and South Australia, an area twice the size of Maryland. In New South Wales, the rural fire service (RFS) said as of Sunday there were 150 fires active in the state, 64 of them uncontrolled.

"It's not something we have experienced before," New South Wales Premier Gladys Berejiklian said.