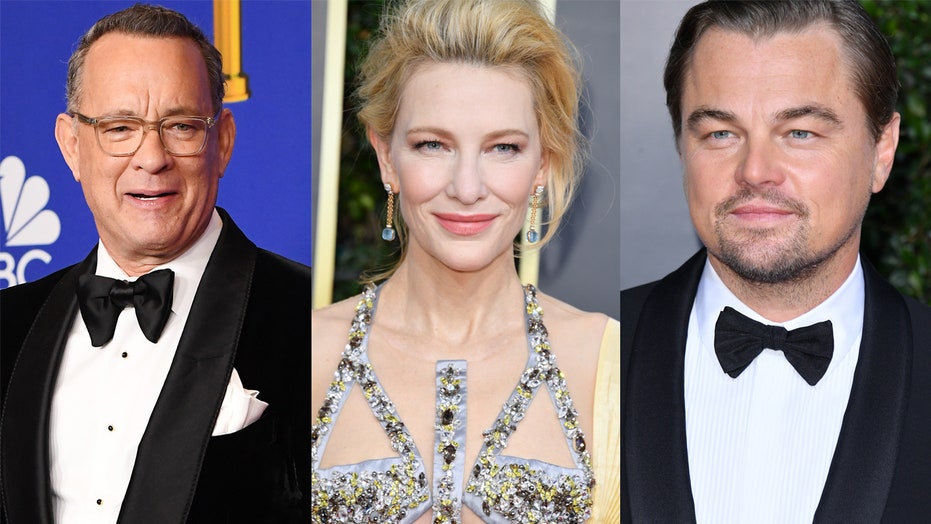 Ricky Gervais didn't hold back during his opening monologue at the Golden Globes.

When Gervais, 58, took to the stage on Sunday to welcome guests to the Golden Globes, he ripped into the likes of Felicity Huffman, Leonardo DiCaprio and more.

Toward the end of his monologue, Gervais took aim at "woke" celebrity culture.

"You say you're woke, but the companies you work for, unbelievable," Gervais said. "Apple, Amazon, Disney. If ISIS started a streaming service, you'd all call your agent."

The comment earned many laughs and dropped jaws, but Tom Hanks' reaction may have been the best.

The "Castaway" star, 63, raised his eyebrows and his eyes dropped to the floor as he held his breath.

Hanks wasn't alone in his reactions, as the speech drew several funny faces from stars.

After making a joke about Jeffrey Epstein's death, Cate Blanchett and Lauren Graham could be seen laughing reluctantly.

After Gervais made a crack about DiCaprio dating younger women, the "Wolf of Wall Street" star could be seen laughing.

Gervais would continue to ask that politics be left out of acceptance speeches.

"If you do win an award tonight, don't use it as a platform to make a political speech, right? You're in no position to lecture the public about anything," he said. "You know nothing about the real world. Most of you spent less time in school than Greta Thunberg."