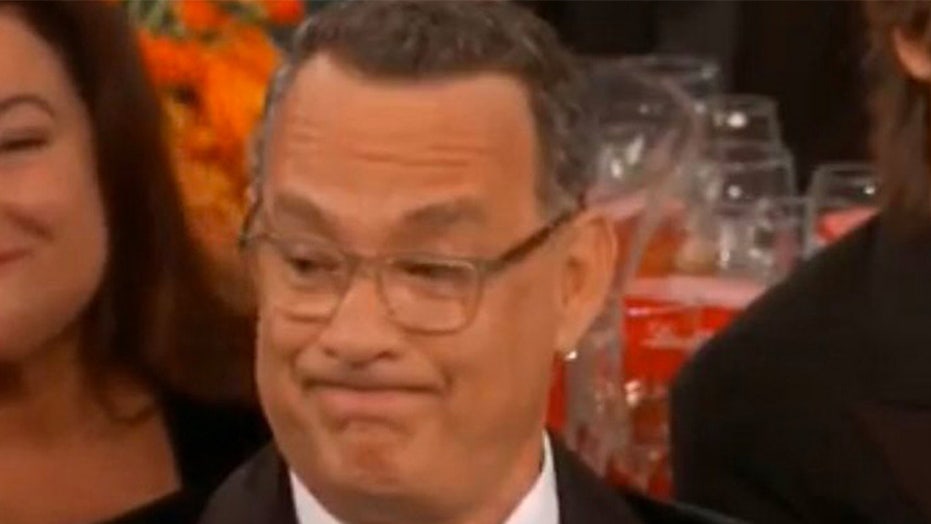 Ricky Gervais' most controversial moments from the 2020 Golden Globes

The Golden Globes on Sunday marks Ricky Gervais' fifth time as host. Here are some of his most controversial moments.

The 63-year-old didn’t hide his stunned reaction to Golden Globes’ host Ricky Gervais and his shocking monologue during the televised ceremony on Sunday night.

The actor’s eyes widen and jaw dropped as Gervais, 58, joked about Felicity Huffman’s recent stint in prison following her college admissions scandal. At one point, the star, who was sitting next to his wife Rita Wilson, appeared tense as he looked away from the stage.

TOM HANKS ADDRESSES SUCCESSFUL, SCANDAL-FREE CAREER AT THE GOLDEN GLOBE AWARDS: 'THERE'S NO STRATEGY TO IT'

“I came here in a limo tonight and the license plate was made by Felicity Huffman,” said Gervais. “It’s her daughter I feel sorry for. That must be the most embarrassing thing that’s happened to her, and her dad was in ‘Wild Hogs.’”

Viewers immediately took to social media where they weighed in on the comical moment.

“Tom Hanks is the only thing worth watching at the #GoldenGlobes,” tweeted one viewer.

“When your parents yell at your siblings,” joked another.

“When your friend goes against your advice,” tweeted one user.

“This day in history: Tom Hanks witnesses the brutal assassination of actress Felicity Huffman,” chimed another.

The Emmy award-winning actress had tears in her eyes as she apologized to U.S. District Court Judge Indira Talwani ahead of her sentencing.