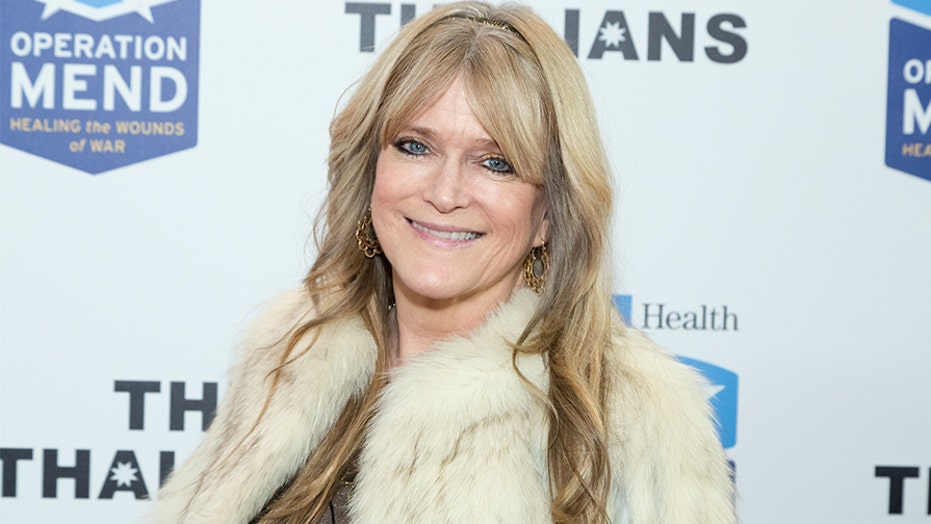 Ahead of the show’s 50th anniversary, “The Brady Bunch” cast is reuniting to renovate the family’s famous TV digs in HGTV’s “A Very Brady Renovation.”

Olsen famously starred as pigtail-wearing Cindy Brady in the beloved series, which chronicled the misadventures of a large family united when a widower (Robert Reed) and a widow (Florence Henderson) tie the knot. “The Brady Bunch” ran from 1969 until 1974.

But since the show came to an end — and before the “Brady” home became the subject of its new reality TV series, Olsen has kept herself busy not in Hollywood, but pursuing her passion for radio. Most recently, the now-58-year-old, along with ‘50s actress Kathleen Hughes, attended The Hollywood Museum to commemorate the life of Ida Lupino, as well as Olivia De Havilland’s 103rd birthday. The former child star is currently the host of a KABC Radio show on Sundays called “Sunday Night Live” with Frank Sheftel.

Olsen spoke to Fox News about revisiting the “Brady” home, why she gave up on acting and why she’s not afraid to voice her political beliefs.

Fox News: How does it feel to revisit the “Brady” home” on HGTV?
Susan Olsen: They performed a miracle. And it’s something that would have satisfied the 9-year-old me. As a little girl, I was always interested in architecture…. They contacted us and said they wanted us to be involved with the process… But they did the impossible – they recreated that set. And it looks exactly like the same house. People will get to see how that happens in the show — the decisions that were made, the construction that was going on. And all of us were experts designated to different rooms.

Fox News: What’s your relationship like with the other “Brady” kids?
Olsen: We have a ridiculously good relationship. We get along better than we did when we were filming “The Brady Bunch.” It was a really, really happy time filming that series, but it was also a love/hate relationship for those who wanted to continue acting because there was some typecasting involved. But I think we all learned with time that there’s something really precious about the show. And the truth is, it continues to make people happy.

Sebastian Bach once told me, “Dude, you are part of people’s childhoods, but you’re the good part. How could you ever, ever have a problem with that?” And he’s right. I’ve met so many people from over the years who told me the show saved their lives… It’s just really amazing.

Fox News: How did you cope with typecasting?
Olsen: I dealt with it by quitting. I left the business. I didn’t want to put up with that. I wanted out of that. And I later realized acting wasn’t really my medium… I later pursued life as a graphic and fine artist.

Fox News: Do you have any memories of your TV parents?
Olsen: It’s funny, we grew up with Florence’s kids. Robert Reed used to let us stay in his house when we were going to be in the Rose Parade. And when I went to the Academy of Dramatic Arts, he wrote my letter of recommendation. Obviously, this was before I gave up on acting. He even offered to let me stay in his home while I went to school there. He really was like a dad. They taught us to always be professional on set and arrive camera-ready.

Fox News: How are you keeping busy today?
Olsen: I started doing radio in 1995. In terms of entertainment, it was always my favorite medium because I could just be myself. I wasn’t much of a career woman when I was raising my son. I kind of believe in stay-at-home moms. I know that’s a form of luxury a lot of women can’t afford, so I was incredibly lucky. I did things that weren’t in the limelight but allowed me to be a stay-at -home mom and pay the mortgage *laughs*. But now that he’s 22, I am free. I can work *laughs*.

Six youngsters who only recently met line up outside a Los Angeles, Ca. courtroom June 18, 1969, to await approval of contracts calling for them to play brothers and sisters on a new television series. The series, called "The Brady Bunch," is about a widower with three boys who marries a widow with three girls and will premiere on ABC-TV in September. Left to right: Susan Olsen, 8; Michael Lookinland, 8 1/2; Eve Plumb, 11; Christopher Knight, 11; Maureen McCormick, 12; Barry Williams, 14. (AP)

Fox News: What can audiences expect from your current radio show?
Olsen: Well it’s me. And our show is more focused on guests. It’s like joining us at the living room and we have a guest over. And it’s not just the typical celebrities in a room. We like to spend the whole hour getting to really know the person and their lives.

Fox News: It’s been said you’re more politically conscious. Are you ever worried that people might think of you differently based on your beliefs?
Olsen: All the time… I've been the subject of fake news. And it was shocking to me. The story was that I had been fired for a homophobic rant on the air. Yeah, I did rant at a guy, but it was not on the air. And I never got fired. But it was all part of my punishment for admitting that I voted for Trump.

Things being not fair, things being untrue — I can't put up with it. I’m constantly being told by family members, “Susan, shut up. Don’t speak your opinion.” Because my opinion is not very popular in Hollywood. And I know people who have been completely blacklisted because they’re not on the left… I'm not even a Republican. It’s not that I’m all that conservative.

But gee, we used to be able to have differences. And if you talked about them, you’d usually find there really isn’t that much difference between the right and the left… Now people are being called hateful. Betsy Ross is now hateful and she was an abolitionist. The world’s gone nuts!... It’s misinformation. And these people are hypocrites.

Fox News: Have you received any kind of backlash recently over your political beliefs?
Olsen: Oh, I’ve said so much worse. But after the fake news bit, I left social media for a couple of years… It’s just too tempting to try to speak my mind. And it’s funny because I often had people on the other side say things that make me pause and reconsider what my position is… I try not to be controversial on social media but it’s hard to back away when someone knocks on American values. I really just want to protect them.

The youngest of the bunch, Cindy Brady with her cute blonde pigtails and lisp was portrayed by Susan Olsen. She was a big tattle-tale and a mischievous schemer, even getting quarterback legend Joe Namath to meet Bobby. (Getty)