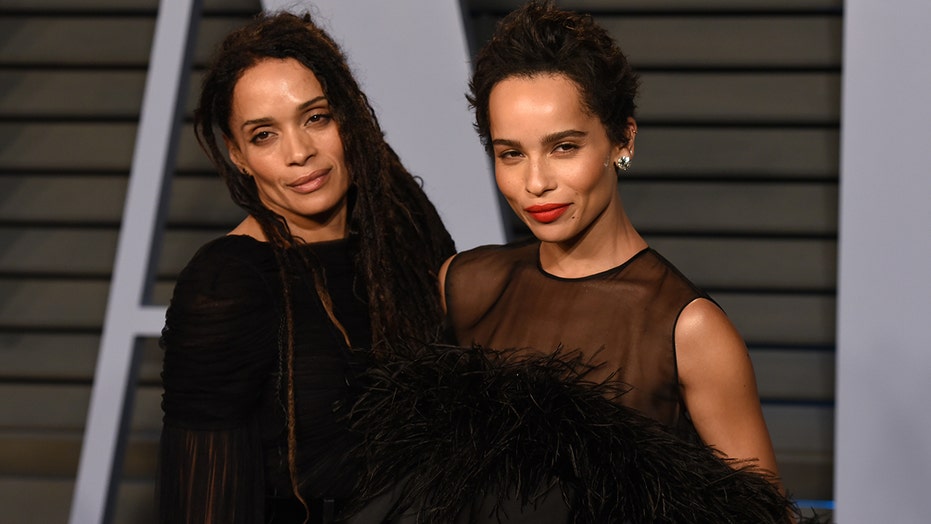 If you've ever spotted a mother-daughter pair and thought they looked like siblings rather than a parent and child, don't feel guilty -- while biological children are expected to bear resemblance to their parents, some go far beyond familial expectations.

Here are several prominent celebrity moms who have uncanny resemblances to their daughters.

In an appearance at the Dior Homme Menswear Spring Summer 2020 show -- as part of Paris Fashion Week -- last month, Kate Moss, 45, and her daughter Lila Grace, 16, showed off their striking resemblance in several photographs together.

The pair are shown to have the same lengthened hairstyle with a shared part in the middle, as well as very similar smiles.

KATE MOSS SAYS SHE WAS 'PRESSURED' TO POSE TOPLESS AS A YOUNG MODEL: 'I DIDN'T LIKE IT'

Moss shares Lila with media mogul, Jefferson Hack, and despite her young age, it seems she's already vying for the same modeling spotlight her mother had claimed as her own for years.

"Lila’s beauty, composure, patience and kindness made this project even more special than I could have imagined," Jacobs wrote on Instagram at the time. "With each look we photographed, she got into each character effortlessly and gracefully.

"Thank you, Lila, for being a part of this extremely special project and thank you, [Kate Moss] and [Jefferson Hack] for allowing us the privilege to work with your beautiful daughter."

Another uncanny mother-daughter resemblance on display during Paris Fashion Week? The moment when Uma Thurman and her daughter, Maya Hawke, were photographed next to each other.

As the oldest child of Thurman, 49, and ex-husband, Ethan Hawke, Maya, 21, is seen having the same stunning eyes of her iconic mother, along with a shared love for red lipstick.

In a recent interview with Us Weekly, the "Stranger Things" actress opened up about her relationship with her parents growing up, revealing that despite her mom and dad's fame, she kept a close bond with both of her parents throughout her childhood.

"I was never aware of my parents being anything other than my parents," the "Little Women" star told the outlet. "They were present, and we played games and took train rides. I didn’t feel like I was in a public family except for a few horrifying high school moments along the way.

"But for the most part, I just love my family and my parents, and it doesn’t matter what they do. That’s how they raised us."

Goldie Hawn and Kate Hudson arrive at the Los Angeles Premiere of "Snatched" at Regency Village Theatre on May 10, 2017 in Westwood, Calif. (Jon Kopaloff/FilmMagic via Getty)

Apart from both achieving massive amounts of success on the big screen in numerous romantic comedies, this mother-daughter pair bears unmistakable similarities to each other.

In the above photo, Kate Hudson shows off the same radiant blonde hair and distinctive eyes that made her mother, Goldie Hawn, a star.

In an Instagram post last November, Hudson, 40, honored her mother's 73rd birthday with a throwback beach photo, showing her son Ryder as a toddler, sandwiched between the mother-daughter pair.

She captioned the image, "Fearless leader, my number one, my heart, my love, my joy, my everything, MY MAMA!"

When Reese Witherspoon stepped out to promote the second season of "Big Little Lies" in May, she brought along her daughter, Ava Philippe -- who she shares with ex-husband Ryan Phillippe -- to the New York City premiere.

The pair showed off their trademark similarities, and both posed with their hands on their hips, making for a real-life mirror image.

Ava's bond with her mother extends far beyond their physical looks, however.

In a post to Instagram earlier this month, the 19-year-old honored Witherspoon, 43, with a heartfelt message, writing: "This is the gorgeous woman who taught me about the power of graciousness, love, ambition, and hard work. She inspires me everyday to live with gratitude for the life I’ve been given and compassion for others."

She concluded the post by writing, "I’m thinking about her a little extra today, that’s all."

Gigi and Bella Hadid, along with their mom, "Real Housewives of Beverly Hills" alum and model, Yolanda Hadid, have turned heads on the runway individually for many years, but when seen side by side, it's clear, they all share the same stunning genes!

In a 2018 interview with Fox News, Yolanda shared the secrets behind her daughters' statuses in the modeling industry, claiming that teaching Bella, 22, and Gigi, 24, about hard work and embracing their individuality were the keys to their eventual success.

YOLANDA HADID, 55, LOOKS STUNNING IN NEW BIKINI PIC WHILE ON VACATION IN HER 'HAPPY PLACE'

"The secret, I think, is to be authentic to who you are," Hadid, 55, told Fox News. "Like I always say to my girls, there [are] a million girls who are as beautiful as you are and deserve success as much as you do. So how are you going to set yourself apart?

"And in my opinion, that’s to be a good person, be kind to everybody, be the hardest working girl on set and be authentic. And it has worked for them," she noted.

In a 2015 Instagram post, Demi Moore, alongside daughter Rumer Willis, stood against a wall while wearing the same navy blue outfit, along with round-framed glasses, which poked fun at their nearly identical resemblance.

"That moment when you realize you actually are becoming your mother," Willis, 30, captioned the post, along with the hashtags #twinning and #imnotmad.

In 2017, Willis graced an ad campaign for Gap, which was an homage to her mother's very own campaign for the clothing company, which ran back in 1990.

Willis -- who Moore, 56, raised with fellow actor Bruce Willis -- honored her mother and her strong personal commitment to family.

"I think the times that are most important with your family are not the ones that are definitely hard, because I feel like people always come together at hard times," she told Entertainment Tonight in 2015. "But I think if you have consistency with your family -- enough that they're there when it's good as well -- then you know, it kind of lays that foundation."

In the above image, the duo showcases their uncanny resemblance, which includes their mutual eye color and similar smiles.

Last October, Kravitz -- whose dad is singer Lenny Kravitz -- posed nude for Rolling Stone's Hot Issue, after Bonet herself did the same 30 years prior, back in 1988.

While Bonet, 51, certainly showed some skin in her original cover shoot, Kravitz pushed the envelope for her own cover, only censoring herself with her trademark long hair.

"I've always loved that cover so much. When I think of Rolling Stone, that's always the image that pops into my head. It's a really striking image of her. It's beautiful," Kravitz said.

The 30-year-old also revealed that Bonet originally wanted a more revealing picture to grace the 1988 Hot Issue cover, along the lines of her daughter's newer photo, but the magazine opted for a slightly more clothed option instead.

"I think she was a little bummed when they used the shirt picture as the cover," Kravitz explained. "It's less about the picture, and more about doing the thing my mom intended to do. That feels cool."