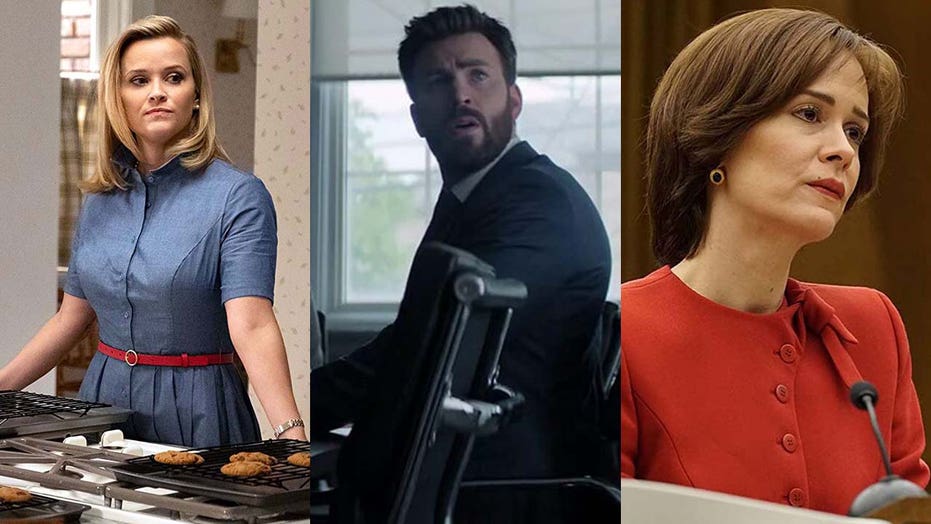 If a movie is too short, but getting sucked into a whole new TV show takes way too long, the sweet spot is a good miniseries.

In just a handful of episodes, miniseries can take extra time to tell a single story without stretching it out into a full series, making it the perfect option to binge.

Often dramas, miniseries are just a few episodes and there's no second season -- save that for an anthology series -- so there's no getting roped into a long-lasting show, but there's also the luxury of more detailed storytelling than a movie can provide.

Here's a look at some of the best miniseries available to stream:

A true story, "Unbelievable" chronicles the investigation of a series of rapes that lead two detectives to clear the name of a young woman accused of lying about her own sexual assault.

The detectives, one hardened by disappointments and the other more compassionate, work hard to catch their own guy, leading to crimes that crossed state lines

An anthology that tells true crime stories in American history. The first season retells the famous trial of O.J. Simpson, delving into the stories of prosecutors Marcia Clark and Chris Darden, as well as Simpson's relationship with his attorneys.

The followup chronicles the events surrounding the murder of Gianni Versace by serial killer Andrew Cunanan. The series also examines Cunanan's background and the effects the murder had on Donatella Versace.

"Hollywood" follows two groups of people as they work to develop a movie considered risky for Hollywood's Golden Age. The first group is a crew of diverse filmmakers fighting to make a difference in Tinsel Town.

Secondly, an older group of industry executives have to wrestle with morals and expectations in telling the story of an African-American woman on the big screen.

"Self Made: Inspired by the Life of Madam C.J. Walker"

Although it takes some creative liberties, "Self Made" tells the story of African-American hair care pioneer Sarah Walker, better known as Madame C.J. Walker.

In the series, Walker battles a rival to create and sell the highest quality product and earn fame and fortune along with it.

When Lily's boyfriend dies under mysterious circumstances, the quantum computing company they both work for takes over the investigation.

However, in usual dramatic fashion, Lily comes to suspect that the company may actually be behind the death as well.

Where to stream: Hulu

When a single, black mother moves into a rental property owned by an affluent white family with a seemingly perfect life, the lives of both families start to unravel over political differences.

When a high-profile lawsuit rocks the town of Shaker Heights, Ohio, morals and boundaries are tested for everyone involved.

Where to stream: Hulu

Jason and Nikki want to have a child more than anything in the world, but like many couples, they struggle to conceive.

With a desire to start a family, they choose to adopt, but oddities in their lives brought about by family and friends could prevent them from finally becoming parents.

Where to stream: Apple TV+

When Andy's son Jacob is accused of murder, he'll do anything to maintain his son's innocence -- even turning a blind eye to incriminating evidence.

As more evidence arises, another suspect is mysteriously eliminated and a second murder occurs, Jacob's family begins to suspect the worst.

Where to stream: Apple TV+