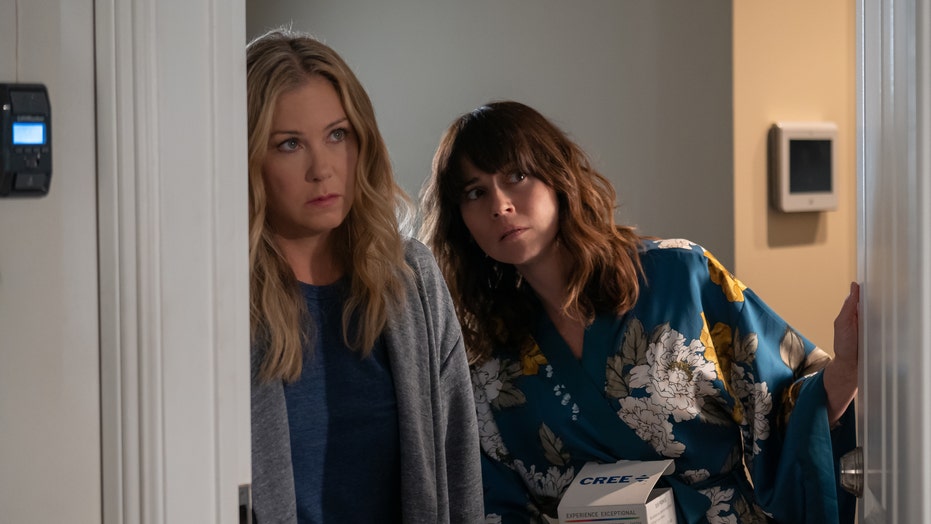 Are you looking for some new content to consume?

Even though productions on many TV shows and movies are currently on hold, a few series were fortunate enough to wrap up shooting and editing before the coronavirus pandemic began sweeping the world.

Big shows dropping in this summer include comedies like "Dead to Me" and "Ramy," while new dramas "Hightown" and "Snowpiercer" bring the suspense.

Meanwhile returning shows like "Yellowstone" and "Dirty John" will make your family problems seem a little less awful in comparison to theirs.

A hotheaded widow searching for the hit-and-run driver who mowed down her husband befriends an eccentric optimist who isn't quite what she seems.

'Dead to Me': Christina Applegate as Jen and Linda Cardellini as Judy (Netflix)

Follow the parallel lives of identical twin brothers Dominick and Thomas Birdsey in a story of betrayal, sacrifice and forgiveness.

It's an interactive Kimmy special! Kimmy's getting married, but first, she has to foil the Reverend's evil plot. It's your move: What should she do next?

A genre-bending, anti-historical ride through 18th-century Russia following the wildly comedic rise of Catherine the Nothing to Catherine the Great.

After a body washes ashore during a holiday weekend, a National Marine Fisheries officer is caught up in a web of drama as she tries to solve the case on her own.

Set more than seven years after the world has become a frozen wasteland, this series centers on the remaining people, who inhabit a gigantic, perpetually-moving train that circles the globe.

Viewers follow along on one woman’s unconventional journey toward potential love and motherhood in this new unscripted show.

A woman wakes in a rowboat adrift a lake, with no memory of how she got there -- or even who she is.

A new romantic comedy anthology series about a thirtysomething's journey to find love.

A four-star general begrudgingly teams up with an eccentric scientist to get the U.S. military's newest agency -- Space Force -- ready for liftoff.

A young man is a first-generation Egyptian-American who is on a spiritual journey in his politically-divided New Jersey neighborhood.

Season 2 of the true-crime anthology series focuses on love, marriage, betrayal, and murder.

The celebrity chef travels around the world meeting with indigenous people to learn about their foods and cultures.

A socio-political drama about growing up on the South Side of Chicago.

A wealthy rancher and his family must fight to protect what is theirs -- by any means necessary.

A legal drama set in 1932 Los Angeles and based on novels and short stories penned by Erle Stanley Gardner.