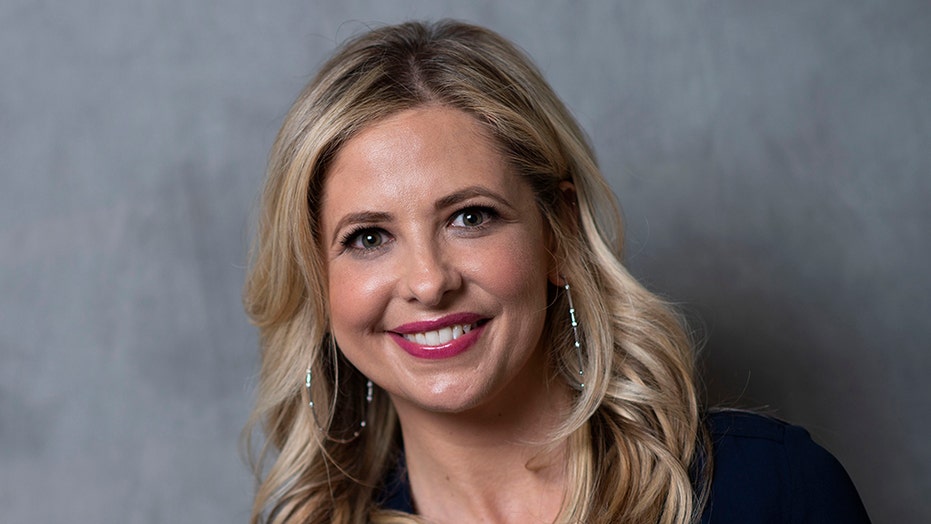 Sarah Michelle Gellar is throwing it back to her "Buffy the Vampire Slayer" days.

On Thursday, the 43-year-old actress took to Instagram to share a photo of herself rocking her character Buffy Summers' prom dress -- from the show's season one finale -- paired with a black leather jacket.

"All dressed up and no where [sic] to go. 'I say we party' #safeathome #prophecygirl," she captioned the snapshot referring to the 1997 episode titled "Prophecy Girl."

DOLLY PARTON SECRETLY PRODUCED 'BUFFY THE VAMPIRE SLAYER' AND FANS ARE STUNNED: 'WE DO NOT DESERVE HER'

The nostalgic photo sent fans into a frenzy with one social media user asking the star if she was donning, "THE dress," to which Gellar replied: "You know it."

Another fan asked Gellar if she could "model a Buffy outfit weekly," but Gellar said that the dress "might be all i [sic] have."

Former "Real Housewives of New York City" star Bethenny Frankel also weighed in, joking: "This is exactly what I look like-minus being clean and pretty and nicely colored hair and in clothing."

THEN/NOW: THE CAST OF 'BUFFY THE VAMPIRE SLAYER'

Parton's actual name never appeared in the rolling credits of the hit series, however, Sandollar Entertainment, the production company Parton co-founded and owned, was responsible for bringing the show to life on the small screen.

Parton created Sandollar Entertainment with her former longtime manager, Sandy Gallin, in 1986. According to IMDb, the company produced "Buffy the Vampire Slayer" for its seven seasons.

And in 1992, the production company worked on the original "Buffy the Vampire Slayer" feature film, meaning she had an important role in the show's genesis.