NEW YORK – Larry Birkhead can still vividly remember the last time he spoke to the love of his life.

Anna Nicole Smith, a small-town stripper-turned-Playboy-centerfold, reality TV star and widow of an oil billionaire who was 63 years her senior, passed away in 2007 at age 39 from an accidental drug overdose.

Birkhead recalled that unforgettable conversation he had with the buxom blonde, who was pregnant with their daughter Dannielynn. At the time, Smith fled to the Bahamas to give birth and reportedly escape the attention of Hollywood paparazzi.

Anna Nicole Smith in publicity portrait for the film "Naked Gun 33 1/3: The Final Insult," circa1994. (Photo by Paramount/Getty Images)

“My goal at the time was to try to get her to come back to the U.S. from the Bahamas, and I had almost got her to that place of saying that she would do it,” the celebrity photographer told Fox News. "We still had that connection and she was really more curious about what I was doing at the time, the last time I spoke with her. I told her that I was going on a tour with a country artist, this female country artist.

“She wanted to know all about her,” Birkhead continued. “‘Who is she, what does she look like?’ It was one of those things where she was kind of getting a little jealous about it and she started crying about it. And that same day she had to go to the emergency room because she was so upset. She actually gave birth early to my daughter because of her getting so upset at that time. And she sent me an [instant message on AOL Instant Messenger]. She said, ‘Don’t fall in love again.’ And then she had a crying face and then she signed off. That’s the last time I spoke to her.”

Their daughter Dannielynn was born on Sept. 7, 2006. But then on Sept. 10, Smith’s 20-year-old son Daniel from a previous marriage died suddenly from an accidental drug overdose. At the time, he was visiting his mother and baby sister at the hospital.

JOHN F. KENNEDY JR.’S ASSISTANT RECALLS HER FRIENDSHIP WITH CAROLYN BESSETTE: ‘SHE WAS SO WARM AND FUNNY’

Mere months later, Smith would also be dead. The series of events felt like whiplash for Birkhead, who was attempting to make sense of it all.

“Really for me, it was tough,” Birkhead admitted. “I went to the point where I had dropped 30 or 40 pounds. I couldn’t eat, I couldn’t sleep. It was a tough spot to be in.. Not having to witness your child being born, to then having to hear that Anna’s son died, then having to deal with Anna’s death, then planning Anna’s funeral. I went from buying a tombstone to buying my daughter’s first birthday present and planning her birthday party. It was a lot for me to process. And... I was in a spot where I was numb for a while. I just walked through it.”

But shortly after Smith’s death, Birkhead was faced with a very public custody battle where he had to prove Dannielynn was indeed his child. Smith’s former lawyer, Howard K. Stern, had been listed as Dannielynn’s father on the birth certificate and had been fighting for custody, the New York Times reported. Frederic van Anhalt, the husband of actress Zsa Zsa Gabor, had also claimed he was Dannielynn’s father.

“My relationship with Anna sometimes was portrayed as I got lucky in the DNA lottery from a one night stand,” he explained. “And my relationship with her was actually two years plus and we covered a lot of territory in that. There [were] a lot of ups and downs.”

Birkhead first met Smith briefly in 2003 for the Kentucky Derby festivities in his home state. However, it wasn’t until 2004 — after Smith’s dramatic weight loss transformation — that the pair bonded in private.

“I couldn’t tell anybody that we were dating,” said Birkhead. “It actually worked against me after she passed [when] I was still trying to prove paternity, even though I knew I was the father and Anna knew I was the father… but to the world, it was a mystery… I couldn’t talk about our relationship and there [weren’t] a lot of pictures of us and footage of us as a couple. She was supposed to be this kind of available sex goddess. That was her persona that she was supposed to be available and the object of everyone’s desire. It worked against me in so many ways.”

Actress and model Anna Nicole Smith attends the 130th Running of the Kentucky Derby May 1, 2004, in Louisville, Kentucky. (Photo by Mike Simons/Getty Images)

Birkhead said that during their whirlwind relationship, the notoriously public star spoke candidly about her upbringing in Mexia, Tex.

“I don’t think she had great family support and great guidance,” he shared. “She dropped out of school early. She didn’t have a good family unit… I think she was lacking in the foundation that it took to maneuver through life and to handle some of the stress and things that she went through as a celebrity. It didn’t really prepare her for that.

“I think Anna could have benefitted more from having people who were genuine and that could give her better guidance and advice,” he continued. “But at the same time, she accomplished a lot in her short time and she was a great mom to her son. She could have been a great mom to our daughter. That is unfortunate. I think there are a lot of lessons to be learned in Anna’s story.”

Dannielynn Birkhead and Larry Birkhead attend the 145th Kentucky Derby at Churchill Downs on May 04, 2019, in Louisville, Kentucky. ((Photo by Jason Kempin/Getty Images for Churchill Downs)

Today, Birkhead is a single parent living a quiet life in Kentucky where he’s been raising Dannielynn, 13, —  far away from Hollywood.

“I’m proud of my daughter because without her mom she’s [still] such a great kid and she does her best every day,” said Birkhead. “She makes me laugh and smile and I embarrass her every day like most dads do. She does not like the dad jokes and there are certain rules we have where I’m banned from social media and I’m not supposed to say things and I’m not supposed to post things. It’s not cool to walk with her to school anymore, show up at the school dance and start dabbing or doing a dance that I think might be cool. But she’s funny and I’m proud of her. She’s a great kid.”

Birkhead hopes the special will finally shed light on his relationship with Smith and how it continues to impact his life today.

“I think people will learn from our love story,” he said. “It wasn’t always perfect, but it was love. And in making this I’ve realized that not all love is perfect, but it’s the love that you know and that’s what we had.” 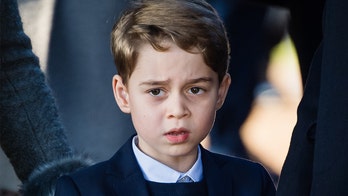 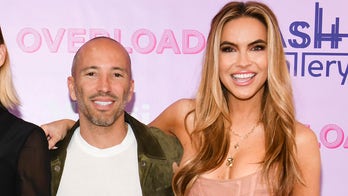 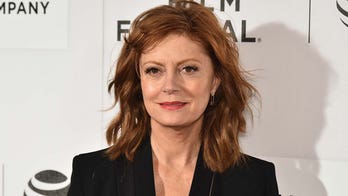 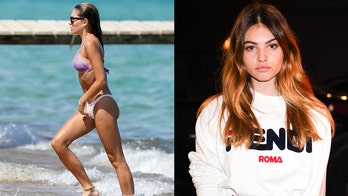 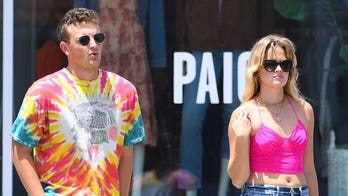