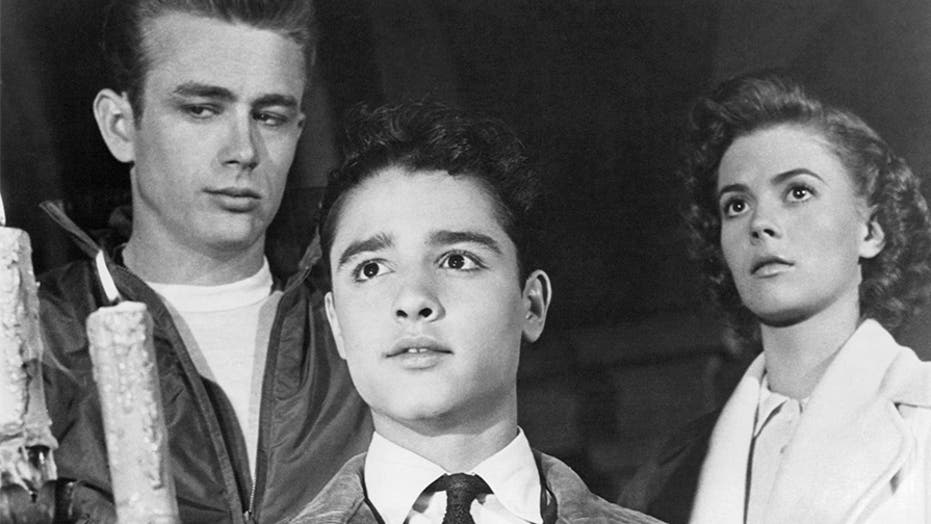 When Michael Gregg Michaud published his biography on Sal Mineo in 2010, he had no idea that some of the late actor’s living relatives would finally come forward.

The author’s book, titled “Sal Mineo: A Biography,” was adapted into a 2011 film directed by James Franco titled “Sal.” The former teen idol, who was nominated for two Oscars in his lifetime and made his mark in Hollywood with the 1955 teen drama “Rebel Without a Cause,” was stabbed to death on Feb. 12, 1976, at age 37. The star would have turned 81 on Jan. 10.

“When I was writing this book, there were many people who wouldn’t talk to me,” Michaud told Fox News. “They were afraid to talk about his sexuality and what a writer would do with the information. But I had no intention of trashing him. And I didn't.”

“But still, there were a number of people who didn’t want to speak with me,” Michaud continued. “After the book came out, I was contacted by almost all of them who said they loved the book. Then they started telling me all the new stories about their time with Sal. I made sure to note down everything.”

Michaud said he was determined to set the record straight on Mineo, who had been seemingly forgotten in Hollywood after his brutal death. On that tragic night, Mineo was heard crying out “Help! help! Oh my God!” before he was killed with a single knife thrust to the chest outside his West Hollywood apartment, the New York Times reported.

The coroner’s office reported Mineo had “died of a massive hemorrhage due to the stab wounds of the chest penetrating the heart." Don Dyznan, the assistant coroner, revealed a “heavy type knife” was used for the fatal blow.

Sal Mineo rehearsing for his play "P.S. Your Cat is Dead." (Photo courtesy of the author.)

Mineo was returning from the Westwood Playhouse where he was rehearsing for the play, “P.S. Your Cat is Dead” when he was ambushed in the garage area, the outlet noted.

It took two years for Mineo’s killer to be found. But the conspiracy theories immediately began after Mineo's death.

“When the police arrived, they went into his apartment and found gay magazines and a pair of leather pants in the closet,” Michaud explained. “They just seemed to make this crazy blind leap, concluding it was a gay murder. It didn’t mean that they didn’t take the case seriously. But it really turned the investigation in a very different direction, which is why it took so long to finally get the truth. It’s a shame because it demeaned Sal in the public. It made it very sorrid when it wasn’t.”

An Early shot of Sal Mineo. (Photo courtesy of the author.)

Michaud noted that even today, decades later, misconceptions about Mineo’s brutal demise continue to overshadow his work in Hollywood.

“There are people who still question his death,” said Michaud. “It’s sad. “I think people love conspiracy theories. Some people can’t accept that something so terrible and random could happen to a famous person. It’s just very hard to believe that. I think we saw that with Princess Diana. Even to this day, people still question his death. There are still people on social media who contact me and ask, ‘Wasn’t this a sex killing?’ It never seems to go away.”

At first, police suspected Mineo’s work in prison reform had put him in contact with a dangerous ex-con, History.com shared. One source involved with the investigation had checked on the “drug angle,” the New York Times noted. Detectives had suspected the assailant may have been a drug addict looking to rob a local resident as the house district had a “large population of types who might have a drug habit.”

Sal Mineo struggled to transition from teen idol to adult actor. (Photo courtesy of the author.)

However, History.com revealed investigators focused on Mineo’s personal life, noting his home “was filled with pictures of nude men.” Their angle of a homosexual-related killing resulted in zero leads.

Mineo was gay was during an era in Hollywood when coming out would have completely destroyed his career. At the time of his death, he was living with longtime love Courtney Burr, whom he met in 1971. Michaud shared the now-retired acting teacher initially wanted nothing to do with his book. But eventually, Burr was willing to share what his relationship was really like with the star and how his horrific murder forever changed his life.

“It was devastating,” said Michaud. “He was in New York at the time. Sal was rehearsing in Los Angeles. Courtney was supposed to fly to Los Angeles that day. He had a business opportunity, so he called Sal and said, ‘I’m going to delay this trip because I have this chance.’ It involved a screenplay he was working on.

Sal Mineo, right, and Courtney Burr circa 1974. (Photo courtesy of the author.)

“Sal was totally fine with that. He was busy rehearsing. But later that night, someone called Courtney and told him Sal was killed. He couldn’t believe it… It was absolutely horrible. They really did love each other.”

“She adored him, and he adored her,” said Michaud. “All three of them became great buddies.”

Unexpectedly, Michigan authorities reported Lionel Williams, who was arrested on bad check charges, was bragging to everyone that he killed Mineo, History.com shared. Williams later retracted his claims, but his wife in Los Angeles told police he had come home on the night of the murder “drenched in blood.”

Sal Mineo with Jill Haworth. (Photo courtesy of the author.)

While eyewitnesses initially described the assailant as “a white male with long hair and wearing dark clothes,” Williams, a pizza deliveryman, is African American. Still, all the evidence ultimately pointed to Williams. In 1991, William was sentenced to at least 50 years in prison for killing Mineo, as well as committing 10 robberies, the New York Times reported.

Williams was paroled in 1990. According to the E! series “Mysteries and Scandals,” Williams was later arrested again “for a robbery and homicide.”

Despite all the conspiracy theories that have existed for decades, Michaud stressed it was a robbery gone horribly wrong.

“[Lionel] didn’t even know who he was,” said Michaud. “He had been on a crime spree for a week or 10 days before. This was the first time anyone was fatally injured. Sal cried out for help when he saw this guy approach him. [Lionel] had a knife and stabbed him, probably not meaning to kill him, but just to shut him up. But the stab was fatal. There’s no doubt he killed him. But still today, there are people who questioned it.”

An early snapshot of Sal Mineo at home in The Bronx, New York. (Photo courtesy of the author.)

Michaud said those who knew and loved Mineo have wondered what could have been for the actor.

“It’s tragic because he was on a good road,” he explained. “He was happy personally. His play was incredibly successful in San Francisco. And he thought that bringing the play to Los Angeles would have been well-received and in turn, would have given him the critical notice he had wanted for such a long time.

“And there was a possibility that the play, with him in it, would have gone to Broadway. He was very excited about that. A few days before he was murdered, he… learned a deal with MGM was secured for Sal to direct his first movie. There were a lot of good things to come. He was at long last on his way to doing what he truly wanted to do at that point in his life.”

Michaud said many people, including Mineo’s cousins, have since reached out with rarely heard stories about the former idol. Michaud hopes he can ultimately re-release his original biography and shed new light on a star who has seemingly faded with time.

“The new information I have doesn’t change the ultimate outcome of his life,” said Michaud. “But it reveals how truly remarkable Sal was. And as all of these awful, ridiculous theories popped up after his murder, it was just very damaging to whatever reputation remained. That’s when people initially refused to talk about him. It lent itself to perpetuating this myth that he was somehow living in the underworld of Hollywood.”

“I interviewed over 100 people for this book,” continued Michaud. “And yet there was not one person — man or woman — who did not say that they didn’t love him. Not one. No one had an unkind word. All you heard was, ‘I loved him.’ For everyone to love you? That’s something.”