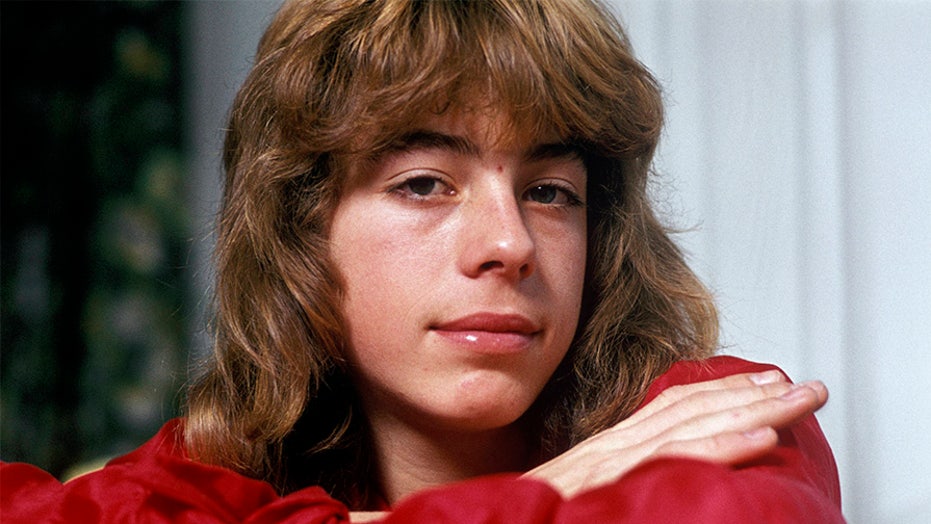 Leif Garrett was a busy child actor in the early ’70s when he was given the chance to make a record — an experience that led to extraordinary highs and lows.

Garrett not only became a teen idol overnight with jet-setting tours and numerous Tiger Beat covers, he was also exposed to drugs and alcohol. And just as quickly as he achieved fame, Garrett endured a devastating downfall and ultimately battled addiction for years.

Garrett is now 58 and sober and sharing his story in the memoir “Idol Truth,” which details his journey to Hollywood and how it all went wrong. Garrett spoke to Fox News about the misconceptions he wanted to address, why he resorted to drugs and what his life is like today.

Fox News: What inspired you to write this book now?
Leif Garrett: Enough time has passed. I feel people don’t really know who I am. There have been so many misconceptions about me. For years, there are certain things about my life that just didn’t sit well with me. I went through so much as a teen idol. I needed to share those truths.

Fox News: What were some of those truths you wanted to address?
Garrett: For starters, when I was a teen idol, my managers would lie and say I was sick from exhaustion when, in reality, they wanted to make sure my shows were sold-out. So here I was, pretending to be sick, living this lie, just so that I can embody this perfect image of what they wanted me to be. It was wrong.

These were things I wasn’t allowed to admit... When I was a young man, I was offered this chance to have a music career. But instead of doing it the right way – training with a singing coach – my voice was processed to the point where it barely even sounded like me. You hear me singing on the records, but it wasn’t just me alone.

Leif Garrett said there were many misconceptions he wanted to address in his memoir titled "Idol Truth." (Photo by Dick Darrell/Toronto Star via Getty Images)

[The production team] brought in this background singer and his voice was very prominent. At times, it felt like we were making his record instead of mine. That’s just fraud. It’s a misrepresentation. It didn’t sit well with me then and it doesn’t sit well with me now. I felt like I was being taken advantage of for my looks when I really just wanted the chance to act. Hearing this background singer dominate those sessions, I just felt like this wasn’t my record at all even though I was singing too.

It didn’t make sense to me. As a matter of fact, there are a couple of songs that if you listen carefully, it’s just not me at all. My vocals are mixed in there but it’s just not me. You can tell the differences in the voices. But finally being able to share this meant I can now have a clear conscience… The singer, Jim Haas, has since passed away, unfortunately.

Fox News: According to your book, you were forced to sing these oldies with a lot of technical help and then you had to lip-sync on stage. As a genuine fan of music, this must have been a frustrating experience for you.

Leif Garrett at the height of his teen idol years. (Photo by Michael Ochs Archives/Getty Images)

Garrett: Absolutely. It was normal for every artist back in the day to lip-sync for certain events where you wanted things to be perfect. But not a concert – not a full concert. That’s straight-up lying. It’s horrible. I don’t think someone purchasing a ticket deserved that… I thought I was a decent performer. I looked up to performers like Mick Jagger and, like many people, I was inspired by his energy. The performance was me. But the singing wasn’t 100 percent me. I think I became a decent singer. I don’t think I was a natural-born singer like a lot of people are. But I wanted to do it properly.

Fox News: How difficult was it for you to live up to this teen idol image?
Garrett: You know, I probably have the greatest fan base that I could ever imagine for myself. They have stuck with me through thick and thin. And as you know, I’ve gotten myself in plenty of bad situations. There was a lot of bad decision-making. But at the same time, I didn’t have the parental guidance that I should have at that time.

Fox News: Where were your parents?
Garrett: My mother was a very trusting person. I’m on the road at 15,16 during the height of my teen idol years. And I was doing it all without a parent. I was barely at home. Instead, [my management] insisted they would treat me like their own son.

Looking back at it now, you shouldn’t allow your child to do that, especially when you haven’t known these people for very long. I don’t hold any ill feelings towards my mother. But it’s just common sense and logic. You shouldn’t be so trusting as a parent. It screwed me over financially for one thing… As for my father, I really didn’t get to know my dad until I was in my 40s.

Fox News: Why do you believe your management was enabling your bad behavior?
Garrett: I don’t think I was a very mature 16-year-old. I became mature very quickly because I was always surrounded by adults who were drinking and doing coke. I was a child, but being treated as an adult… And all of this was coming out of my pocket.

Fox News: Looking back at your drug use, what were you trying to escape from?
Garrett: Obviously, perpetuating this lie of me being this musical artist. I sang, but it wasn’t me 100 percent…. And I didn’t feel like I was being heard. No one wanted to hear what I had to say. As long as people were buying my records, it didn’t matter. And the music was changing — it never stayed the same. I wanted to be an adult artist with longevity. And yet I was made to record these oldies. Disco was on its way out. There were so many other things I wanted to do, but they just wanted me to be this California surfer boy, the Tiger Beat cover star.

In this handout, American singer, actor, and television personality Leif Garrett in a mug shot following his arrest, US, circa 2005. (Photo by Kypros/Getty Images)

I wasn’t even into surf music. I wanted to do more original things. I just wasn’t given the chance… I think I was trying to mask a lot of feelings of not being true to myself. I wasn’t allowed to have any say in what I was doing, in my own career. So I had to mask that feeling… But narcotics wasn’t my entire life. I know I’ve had trouble with it. I made some bad decisions. But there has always been more to my story.

Fox News: When was the last time you reconnected with your friend Roland Winkler? It's well-documented you were high and drinking over 20 years ago when you drove off the Hollywood Freeway, rolling down an 80-foot embankment that left him paralyzed from the waist down.
Garrett: Roland has passed away. I saw him when we did “Behind the Music,” which was a weird situation because they sprung it on me. And it was an emotional thing for me… It’s ironic, Roland was supposed to drive but I stopped him. I knew how he drove — he was into racing — and I was scared… That accident was just a perfect storm of bulls—t. It was a horrible lesson.

Fox News: What’s life like for you today?
Garrett: I look back at my life and there are many things I got to experience that other people never get to do. And I’m grateful for that. I just wish it could have been a better situation. I wish I had made better decisions… My father just passed a few months ago. I’m still beat up from that because I really wanted to get to know him. I wanted to understand so many things I never got answers to.

Fox News: How do you feel about your father?
Garrett: You know, there just aren’t a lot of good memories with dad. He left when I was 5, I saw him for a half-hour when I was 16 and then I didn’t see him again until my 40s. Then I became his caretaker and it was all about that. He wasn’t able to give me what I wanted. And I get it. There just wasn’t enough time, I suppose.

But right now, I’m just taking things one day at a time. I’m not in jail and I’m not in rehab. It took a long time to get to a point where I don’t have to self-medicate myself to escape the pain. That feels good. Hard drugs are a difficult thing, especially if you’ve done it for a while. I play music because I love it. I will always love it. But I’m not in a rush to do more with it unless it’s absolutely right. It has to be as real as possible.