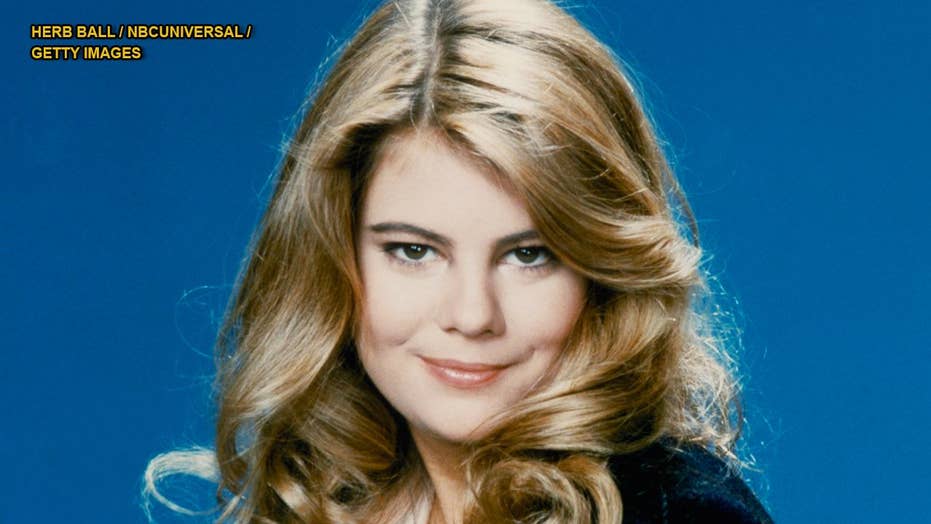 'Facts of Life' star Lisa Whelchel explains why she didn't release more music after her '80s solo album. The actress also discusses returning to Season 2 of 'Collector's Call' on MeTV.

Lisa Whelchel is many things — an actress, a hands-on parent, and even a former Mouseketeer -- but one thing "The Facts of Life” star wouldn’t call herself is a singer.

Fans of the 56-year-old may be aware she recorded music at one point early on in her career. Her solo album, released in the ‘80s, is considered a collector’s item, one that can be difficult to find today.

And while Whelchel has no plans to show off her pipes anytime soon, she is returning for season 2 of “Collector’s Call,” where she travels the country to discover rare pop culture collections and treasures, as well as meet the everyday Americans who own them.

Whelchel spoke to Fox News about why she never released another album after her solo, returning to “Collector’s Call,” finding love again, as well as her favorite memory with former “Facts of Life” co-star Charlotte Rae.

Fox News: There are collectors out there who are big fans of "The Facts of Life" and who happen to own your first album. Was it released in 1984?
Lisa Whelchel: Well, actually my first album was released in 1977. It was a "Mickey Mouse Club" album. But my solo album was in '84.

Fox News: You didn't release another album after that. Why?
Whelchel: Well, because I don't enjoy singing. I've never thought of myself as a singer. I'm not a great singer. Thankfully, even back then, they could do miracles with little turning knobs and buttons. The only reason I recorded the album in the first place was that I was on "The Facts of Life" and I knew that it was teenagers watching it.

I wanted to use my platform to be able to influence and impact teenagers in a way, specifically around my faith and letting them know that God loves them and that they are accepted just the way they are. But I knew if I stood up there and preached that, they wouldn't listen for longer than five minutes. But if I put some of the things I wanted to say to music, then it would be entertaining but it would also be, hopefully, impacting them with a message that was life-changing for good.

So I approached a friend of mine who had a record company and said, "Can I do this?" And he said, "Yes." So once I did that, that was the only reason. It wasn't because I wanted to have a recording career.

JOHN F. KENNEDY JR.’S ASSISTANT RECALLS HER FRIENDSHIP WITH CAROLYN BESSETTE: ‘SHE WAS SO WARM AND FUNNY’

Fox News:  Speaking of collections, what was it about “Collector's Call” that made you come back for season two?
Whelchel: Well, it was so much fun. … Fun is underrated, especially these days and it's just an enjoyable entertaining show. I learned something on every show and not only about the collections but even more importantly, the people.

Fox News: One of the episodes will feature Charlotte Rae's son Larry. How is Larry keeping his mother's legacy alive?
Whelchel: One way is through this episode. After his mom passed, he reached out to each of us girls [from “The Facts of Life’] and said, "I'm going through all this stuff. I've got duplicates of things if you want some. And we were like, “Yes, absolutely.” But I said, "What else do you have?" And as he began to tell me all of the memorabilia that he was uncovering and discovering himself about his mom, I thought, “Wow, she's got quite a collection here of her own collectibles from her own show-business career.”

And so I said, "Well, you want to put it on our show?" And he said, "Well yeah, do you think it's valuable? Do you think it's worth anything?" Yes! And not only was it valuable monetarily, but even more so. ... I worked with Charlotte for nine years. I've known her for 40 years. And I think I learned more about her by seeing her collection than I did just even working with her that long.

She was on "The Facts of Life" for nine years but she's been in show business for decades. So she had stuff from her Broadway career, from her recording career. She was Molly the Mail Lady on "Sesame Street." There's just a lot about that woman that I learned.

Fox News: What's one memory of Charlotte that still makes you smile?
Whelchel: There are many. I'll have to say, my favorite memory though was probably about 10 years ago. I was having lunch with her at her condominium and it was a time where we really connected as women. Obviously, for all those years, I was a young woman or a child or a teenager. And this was a time where we were just ... I was old enough and had lived enough life that we were connecting as women and it was a really meaningful time.

Fox News: In the series, we will see a collector's long-time friend named Barry Williams, known as Greg Brady from “The Brady Bunch.” What surprised you the most about Barry?
Whelchel: He has a great sense of humor. The episode features a radio talk show from Chicago by the name of Mancow and he has an incredible collection of TV memorabilia.

So anybody that's grown up watching television is going to want to watch this episode, which happens to be the premiere episode, because there are so many things that we're going to think, "Oh my goodness, he has that?! I remember that as a kid." But Barry is one of his best friends. Mancow's funny, but Barry went toe-to-toe with him with his sense of humor. That was surprising to me.

Fox News: There’s also an Elvis super fan. There are a lot of Elvis super fans out there, so what makes him different?
Whelchel: Well, for one thing, his collection was worth over a million dollars. So that is a super, super fan. Also, he lives in a rather small house, but you could not fit a postage stamp of Elvis Presley on a wall there because every space is taken with Elvis Presley memorabilia.

Fox News: There’s one collector named Ralph who not only is a Batman fan, but he had a friendship with Adam West. How did Adam impact his life?
Whelchel: I think that Adam impacted his life, first of all, as Batman because, once again, the collector is collecting something that really was meaningful to him as a child. And I mean, I remember coming home from school as a child and watching the Batman series after school.

And so I understand that holding onto those simpler times in life. But I also think that meeting him as a person and developing a friendship and a relationship, maybe it's like looking up to somebody all your life and then suddenly you become friends with them. That's a pretty special and rare opportunity.

Fox News: What was it like meeting Adam West's daughter?
Whelchel: It gave me some insight into my own kids because really that was just dad. It was not Adam West, and it was not Batman. It was just her father. Ralph had things that she had never even seen before. And so I think about my own kids. I mean, I'm not Blair, I'm mom. But I do hope someday that there'll be still things from "The Facts of Life," from "Mickey Mouse Club," that will keep my memory alive in that way for them as well.

Fox News: What's the most unique encounter you've ever had with a "Facts of Life" fan?
Whelchel: Oh, my word! Oh, I cannot think of anything off the top of my head. But I will say what does come to my mind is I was doing some promo for something maybe even five years ago. And it was just surprising to me because I have stars that I look up to and I respect.

And I was doing a show and I think Mark Walberg was promoting a movie and he walked off the stage and was just saying what a big "Facts of Life" fan he was. And so that was impactful to me to realize that people I look up, stars, that they were kids when the "Facts of Life" was on and they look up to me in that same way. So it was meaningful.

I love marriage. And so to find someone that is not only a romantic partner and that's really wonderful, but such companionship and we have so much in common. And to know that that's what's really is important to me for these days, a best friend that I want to spend the next 40 years of my life with.