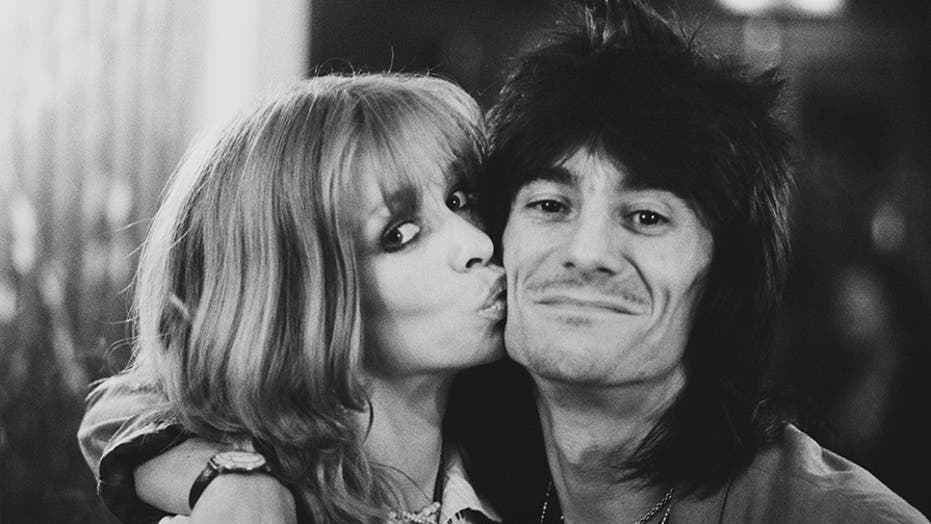 When Ronnie Wood gave his supermodel wife Jo Wood a camera as a gift, the Rolling Stones guitarist had no idea she would take thousands of photos while they hit the road – and then share them with the world.

Jo first embarked on a modeling career in the ‘70s before meeting Ronnie, now 72, at the party in 1977. The couple quickly fell in love and married in 1985. They remained together until 2009, but the two are still friends.

The muse and rock star wife spoke to Fox News about meeting Ronnie for the first time, her favorite moments to photograph and why she’s now sharing nearly all.

Fox News: What inspired you to release these photos to the public now?
Jo Wood: For years, I just put pictures in boxes and kept diaries, notes. I don’t know why really. I guess for my kids to see. A bit of nostalgia, perhaps? I guess I’m a bit of a hoarder *laughs*. You should see all the boxes in my house.

I started putting these photos up on Instagram. I didn’t think much of them. These were just snaps from another lifetime. But I was then encouraged to release a book. I wasn’t sure at first, to be honest. I just thought these were moments from my life, not anything special. But the feedback I received was very encouraging. And I somehow received a book deal very quickly. So there must be something to them.

Fox News: Looking back, what made you pick up that camera?
Wood: I used to be a model. And then my ex-husband bought me a camera. I guess he wanted to give me something to do. [Laughs] And I just fell in love with my camera. I couldn’t stop. I’ve got thousands more photos. I just didn’t have enough space in the book to include them all.

But I have lots and lots of pictures from those moments in my life. But who knows, maybe there will be another book in the future. I guess looking back, my ex-husband thought it would be a fun thing for me to do – take pictures while on the road with him. And by the end of each day, I would have over 150 rolls of film.

Fox News: How were you discovered as a model?
Wood: As a 14, all I wanted to be was Twiggy. I was far from having her body shape, but that was the dream. She was my idol. I drove my parents mad with it. I had to suffer through school before I could finally join an agency. I just really wanted to be in front of the camera.

Fox News: You met your then-husband Ronnie Wood at a party. What happened?
Wood: Oh, he was so funny. He came up to me and said with this voice, “Do you know who I am?” I thought, “Oh God, I’m going to throw up.” [Laughs] That’s when I told him I worked at Woolworth’s at the cookie counter. The very next day, he went there looking for me. And he was very persistent. The rest is history, I would say.

Fox News: How did the band feel about you photographing everything while on the road?
Wood: They didn’t notice! They didn’t even care. I would just yell, “Hey, look over here!” and snap. Or, “Come on Ronnie, do this,” and snap. Keith [Richards] was always the easiest to photograph. He never minded whenever I took a photo of him. I was always a little uncomfortable taking pictures of Mick [Jagger] because we just didn’t hang out with him as much as we did with Keith. Keith, [his wife] Patti [Hansen], Ronnie and I were like a little gang.

Fox News: In your book, you described how Keith Richards and Ronnie came as a package. How so?
Wood: Keith is like a big brother to Ronnie. You never saw one without the other. They always had a great relationship. He adores Ronnie and Ronnie adores him. They are the original bromance. Their friendship has stood the test of time and they’re incredibly close. Keith is really like a big brother. He teases Ronnie, he defends him. He’s always there. But even to this day, I have a wonderful relationship with Keith. He’s incredibly loyal as a friend.

Fox News: What did you think of Keith when you met him for the first time?
Wood: He didn’t say anything. He just pushed right past me, sat down on the ground and did some drugs. I just thought, “Oh, Jesus Christ, what is going on here?” At that point in my life, I had made up my mind what I would and wouldn’t do. And I wouldn’t ever do what he did. But then he went cold turkey in Woodstock. That was very tough. It was like going through a really horrible flu.

Fox News: What was it like photographing all of these amazing experiences while on the road?
Wood: You must remember, we were like a big family on the road. It just felt like we were going away on a trip. So of course, you want to take pictures of what you see. It was all so normal for everybody. You become used to that life.

Fox News: What was your impression of Bob Dylan?
Wood: I loved him. He was so quiet and laid back. But anything went with him. He’s a good guy.

Fox News: In the book, you described being “Ronnie’s little bouncer” while on tour. What was that like?
Wood: [Laughs] I was the personal assistant, I did all his outfits – I did a little bit of everything. We used to have people knocking on the door of the hotel room at all times. I had to tell these people “Sorry, you can’t come in, go away.” And you become very protective. The loyal fans are always good, but then you get some strange ones that try to sneak their way in. But I wanted to look after Ronnie. And I didn’t mind being the bad guy.

Fox News: Who were some of the people you turned away and why?
Wood: Oh there were so many. We eventually had to change our names whenever we would check into a hotel so they couldn’t find us. But in the beginning, drunk people would somehow find our rooms and then bang on the door yelling, “I wanna hang out!”

I had to be the one to shout back, “No, you can’t! Go away!” The guys in the band, they’re normal, down-to-earth people like anyone else. So eventually fans just felt like they could hang out with them. I guess they thought there was more happening behind closed doors, I don’t know.

Fox News: You must have many, but what are some of your favorite memories from the book?
Wood: Going to Argentina — Buenos Aires 1995. We were only able to include one photo of the Argentinean crowd at the show. It was the most amazing, amazing show. We were all impacted by it. The band had never been to Argentina before.

The fans were just so ecstatic. They would stay outside of our hotel 24 hours a day. The band did eight shows in Argentina. The whole audience jumped as one. It felt like a massive tidal wave. That audience was so incredible. I’ll never forget that show. I’ll never forget Argentina. It was all just brilliant.

Fox News: As a mom, did it ever get tiring for you to be on the road constantly?
Wood: No. Early on, we went on the road without the children. And then when they went back on the road, I desperately wanted my kids to come with me. Patti felt the same way. So we approached the boys and told them we wanted to bring the kids with us and have a tutor on the road so they wouldn’t miss their studies. And that’s exactly what we did.

Fox News: What do you hope audiences will get from your book?
Wood: I hope they’ll see how surprisingly normal we all were. We really were like a big family traveling and making music. And these friendships have lasted. I’m still very good friends with Patti. We’ve been best friends for years actually. We always will be.

I hope the book shows how incredibly close we all were and continue to be. And the boys, they’re all so close still. We always get together for dinners and just enjoy each other’s company. I get along with Ronnie’s new wife very well. And I’m so glad for that. I wouldn’t want it any other way.

Fox News: Has Ronnie seen the book?
Wood: He saw it right from the beginning when I started getting the book together – and he loves it. He hadn’t seen these pictures in over 10 years since we split up. So for him, it was great to relive those memories again.