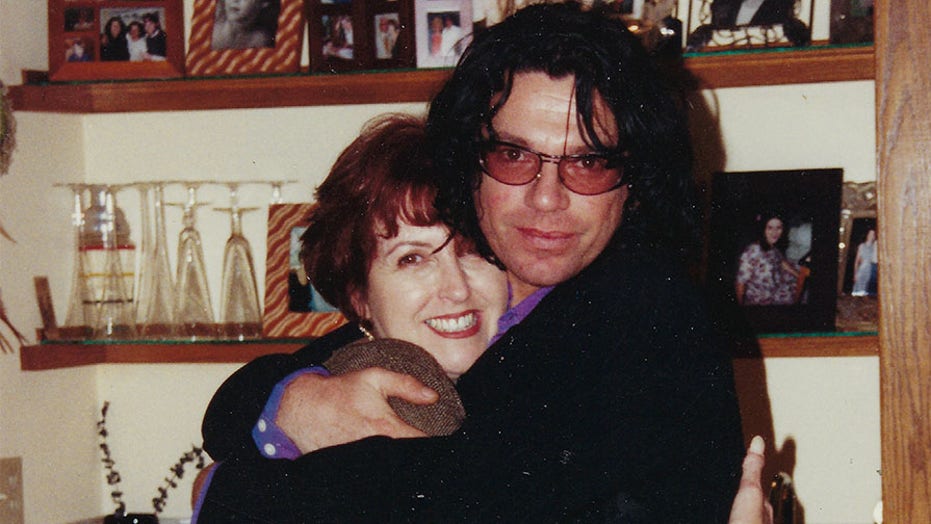 Michael Hutchence was one of the most sought-after rock stars in the world – but to Tina Hutchence, he was just her brother.

The INXS frontman was found dead in 1997 in his hotel room in Sydney’s Ritz Carlton at age 37. At the time, the Australian group was preparing for their 20th-anniversary tour to promote their 10th album titled “Elegantly Wasted.”

Tina, who was the star’s most trusted confidante, released a paperback earlier this year titled “Michael, My Brother: Lost Boy of INXS,” which chronicles his rise to fame and the tumultuous final months of his life.

Tina spoke to Fox News about the last conversation she had with her brother, what it was really like growing up with him and how she wants him to be remembered today.

Michael Hutchence with his sister Tina celebrating Thanksgiving, circa 1996.

Fox News: What compelled you to revisit life with your brother?
Tina Hutchence: I just knew people didn’t have the full picture of Michael. He has been defined many, many times grossly by British newspapers. I wanted the truth out there because I knew the truth. There are still all these theories about how my brother died. I just knew they weren’t true because I had been in close contact with the lead detective on this case. I felt I needed to set the record straight once and for all.

Fox News: According to your book, you practically raised Michael.
Hutchence: When Michael was born, I had just turned 12. I was an only child and I hadn’t been living with my mother. She was living in Sydney and I was in Melbourne with her mom. My mother was a busy model and makeup artist. She was often away for work for two weeks, even six weeks. And back then, we didn’t have the kind of communication we have now with technology.

So as our mother worked, I found myself getting up early in the morning to take care of Michael and putting him to sleep at night. Gradually, we were together for longer periods of time. And I loved it. Michael was my anchor during those times. He was just a wonderful baby.

Tina Hutchence with her mother and siblings.

Fox News: Michael went on to become a rock star, but in your book, he was a teenager with a lisp. How surprising was it for you to see him go through this transformation?
Hutchence: As a teenager, I didn’t notice him singing or anything. He loved music and wrote a lot of poetry, but he didn’t sing. One day he was in a band. I remember telling him, “But you don’t even play an instrument!” And he goes, “I’m singing.” I thought, “I’ve gotta hear this.” *laughs*. He was singing things like “I Shot the Sheriff.” He did have some challenges singing, but it just grew. And I was so very proud of him. He was so eager and determined to pursue something that seemed so unlikely.

Fox News: How would you describe your relationship with Michael?
Hutchence: We were incredibly close. I remember he once came over with the whole band. I was trying to find places for them to stay because they couldn’t afford it… Even though I was skeptical at first, I could see there was something there. And I wanted to be supportive. It really was a special time watching them grow into this massive group.

Fox News: How did Michael feel about fame before the scandals and media scrutiny?
Hutchence: He was never bothered by it. You could walk around anywhere in Australia with him. Australians don’t like to let you know when you’ve gotten too big *laughs*. People would occasionally say hi to him and let him know how great his show was the night before. He really enjoyed meeting them. Even in the U.S., it really didn’t bother him. It was only when he bought a home in London. That’s when things got a little hairy.

Helena Christensen and INXS singer Michael Hutchence in Paris, circa 1992. (Photo by ARNAL/Gamma-Rapho via Getty Images)

Fox News: Michael suffered a traumatic brain injury in 1992 where he lost his sense of smell and taste. Did you notice any personality changes?
Hutchence: Sadly, yes. He talked about it very frequently. I think anyone would feel lost in his shoes. He loved cooking and making these delicious meals. But after that day, he couldn’t taste or smell anything. When his [daughter] Tiger was born, the first thing he told me was, “I can’t even smell my own baby – that wonderful newborn smell.”

It bothered him a lot. And yes, his personality changed dramatically. We didn’t know anything about traumatic brain injuries back then and people certainly weren’t talking about it. They would just give you Prozac or something like that. He was seeing a psychiatrist, but we saw the changes… He would suddenly get angry and fly off the handle. He was always a very easygoing guy so it wasn’t like him… I just couldn’t understand what was wrong with him. Back then, I just thought he was being a jerk. No doctor told him he would experience a personality change.

It really wasn’t until 2005 when I truly understood the connection between traumatic brain injuries and personality changes. I remember reading into it and going, “Oh my gosh, that was Michael.” I felt so horrible that I didn’t understand it back then and it took me so long. But we all didn’t know.

Fox News: What was Michael’s relationship like with his daughter before his sudden passing?
Hutchence: It was like nothing I’d ever seen. He was just crazy about her. He couldn’t stop carrying her around. He couldn’t take his eyes off her, really. She became his whole world. He had this glimmer in his eye when he was with her. I’m so glad that he got to experience fatherhood. I can’t ever forget that look on his face when he was staring right back at her.

Fox News: His personal life became a circus when his partner Paula Yates and her ex-husband were having a very public custody battle. How was he coping with all of this?
Hutchence: Not very well, to be honest. He went from feeling loved by everyone all over the world to being hated by the press. They would write what a terrible person he was, how he broke up a family — he hadn’t done anything of the sort. He just wanted to live his life. But photographers began chasing him around everywhere. Every time he moved, you just saw all of these flashing cameras.

He became incredibly protective of his family. I remember we were... all together in Los Angeles for a family dinner. There were probably eight or nine of us at this table. Somebody outside was taking a photograph and you just saw this flash. Tiger was in a little chair. Michael immediately jumped over so they wouldn’t be able to get a photo of him with Tiger. It all just felt so crazy. He was just a normal guy with a terrific sense of humor. But all the media scrutiny changed him.

Fox News: Do you remember the last time you spoke with him?
Hutchence: Yes. He had to get a flight to Australia from Los Angeles. That was his last flight to Australia. He was really worried. He was down. He was concerned something would happen that he wouldn’t be able to see Tiger for Christmas. He had a lot of little troubles on his mind. He didn’t want to take that flight. He kept saying, “I don’t want to make the flight.” He was feeling put off for many reasons.

Fox News: You not only lost your brother, but you had to also deal with all the media attention and conspiracy theories. How were you making sense of it all?
Hutchence: I remember my partner had, unfortunately, walked straight into the house and turned on the television. Then I immediately saw it — Michael Hutchence dead at 37. Then you saw the outside of the Ritz Carlton. And then my phone didn’t stop ringing … I just don’t know how you can cope with something like that.

Fox News: A lot has been said about your brother’s death.
Hutchence: Yes… suicide wouldn’t come into mind, but I knew the pressure he’d been under for the last two years, especially the last 12 months of his life. And he wasn’t up for touring, either. He wasn’t capable of doing that again. He did it because he didn’t want to let the band down … I guess he was pushed to the limit.

It wasn’t until I read more about traumatic brain injuries and what it can do to you – I realized he didn’t have the capability of figuring it out and getting himself through that... With a traumatic brain injury, you can’t think straight. Your thinking is off, your reasoning is off. Especially the one he had. It was a lot worse than anybody knew until the autopsy.

Fox News: Do you have any contact with your niece?
Hutchence: No, not anymore. I did, but the last time I saw her in person, she was not even 5 years old … I spoke to her almost every day. And then gradually when I would call, I would be told, “She’s out with the nanny. She’s out with a friend.” She was never there. [Bob Geldof] immediately went for custody without telling me. It was a huge surprise.

It never occurred to me that he would do that. He never even liked Michael. He was like his sworn enemy. At first, he was very nice to me and always took my calls. He would say, “Don’t worry about things. She’s being taken care of.”… I remember I was due to see her in two weeks. That’s when I learned he put in an application to adopt her… And he won the case. They have different rules there in the UK. Here, it would be blood relative first. And I guess he had a lot of power.

Fox News: What do you hope audiences will get from your book?
Hutchence: I would want people to know who my brother really was. He was a genuine, loving man. He was a family man. I don’t think he ever really knew how good he was at his job. He was a good brother.