Oct. 17: In this photo taken from the Turkish side of the border between Turkey and Syria, in Ceylanpinar, Sanliurfa province, southeastern Turkey, flames and smoke billow from a fire on a target in Ras al-Ayn, Syria, caused by shelling by Turkish forces. (AP)

Turkey-Syria cease-fire in question after reported fighting, shelling
Just hours after President Trump announced a cease-fire between Turkish and Kurdish-led forces in Syria, journalists have reported continued fighting in the Syrian town of Ras al-Ayn on Friday morning, while other areas have reported relative calm since the agreement. 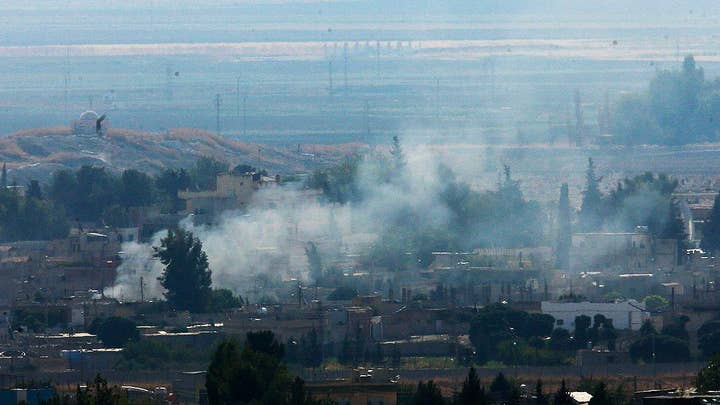 Journalists from the Associated Press reported witnessing shelling and said they could see smoke billowing around the town, which sits along the border with Turkey. The Syrian Observatory for Human Rights, a war monitor, reported intermittent clashes in Ras al-Ayn, but calm elsewhere. Reuters also reported machine-gun fire and shelling that could be heard from a border town in Turkey near Ra al-Ayn. 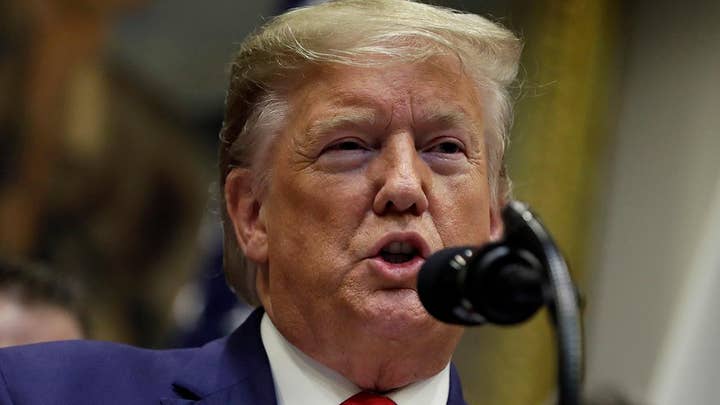 On Thursday Trump declared it "a great day for civilization" after Vice President Mike Pence and Secretary of State Mike Pompeo, following a meeting with Turkish President Recep Tayyip Erdogan in Ankara, announced terms of a cease-fire agreement that intended to end the violence between Turkey and the Kurds. At a Dallas campaign rally, he likened the Turkish offensive against the Syrian Kurds to a schoolyard fight and credited his "unconventional" approach for enabling the truce. 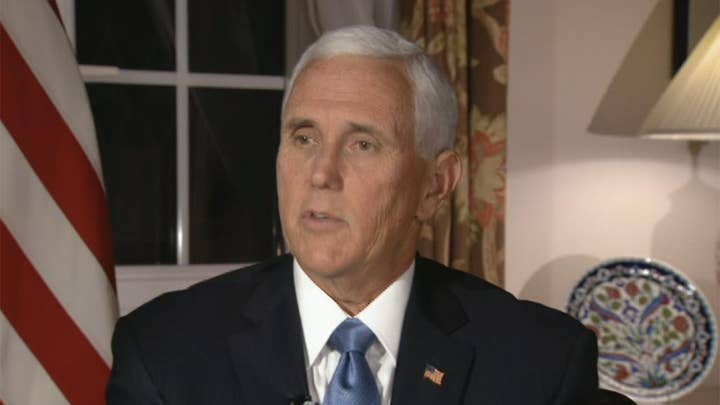 The deal was for a 120-hour cease-fire, during which time the Kurdish-led forces could pull back from the roughly 20-mile-wide safe zone on the Turkish-Syrian border. All Turkish military operations under the recent offensive known as Operation Peace Spring are to pause during that time, with the operation coming to an end upon completion of the Kurdish withdrawal, under terms of the deal.

Some U.S. military sources told Fox News they were skeptical of the cease-fire deal. Click here to read more on our top story.

Trump labels Pelosi ‘crazy,’ O'Rourke ‘dumb,’ as he slams Dems at Dallas rally
President Trump slammed Democrats as unpatriotic and referred to House Speaker Nancy Pelosi as "Crazy Nancy" while giving an extended critique of his potential 2020 opponents before a large and friendly rally crowd in Dallas Thursday night. The “Keep America Great” event came just hours after Energy Secretary and former Texas Gov. Rick Perry announced he would soon step aside amid scrutiny from House Democrats conducting an impeachment inquiry -- and a week after chaos and violence broke out at a Trump event in Democratic-leaning Minnesota. 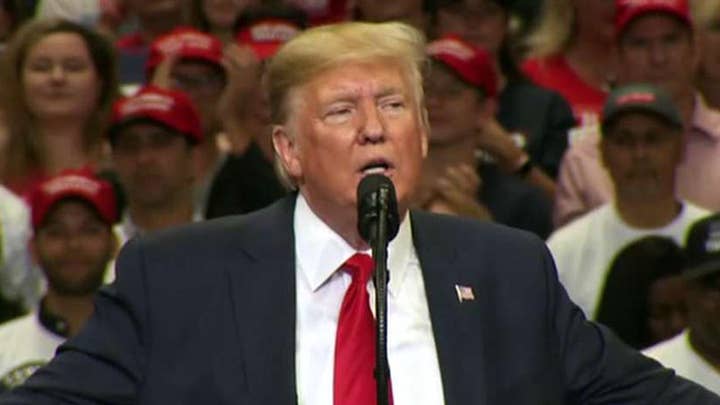 Outside the rally, some 30,000 Trump supporters watched the speech on a large screen, as the president blasted 2020 Democratic presidential candidates. He derided former Rep. Beto O'Rourke of Texas as "very dumb" for pushing to confiscate guns and tax religious institutions, and said Joe Biden's family overtly profited from the former vice president’s political career. He also denounced Pelosi a day after she and other top Democrats walked out of a White House meeting, telling the crowd, "She's nuts." Click more on this story. 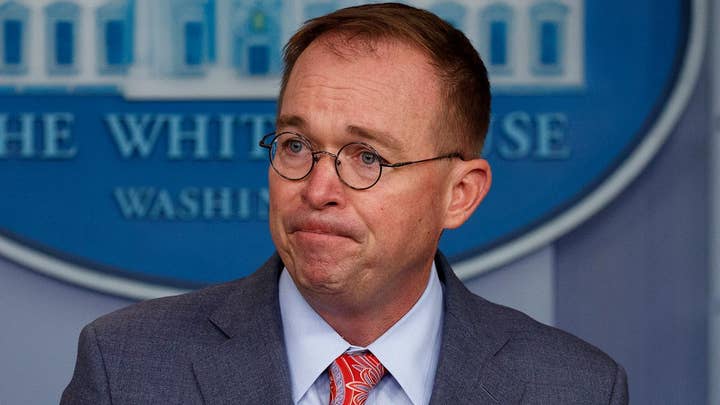 Mulvaney comments seized on by critics saying it's proof of Ukraine quid pro quo
Acting White House chief of staff Mick Mulvaney says his comments about the Trump administration's decision to hold up military aid to Ukraine have been misinterpreted after he initially seemed to contradict President Trump’s claim that there was no “quid pro quo” during his July 25 phone call with Ukrainian leader Volodymyr Zelensky. 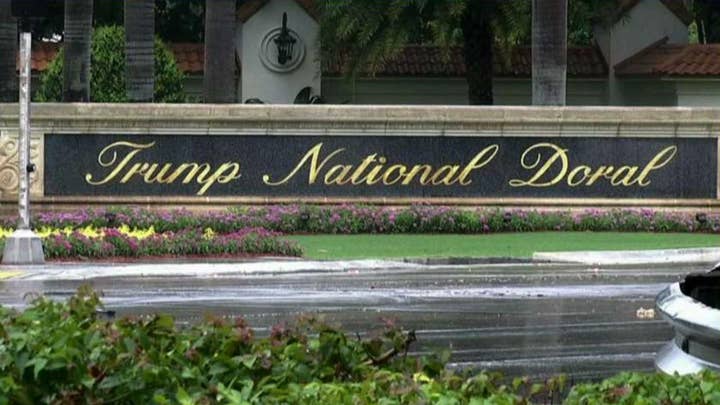 At a briefing at the White House on Thursday, Mulvaney told reporters that the release of $400 million in military aid to Ukraine was tied to the administration’s demands that Kiev investigate purported corruption by the Democrats during the 2016 presidential election campaign. Trump also mentioned to him that the corruption was related to the DNC server and "that’s why we held up the money," Mulvaney said.

In a statement later Thursday, Mulvaney declared there was “absolutely no quid pro quo” between aid and any investigations. “There was never any condition on the flow of aid related to the matter of the DNC server,” he said.

China's economic growth sinks to a 26-year low
China's economy took another hit last quarter as the tariff war with the United States continued to take its toll. Its economic growth decelerated to a 26-year low in the latest quarter, adding to a deepening slump that is weighing on global growth. The world's second-largest economy expanded by 6 percent in the three months ending in September, down from the previous quarter's 6.2 percent, data showed Friday. The slump increases pressure on Chinese leaders to avert politically dangerous job losses as they fight a tariff war with President Trump over Beijing's trade surplus and technology ambitions. 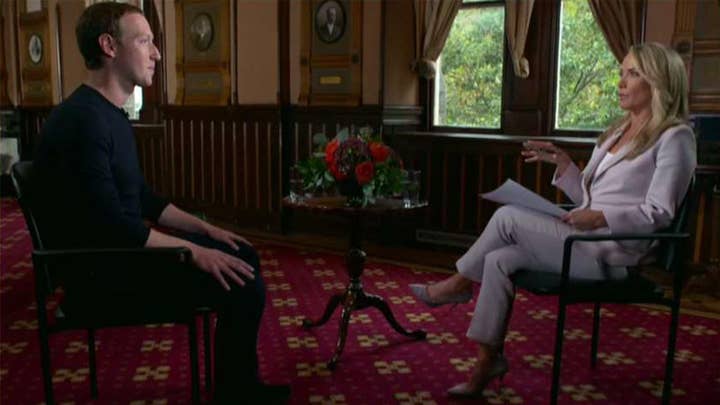 TUNE IN TODAY: In Fox News exclusive, Facebook's Mark Zuckerberg rejects calls for shutdown of Trump's social media
Facebook CEO Mark Zuckerberg says President Trump's activities on Twitter and other social media platforms should not be curtailed in any way. "My belief is that in a democracy, I don’t think that we want private companies censoring politicians in the news," Zuckerberg told Dana Perino in an exclusive interview airing Friday on "The Daily Briefing."

Perino asked Zuckerberg about Sen. Kamala Harris' demand that Twitter shut down Trump's account, which the president uses regularly to share his views on a multitude of issues. Zuckerberg said Silicon Valley shouldn't be taking such actions. He also responded to 2020 frontrunner Sen. Elizabeth Warren's criticism of Facebook. Click here for more on this story.

Tune in to "The Daily Briefing" at 2 p.m. ET for Dana Perino's full interview with Mark Zuckerberg.

Mark Levin, host of "Life, Liberty & Levin" on Fox News, blasted the media's attacks on acting White House chief of staff Mick Mulvaney, saying, "Every day, it's something else to prove there was a quid pro quo. It's so absurd."