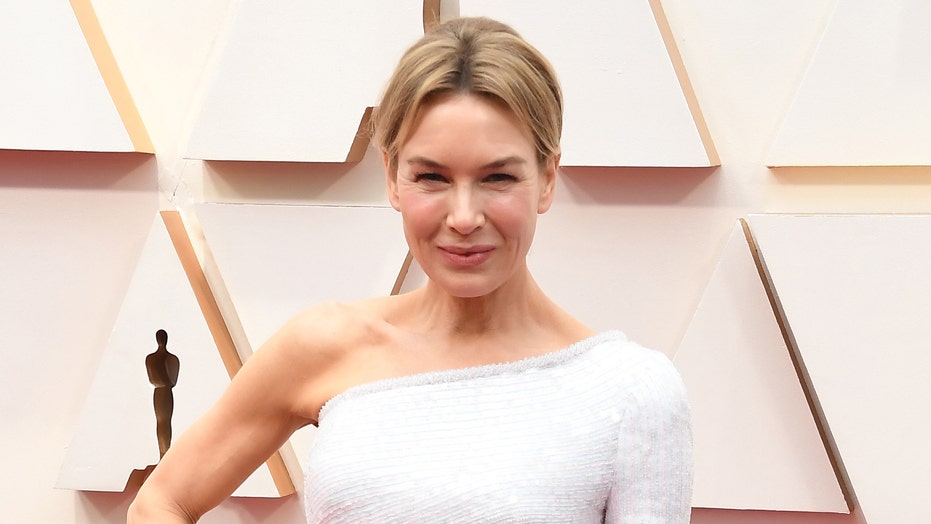 Renee Zellweger made sure American military service members weren’t forgotten during her acceptance speech at the 92nd Academy Awards on Sunday night.

The 50-year-old won best actress for her performance as the late Hollywood icon Judy Garland in the biopic “Judy.” During her speech, Zellweger thanked the American military for their service.

“I have to say that this past year of conversations celebrating Judy Garland across genders and … I’m sorry, it’s across generations and across cultures has been a really cool reminder that our heroes unite us. No, the best among us who inspire us to find the best in ourselves,” said Zellweger.

“They unite us,” she continued. “When we look to our heroes, we agree, and that matters. Neil Armstrong, Sally Ride, Dolores Huerta, Venus and Serena and Selena, Bob Dylan, Scorsese, Fred Rogers, Harriet Tubman. We agree on our teachers, and we agree on our courageous men and women in uniform who serve. We agree on our first responders and firefighters. When we celebrate our heroes, we’re reminded of who we are as one people united.”

The actress also paid tribute to Garland, who passed away in 1969 at age 47 from a barbiturate overdose.

“No, Judy Garland did not receive this honor in her time,” noted the star. “I am certain that this moment is an extension of the celebration of her legacy that began on our film set. It’s also representative of the fact that her legacy of unique exceptionalism and inclusivity and generosity of spirit, it transcends any one artistic achievement. Miss Garland, you are certainly among the heroes who unite and define us, and this is certainly for you. I am so grateful."

Zellweger also thanked her “immigrant folks,” who inspired her to pursue the American dream. She previously told People magazine her mother endured a difficult childhood in Norway during World War II. The outlet also noted her father immigrated from Switzerland.

“My immigrant folks who came here with nothing but each other and a belief in the American dream. How about this?” said Zellweger while holding her Oscar.

Before her Oscar win, Zellweger recalled her mother’s tumultuous upbringing before arriving in America.

“She was living in an occupied country and there were bullets falling from the sky and you had to run inside because that was part of your day. And you’d find one every now and then,” Zellweger continued. “It was a real treat apparently. ‘Don’t pull the pin! You better run!’ And when you think about that being your reality as a child, can you imagine the value system that you establish? And my brother and I have been the beneficiaries of that. She’s cool.”