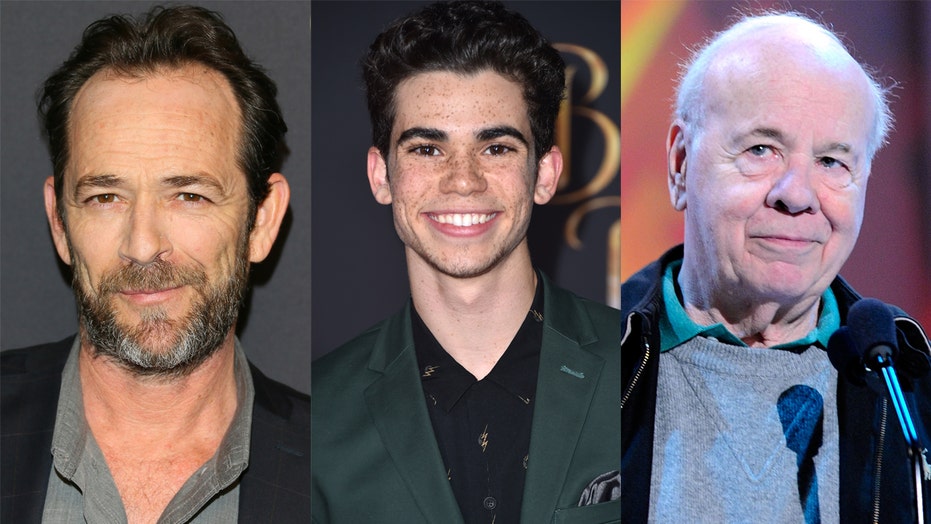 Luke Perry, Cameron Boyce and Tim Conway were left out of the "In Memoriam" segment at the 92nd Academy Awards.

Perry, star of "Beverly Hills, 90210," died in early 2019 at the age of 52 after suffering a stroke.  Also appearing in "Riverdale" and "Once Upon a Time in Hollywood," one of the evening's nominated movies, fans of Perry's were upset that the late actor failed to make the cut.

"No Luke Perry in the In Memoriam?" a fan wrote on Twitter. "He was in one of the Best Picture nominated movies..."

"He wasn’t in the In Memoriam montage, but let’s remember Luke Perry tonight, too," said another.

Another thought it was "disrespectful" that he was left out.

"Once Upon [a] Time in Hollywood was nominated for 8.2 million awards, so someone explain to me why Luke Perry wasn’t in In Memoriam?" a fan tweeted.

Other users noted that Disney star Cameron Boyce, who died at the age of 20, was also missing.

"Cameron boyce we miss and love you sm," wrote a fan of his. "Sorry they didn’t even acknowledged [sic] this. love you angel."

OSCARS 2020: SEE THE STARS OUTFITS AT THE ACADEMY AWARDS

"Kinda wish they showed cameron boyce during the memorial part but..." said another.

One noted his importance, saying, "Cameron boyce had such a huge impact into a lot of people’s lives including people in the film industry. just cause his career centered mostly around disney didnt make him any less of an actor. him being left out of the in memoriam just felt wrong."

Fans were also disappointed to see that comedy icon Tim Conway, who died at 85 in May, was not included.

"Kind of mad they didn’t mention Tim Conway in the memorial but okay," said one person.

Another fan of Conway's tweeted: "The #InMemoriam section did not include my beloved Tim Conway and the entire Oscar process needs to be investigated!"

"The Academy receives hundreds of requests to include loved ones and industry colleagues in the Oscars In Memoriam segment," said a representative from Academy of Motion Picture Arts and Sciences in a statement to Fox News. "An executive committee representing every branch considers the list and makes selections for the telecast based on limited available time. All the submissions are included on Oscar.com and will remain on the site throughout the year. Luke Perry, Cameron Boyce and Tim Conway are remembered in the Oscar.com gallery."