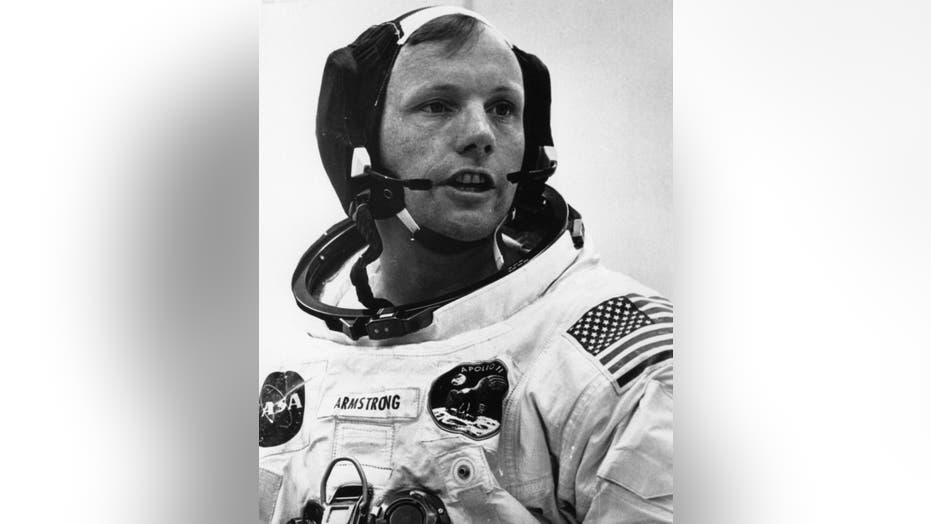 NASA simulates the view from Apollo 11 mission commander Neil Armstrong's window as he guided the Lunar Module Eagle down to the surface of the Moon.

The iconic images of the Eagle Lunar Module’s descent to the Moon rank among the most incredible footage ever recorded.

The black-and-white film was shot from a 16-mm time-lapse camera mounted in Buzz Aldrin’s window on the right side of the Eagle Lunar Module.  However, there is no record of what Apollo 11 Mission Commander Neil Armstrong saw from his window. “Due to the small size of the LM windows and the angle at which the movie camera was mounted, what mission commander Neil Armstrong saw as he flew and landed the LM was not recorded,” explains NASA in a statement on its website.

In an attempt to provide insight into the final moments of the incredible mission, NASA has used imagery captured by its Lunar Reconnaissance Orbiter to create a simulation of what Armstrong saw. Orbiter images have also been used to recreate Aldrin’s view from the other side of the Lunar Module.

Scientists harnessed the Lunar Reconnaissance Orbiter Camera (LROC) to reconstruct the last three minutes of the Eagle’s landing trajectory using landmark navigation, as well as altitude callouts from the mission’s voice recording. To do this, experts crunched data on Eagle’s latitude, longitude, orientation, velocity and altitude.

“From this trajectory information, and high resolution LROC Narrow Angle Camera (LROC NAC) images and topography, we simulated what Armstrong saw in those final minutes as he guided the LM down to the surface of the Moon,” explains NASA. “As the video begins, Armstrong could see the aim point was on the rocky northeastern flank of West crater (190 meters [623 feet] diameter), causing him to take manual control and fly horizontally, searching for a safe landing spot. At the time, only Armstrong saw the hazard; he was too busy flying the LM to discuss the situation with mission control.”

After navigating Eagle over the “bouldery” West crater, Armstrong found a safe spot to land the Module about 1,640 feet from the crater, and carefully descended the craft to the lunar surface.

APOLLO 11: 50 YEARS ON, THE EAGLE LUNAR MODULE SERVES AS A REMINDER OF MANKIND’S ABILITY TO INNOVATE

Just prior to the historic landing, Armstrong flew the lander over a 131-foot diameter crater that became known as Little West crater. He later photographed the crater during his famous moonwalk.

A view of Little West Crater. This photograph was taken by Neil Armstrong. (NASA)

Approximately 234,000 miles away, Neil Armstrong’s sons Mark and Rick were at home in Houston, watching on TV, as their father stepped off the Eagle lunar module and into the pages of history.

Rick was 12 years old when his father stepped out of the Eagle lunar module and famously proclaimed “One small step for a man, one giant leap for mankind.”

“When he stepped off, nobody in the room heard what the words were because they were all ‘what did he say?’” Rick told Fox News, in a recent interview. “I heard it, and I said ‘something about a small step,’ but at the time, it wasn’t at all clear what was going on, I always remember that.” 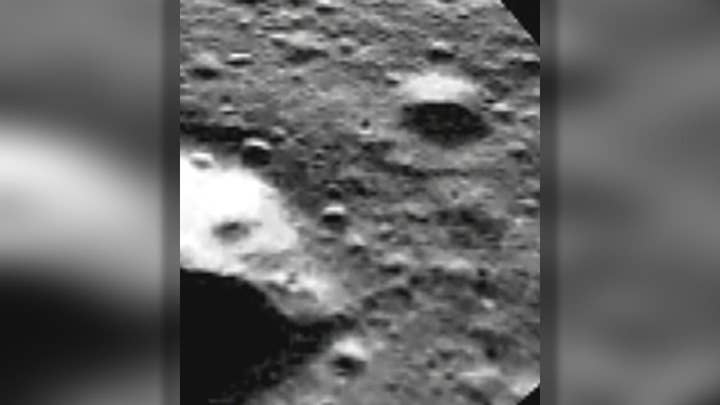 An estimated 650 million people around the world watched the Moon landing on TV, according to NASA.

July 20 marks the 50th anniversary of the Moon Landing.

NASA used a time-synchronized version of the original 16 mm film from the Apollo 11 landing to reconstruct Armstrong and Aldrin’s views from the Eagle lander. The First Men on the Moon website helped with the simulations by synchronizing the air-to-ground voice transmission with the film.

In this July 20, 1969 image made from television, Apollo 11 astronaut Neil Armstrong steps onto the surface of the moon. Millions on Earth who gathered around the TV and radio heard Armstrong say this: “That's one small step for man, one giant leap for mankind.” But after returning from space, he immediately insisted that he had been misquoted. He said there was a lost word in his famous one-liner from the moon: “That's one small step for ‘a' man." It's just that people just didn't hear it.”  (NASA via AP)

File photo - Neil Armstrong, Commander of Apollo 11, speaking to a technician during a suiting at the Kennedy Space Center, Cape Canaveral, Florida, shortly before he set off for the Moon with fellow astronauts Michael Collins and Edwin 'Buzz' Aldrin. (Photo by Central Press/Getty Images)