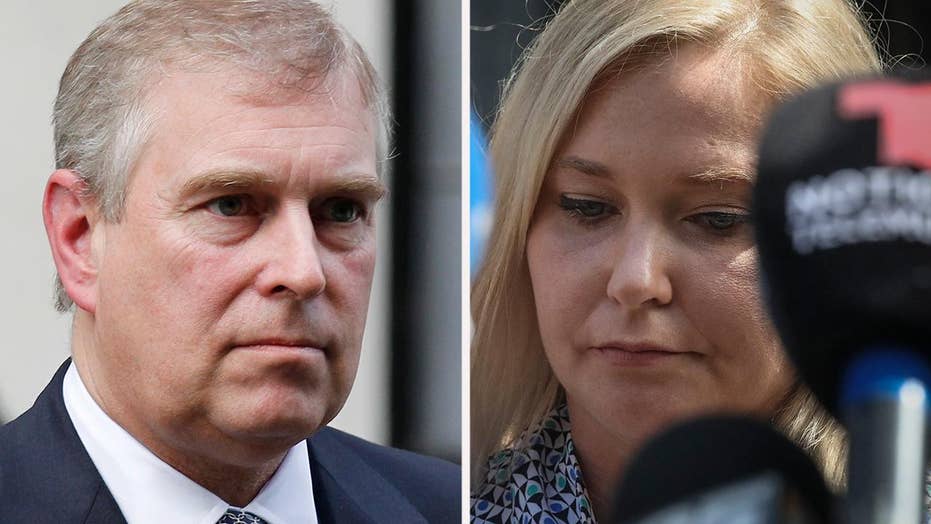 Virginia Roberts Giuffre, who said she was trafficked by convicted pedophile Jeffrey Epstein and forced to have sex with Prince Andrew on three occasions nearly 20 years ago, is speaking out once more.

The 36-year-old took to Twitter and confirmed she is participating in an upcoming Netflix docuseries titled “Jeffrey Epstein: Filthy Rich,” based on the James Patterson book. The special aims to explore the sex trafficking ring led by the late financier.

“Yes – the Netflix team [were] wonderful to me & my husband,” she tweeted on Friday. “They’re looking to tell the world the truth of what went on behind closed doors. I hope the message reaches the voiceless & helps give them a voice & I hope the message is clear…”

The streaming series also confirmed the documentary was in the works on its “See What’s Next” account.

In this Aug. 27, 2019, photo, Virginia Roberts Giuffre, who says she was trafficked by sex offender Jeffrey Epstein, holds a news conference outside a Manhattan court where sexual assault claimants invited by a judge addressed a hearing following Epstein's jailhouse death in New York.  (AP/Bebeto Matthews)

“Epstein’s survivors serve as the series’ pre-eminent voices, providing powerful testimonials about their experiences, and inspiration in their resilience,” the account shared.

In late 2019, Giuffre did a BBC interview in which she described being trafficked to London in 2001. She told the outlet Epstein and his girlfriend, Ghislaine Maxwell, took her to a club where she met Andrew.

Giuffre went to describe her alleged sexual encounter with the prince in some detail.

Giuffre admitted that her memory was foggy at the time and that she might have some dates and places wrong but insisted she was certain of the key facts.

She also slammed Andrew’s claim that a photograph showing him and Giuffre together with the Prince's arms around her waist was doctored.

In a previous interview with the BBC, Andrew claimed he had “no recollection of ever meeting” Giuffre, “none whatsoever.” He has since stepped down from royal duties “for the foreseeable future” because of his friendship with Epstein and the allegations of sexual wrongdoing with an underage girl. He says he is willing to cooperate with appropriate law enforcement inquiries if required to do so.

Giuffre asked the British people to "stand up beside me, help me fight this fight, to not accept this as something that is OK."

A lawyer for Maxwell, who has not been charged with any crimes, did not immediately respond to Fox News' request for comment. Epstein died in a New York prison last August at age 66 in what has been ruled a suicide.