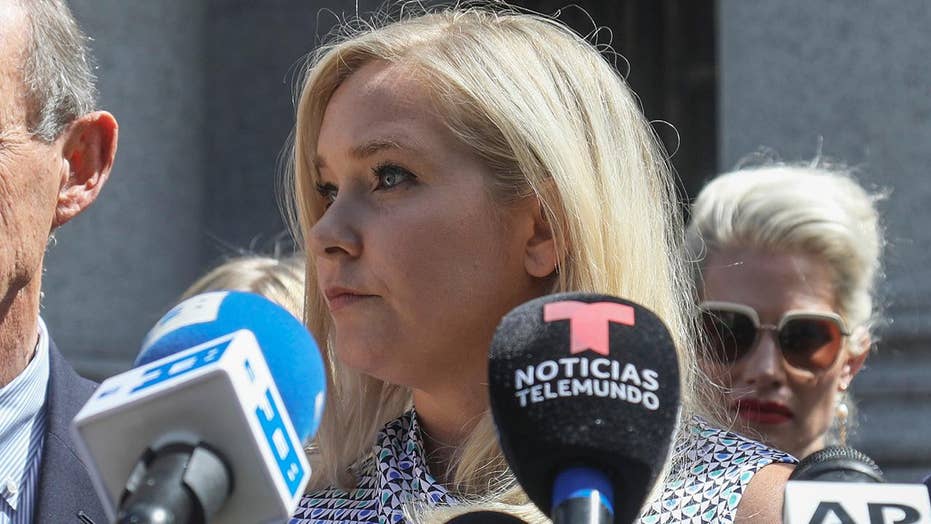 Virginia Roberts, who said she was trafficked by convicted pedophile Jeffrey Epstein and forced to have sex with Prince Andrew on three occasions nearly 20 years ago, claims she has been informed by the FBI about a “credible death threat” made against her.

The 36-year-old, who now goes by Virginia Giuffre, made the allegation on Twitter Wednesday, which is just a day after she posted a cryptic message on the social media site saying she is in no way “suicidal.”

On Tuesday, Roberts wrote that there were “many evil people” who want her quieted after she came forward with her shocking story. She is known as one of Epstein’s most outspoken accusers and has asserted the Duke of York was one of the men she was forced to have sex with, an accusation that has led to his stepping down from official royal duties.

Roberts did a BBC interview earlier this month in which she described being trafficked to London in 2001. She told the outlet Epstein and his girlfriend, Ghislaine Maxwell, took her to a club where she met Prince Andrew.

Roberts admitted that her memory was foggy at the time and that she might have some dates and place wrong but insisted she was certain of the key facts.

In this Aug. 27, 2019, photo, Virginia Roberts Giuffre, who says she was trafficked by sex offender Jeffrey Epstein, holds a news conference outside a Manhattan court where sexual assault claimants invited by a judge addressed a hearing following Epstein's jailhouse death in New York. Prince Andrew suffered fresh scrutiny Monday night, Dec. 2, when Giuffre, who told BBC she was a trafficking victim made to have sex with him when she was 17, asked the British public to support her quest for justice. ((AP Photo/Bebeto Matthews))

Roberts asked the British people to "stand up beside me, help me fight this fight, to not accept this as something that is OK."

A lawyer for Maxwell, who has not been charged with any crimes, did not immediately respond to Fox News' request for comment. Epstein died in a New York prison last August in what has been ruled a suicide.