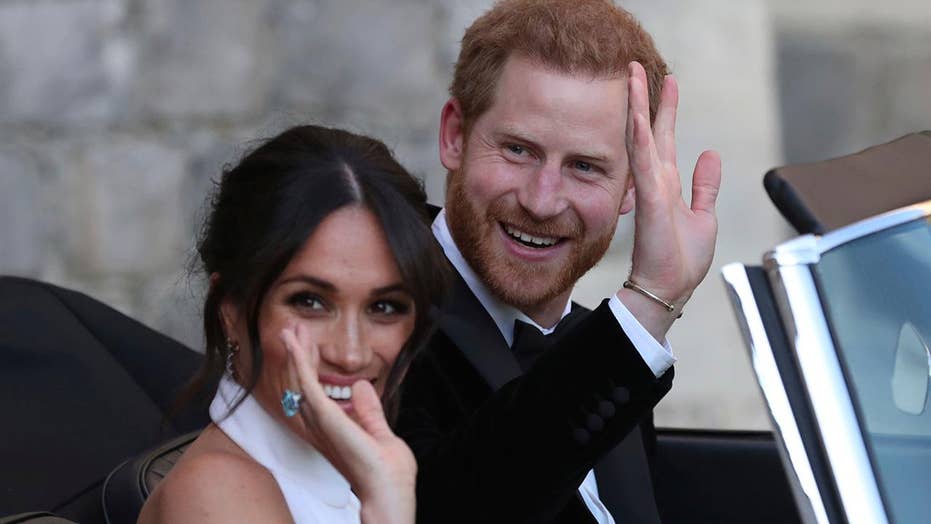 Can Meghan Markle and Prince Harry become financially independent by banking on their royal titles as Duke and Duchess of Sussex? According to royal experts, the answer is cha-ching.

On Jan. 8, the former American actress and British prince announced they will take “a step back” as senior members of the royal family and instead work independently, splitting their time between the United Kingdom and Canada.

According to a statement released by Buckingham Palace, the couple “do not want to be reliant on public funds in their new lives.” The pair already indicted on their website that they will also cease from dipping into the Sovereign Grant, a pot of funds set aside by Britain’s Treasury for Prince Harry and Markle to cover a small part of their office costs. Last year, the fund totaled more than £80 million, or about $104 million.

Harry and Markle also said they still intend to use the public money to pay for official overseas trips carried out by them at the request of the queen and continue to utilize the newly renovated Frogmore Cottage as their base in the United Kingdom, if allowed to.

MEGHAN MARKLE'S ESTRANGED FATHER THINKS SHE, PRINCE HARRY 'OWE' HIM AFTER 'TRASHY THINGS' SAID ABOUT HIM

The Frogmore Cottage was heavily updated with funding provided by British taxpayers, many of whom have taken to social media to plead for their money back.

“Prince Charles, also known as the Duke of Cornwall, has had his own brand called ‘Duchy Originals’ for years,” she explained. “Believe it or not, Charles’ products can be found in such pedestrian markets as Waitrose, the British supermarket and on Amazon.com.”

In the case of Duchy Originals, which was set up by Charles in 1990, all profits go to charitable causes. Still, Carroll believed Markle and Harry would face backlash if they launched a similar project.

“If the Sussexes did this, they would be tarred and feathered by the British press as quite literally ‘common’ money-grubbers,” she said. “But no one is batting an eye that the Prince of Wales is monetizing his position, let alone in the most mass of markets. Obviously, these ventures are financially successful and no one seems to care about commercialism.”

Britain's Queen Elizabeth II, and Meghan the Duchess of Sussex and Prince Harry watch a flypast of Royal Air Force aircraft pass over Buckingham Palace in London on July 10, 2018. As part of a surprise announcement distancing themselves from the British royal family, Prince Harry and his wife Meghan declared they will “work to become financially independent” — a move that has not been clearly spelled out and could be fraught with obstacles. (AP Photo/Matt Dunham)

“The media should be applauding the Sussexes for their desire to be independent of taxpayer funds because they do wish to be able to choose some of their own projects,” she added.

The Sussexes particularly sparked backlash after they officially filed a trademark to register their own royal charity.

According to People magazine, the couple's filing for their organization was published last week, roughly six months after Meghan and Harry announced they would be separating from the joint charity they previously shared with Prince William and Kate Middleton.

According to the outlet, the trademark application lists a number of items, including magazines and "clothing items, social care services and charitable fundraising."

Still, Carroll pointed out that the Duke and Duchess of Cambridge have previously filed patents for merchandise to protect their name and likeness from outside commercial entities.

Kate Middleton and Prince William wave to well-wishers as they leave the launch of the King's Cup Regatta at Cutty Sark, Greenwich, on May 7, 2019, in London, England. (Photo by Ben Stansall - WPA Pool / Getty Images)

“While there has been little to no coverage about Charles and the Cambridges, other than the very positive mention that the couple is a marketable brand, Harry and Meghan are being viewed as crass and commercial by the identical media outlets who have praised their in-laws for their savvy business acumen in doing the exact same thing.”

In giving up their public funding, Harry and Markle are free to explore other options for raising money, such as, as is widely speculated, crafting a production deal in Hollywood.

This also brings into question security for the pair, which is provided to the royal family by a special, taxpayer-funded security force. Details about the couple's international security have yet to be announced, but the Sussex's website states that security is "mandated" by the queen.

Dr. Jana Mathews, associate professor of English at Rollins College, researches and teaches on premodern kingship and royalty. She also told Fox News that the Sussex brand wouldn’t be a new concept among royals.

“English royalty has a long history of putting its stamp on things — literally,” she explained. “In the 14th century, dukes and duchesses passed on heraldic badges (small pins engraved with their family logo) to their subjects with the expectation that they would wear them as visible signs of loyalty and allegiance."

Mathews also shared that the former “Suits” star has the “Midas touch” to bring in big bucks for her growing family without the help of her in-laws.

“Anything she wears in public sells out within seconds,” she said. “The couple’s new trademark sets the stage for the building of a fashion empire where Meghan is a walking advertisement for her own designs.”

“The current British royal family is a perfect example of how titles beget money,” she continued. “As real estate moguls and one of the largest property owners in the UK, Queen Elizabeth and Co. generate millions each year in rental income from the estate’s vast portfolio of shopping malls, swanky hotels, office parks, skyscrapers and arable farmland — all of which is built on land that was amassed through 500 years of trading on one’s name. Harry and Meghan aren’t proposing to do anything different than Harry’s relatives dating back to the Middle Ages have done or are doing; they are just doing it much more transparently and openly.”

No long-term plans for Harry and Markle have been announced in terms of how they'll raise funds.