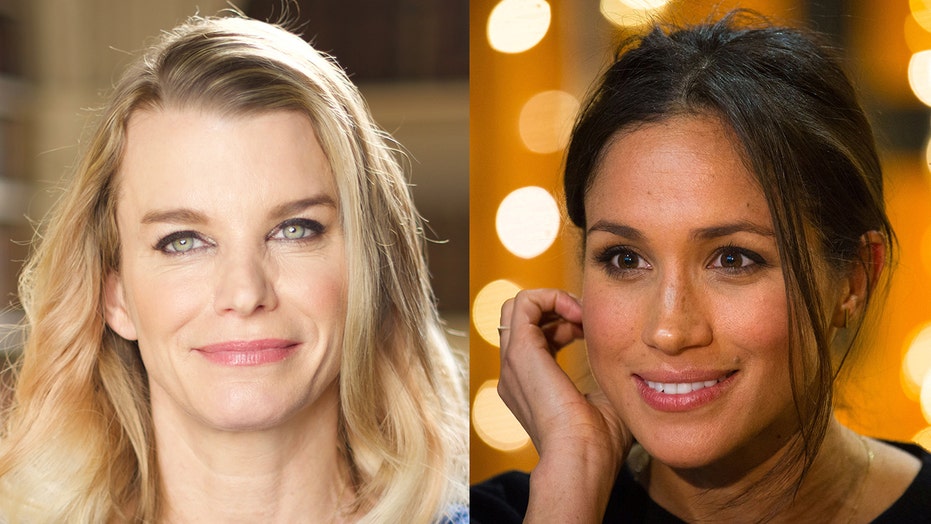 American actress-turned-British-aristocrat Julie Montagu is sympathizing with Meghan Markle amid her and Prince Harry's Megxit, claiming the world will truly never know just how difficult Markle's transition to a royal was.

In an interview with People, Montagu, also known as Viscountess Hinchingbrooke after marrying Luke Timothy Charles Montagu, Viscount Hinchingbrooke -- son of the 11th Earl of Sandwich -- said she understands the pressure Markle has been under from not just becoming a member of the royal family, but for living under a microscope overseas, too.

The British aristocrat, who helps manage the Mapperton Estate in Mapperton, England with her husband, confessed that her transition into a "formal" British aristocratic society -- a move she claimed isn't nearly as daunting as Markle's -- was the "hardest thing."

Montagu told the outlet that simple tasks and leisure activities like eating breakfast "in your PJs" is no longer possible. The actress, who currently stars in "American Aristocrat's Guide to Great Estates" on the Smithsonian channel, detailed the difficulties she's faced and empathized with Markle over the drastic changes she's likely endured.

"With the aristocracy, it's still formal, but I imagine the royal family is just that much more. I don't have to curtsy all the time or have as many formal dinners. Plus, I get to voice my opinions and be openly political if I wish -- Meghan can't," the television host told People.

On Jan. 8, Prince Harry and Markle announced their decision to "step back" as senior members of the royal family. On the couple's official website, the duo also revealed their plan to implement a new media relations policy later this year that will replace the royal family's current Royal Rota system, which gives British media representatives the opportunity to have access to their family events, photos, etc. first.

Montagu also provided her opinion on the British press' treatment of Markle.

"The British press is absolutely 100 percent ruthless," she told People. "Ask anybody to go try and find a positive article about Meghan over in this country. It's very hard to do. I'm the American living over here and it's really hard to find a good article about her."

Prince Harry returned to Canada on Monday after spending the last few weeks in the U.K. to discuss Megxit with the queen. A royal expert told Fox News last week that his relationship with brother Prince William is at an "all-time low." (Getty)

Montagu claimed that while many may assume what it's like transitioning from an American citizen to a British royal, it's impossible to anticipate the changes "until you're in it."

"There is a real difference between Britain and America. We may speak the same language, but it's completely two different cultures, and more so with the royal family. There are traditions. There are protocols," she explained.

Montagu added that it's probably been an adjustment for everyone involved to welcome Markle's openness and political views.

"You can't stop somebody from being themselves," said the aristocrat. "Harry has grown up with a life of service. That's all he's known. Meghan, on the other hand, has grown up in a life of go-getting, a life of doing. You combine them together, and what I think is wonderful is -- rather than Meghan having to give up everything, which everybody thought she was going to have to do -- Harry has said, hang on. Do you know what? We've tried it."