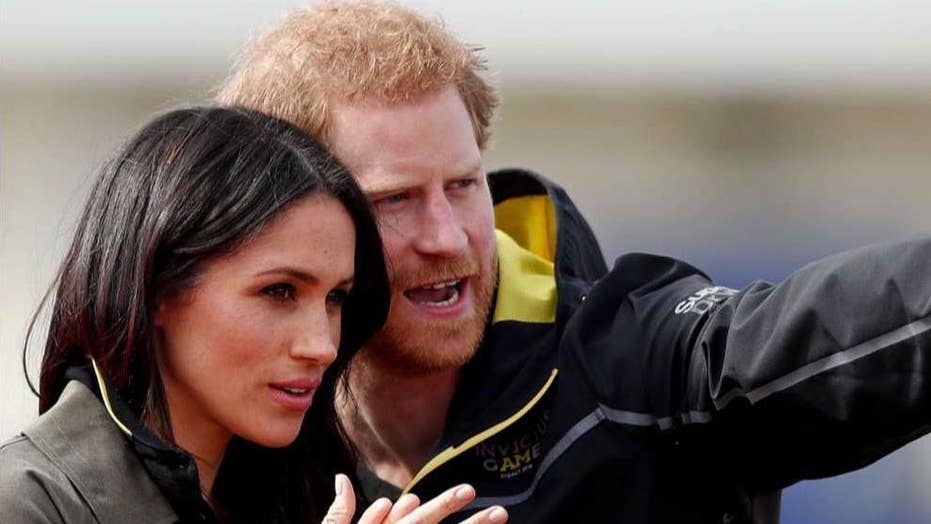 Royal commentators differ about what sparks so much of the bad press aimed at Prince Harry and Meghan Markle; Alex Hogan reports.

Meghan Markle and her husband Prince Harry will no longer use their royal titles (His/Her Royal Majesty) following their “Megxit” deal — but did one member of the British royal family help make this decision?

“I read that the now-bedridden and ailing Prince Philip was likely instrumental in the decision to request that his grandson and Meghan not use their royal titles because he’s so pi--ed off at them,” royal author Leslie Carroll told Fox News. “While I can understand how it might be seen as tacky if they are seen to commoditize their titles by making money off of them, Harry was born a prince, so he shouldn’t be prevented from using his title.

"And Philip has a pesky history of making unfortunate remarks about people of color, so [it] may be coming from a deeper, well, darker place," Carroll claimed.

Carroll has written several books analyzing the British royal family’s history and what the future holds for them, including “Notorious Royal Marriages,” “Royal Affairs,” and most recently, “American Princess: The Love Story of Meghan Markle and Prince Harry.” She believes the Duke and Duchess of Sussex have been mistreated by the tabloids, prompting them to step back as senior royals and instead split their time between the UK and Canada in hopes of quietly raising their son Archie.

“There’s overwhelming hypocrisy and a serious set of double standards in the way the Sussex couple have been treated with The Firm, as well as by certain segments of the British press,” she explained. “Harry — the man who was born as ‘His Royal Highness,’ who begged to do his duty and serve his country in the military, rather than remain at home and cut ribbons, who is beloved by his fellow servicemen and women, and who founded the Invictus Games, which has… brought enormous recognition to the courage of wounded warriors — was asked to forfeit his military patronages.”

“It is any wonder he’s feeling déjà vu about the way his mother [Princess Diana] was treated by his family and by the press,” she added.

Carroll shared that Markle, 38, and Harry 35, have helped modernize the British monarchy and, therefore, the family will lose two essential members in keeping it more relevant than ever.

“Who does The Firm have?” Carroll questioned. “Prince Andrew has been properly booted to the curb. Philip is retired and bedridden. Princess Anne’s and Prince Andrew’s children are not working royals. Prince Edward’s children… are too young to carry out royal responsibilities… This leaves Prince William and Kate Middleton to take on a greater share of duties for the monarchy. And Kate has three young children to spend time with, even if she has lots of staff.”

Carroll also believed Harry’s father Prince Charles, who is next in line to the throne, could have taken a more active approach in showing the country Markle is far from an outsider.

Dec. 18, 2019: Britain's Queen Elizabeth, Prince Charles, Prince William and Prince George pose for a photo to mark the start of the new decade in the Throne Room of Buckingham Palace, London. This is only the second time such a portrait of the monarch and the next three in line to the throne has been released, the first was in April 2016 to celebrate Her Majesty's 90th birthday. (Ranald Mackechnie/Buckingham Palace via AP)

“Charles could have invited Meghan to participate with him in an environmental initiative, instead of allowing her to be vilified in the press for liking avocados,” she said.

Despite the bold move to step back as senior royals, Carroll said both Markle and Harry are doing the right thing for their growing family.

“Meghan and Harry were bullied out of the royal family,” she claimed. “Harry did the wise and adult thing by protecting his wife and newborn from a highly toxic environment. The British press doesn’t know how to handle his being a responsible adult instead of the wild child of the past whose screw-ups made headlines for them.

“The Firm just lost two of their globally most popular and brightest stars,” she continued. "The [royal family] may regret their actions. I suspect that the realization will dawn soon enough that they miss Harry and Meghan… and [their] ‘Diana factor.' They need Harry and Meghan more than the Sussexes need them.”

Harry previously addressed — in a speech given at a dinner for supporters of the Sentebale charity in London — why he and Markle chose to live part-time in Canada.

"The UK is my home and a place that I love. That will never change," he said. "I have grown up feeling supported by so many of you, and I watched as you welcomed Meghan with open arms, as you saw the love and happiness that I had hoped for all my life. Finally, the second son of Diana got hitched, hooray!"

Harry then stressed that he and Markle still held the same values, and she's still the same woman he's loved. He also recounted the excitement they felt when they began their journey together and spoke about the "great sadness" he feels of the situation becoming so dire.

MEGHAN MARKLE ‘HAD NO IDEA WHAT SHE WAS GETTING HERSELF INTO,’ SAYS PRINCESS DIANA’S FORMER BUTLER

Harry then explained that he and Markle originally hoped to support the queen without funds from the public.

"Unfortunately, that wasn't possible," he stated. "I've accepted this knowing it doesn't change who I am or how committed I am, but I hope it helps you understand what it had come to, that I would step my family back from all I have ever known to take a step forward into what I hope can be a more peaceful life."

Harry then thanked the crowd for taking "me under your wing" after the death of his mother, Diana, 23 years ago.

"You looked after me for so long, but the media is a powerful force. And my hope is one day our collective support for each other can be more powerful because this is so much bigger than just us," he said. "It has been our privilege to serve you, and we will continue to lead a life of service. So in that respect, nothing changes."

Harry concluded by saying he holds "the utmost respect" for his grandmother, and is "incredibly grateful for the support his family has shown him in recent months.

"I will continue to be the same man who holds his country dear and dedicates his life to supporting the causes, charities and military communities that are so important to me," said Harry. "Together, you have given me an education about living, and this role has taught me more about what is right and just than I could ever have imagined. We are taking a leap of faith, so thank you for giving me the courage to take this next step." 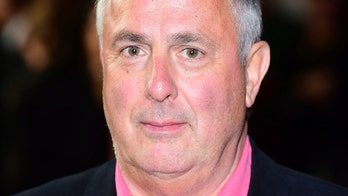