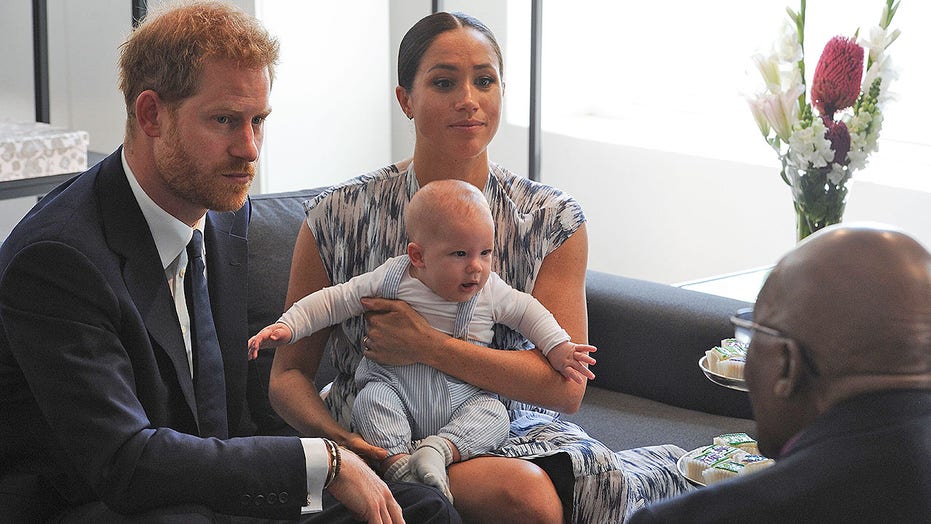 Meghan Markle had to fight for the protection of her and Prince Harry's son, Archie, and the pushback she and Harry received contributed to Megxit, according to a new report.

Markle and Prince Harry announced earlier this month their desire to "step back" as senior royals and split their time between the United Kingdom and North America, specifically Canada, to earn their own income. Buckingham Palace and Queen Elizabeth II supported the couple's decision on Saturday and confirmed they would no longer use HRH titles once Megxit is complete in the spring of 2020.

Now, a report from TMZ claims Markle thought she had an idea of what to expect when marrying into the British royal family, but she was surprised to find herself and her baby boy under much more scrutiny than she anticipated.

According to the gossip outlet, Markle and Prince Harry were advised by royal "higher-ups" to be more "forthcoming" about releasing photos of Archie. Meanwhile, the outlet claimed the couple also felt pressure from the British press to be able to publish photos of their first child similar to how Prince William and Kate Middleton share snaps of their three kids.

Prince Harry and Meghan Markle struggled to maintain their son Archie's privacy, according to a report. (Andrew Milligan/Pool Photo via AP)

Markle's "final straw" was the backlash she received for keeping Archie's christening a private event, TMZ said. Insiders claimed U.K. citizens expected to know and see more of the family's private side due to their contributions as taxpayers.

"They think if the British public aren't contributing financially then they don't have the same right to comment on their private life," an insider said.

After spending the last few weeks in the U.K. to discuss Megxit with his grandmother, Prince Harry returned to Canada on Monday to reunite with her and Archie.