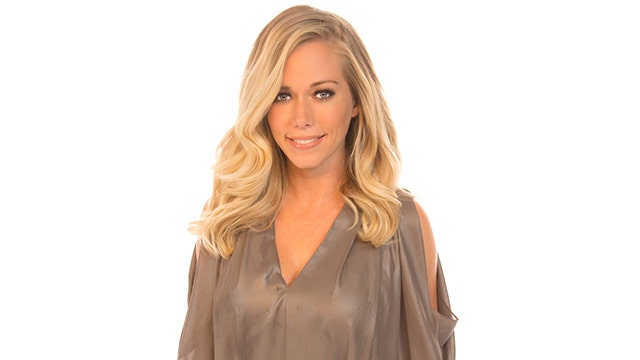 The former Playboy cover girl took to Instagram on Friday, posting a paparazzi snap of herself walking down the street with billionaire boyfriend Donald "DJ" Friese. But rather than confirming she has a new man in her life, the reality TV star insisted the two are just friends.

“Last night I step out with my friend,” she captioned the photo. “We look like we are dating but we are definitely not. It’s a very strange time right now with new people in my life and trusting people all over again is very scary. I try to just go with the flow and do what makes me happy and what makes my soul smile but sometimes bites my butt and I wake up and have to answer to people about a picture they see.”

“I do believe in love and I do believe I will in time find my soul mate but for now mama is just having fun exploring my new life,” continued Wilkinson. “I’m healthy and kids are great and for now that still remains top priority. I pray pray pray so hard that the choices I’m making now are right. I’m a fragile a--mother f---er right now. Giving this thing called life everything I got and more.”

E! News previously reported Wilkinson was “definitely dating” the 47-year-old who called it quits with former “Baywatch” star Donna D’Errico in June of this year.

An insider alleged Wilkinson and Friese have “seen each other multiple times” but have decided to keep mum about their budding romance.

The 33-year-old finalized her divorce from former American football wide receiver Hank Baskett in October 2018 after being together for nine years. Both cited irreconcilable differences for the reason behind their split. They share two children: Hank Baskett IV, 9, and Alijah Mary Baskett, 5. The former couple agreed to split joint legal and physical custody.

The Playboy centerfold became a household name when she was just 18 years old and found herself living in the Playboy Mansion alongside fellow Playmates Holly Madison and Bridget Marquardt. The three models, recognized then as Playboy founder Hugh Hefner’s girlfriends, became stars on E!’s hit reality TV series, “The Girls Next Door.”

KENDRA WILKINSON SAYS SHE SIGNED HER ‘LAST DIVORCE PAPER’ FROM HANK BASKETT: ‘I GAVE IT ALL I GOT’

Wilkinson would eventually leave the Mansion to live with Baskett in 2009. She maintained a positive relationship with Hefner, describing him as “family” and “an angel.”

“I had a really great experience being at the Playboy Mansion,” Wilkinson told Fox News in 2016. “Yes, of course, there was some sex involved and everything… but in my life, it was the right choice for me to make. I had a great time living there. Hef treated us really well. He gave us everything we wanted and more. He made sure we were all happy.”