CNN says it will have 'conversations,' seek 'additional clarity' amid Chris Cuomo revelations from NY AG probe
CNN was forced to issue a statement amid the damning revelations of its star anchor Chris Cuomo and his unprecedented involvement in his brother's inner circle as the now-ousted New York governor was engulfed in scandal.

Newly-released testimony from the New York Attorney General's investigation into the now-ousted Gov. Andrew Cuomo shows the "Cuomo Prime Time" host heavily worked with the Democrat's inner circle to combat the sexual misconduct allegations against him, even relying on sources in the media on the reporting that was being done on the governor's accusers. 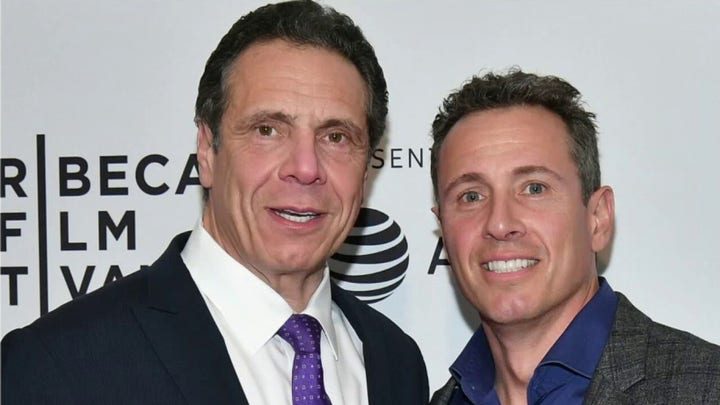 Text messages released by state investigators showed top Andrew Cuomo aide Melissa DeRosa asking about "intel" the CNN anchor had on March 15 about Ronan Farrow's reporting on the scandal, to which he replied it wasn't ready for publication. Farrow's story was eventually published by the New Yorker on March 18.

Cuomo's admission contradicts what he told CNN viewers in August when he claimed, "I never made calls to the press about my brother's situation."

Hours after the revelations went viral and caused an uproar among critics across the media landscape, CNN offered a tepid response to the growing scandal.

"The thousands of pages of additional transcripts and exhibits that were released today by the NY Attorney General deserves a thorough review and consideration," CNN stated. "We will be having conversations and seeking additional clarity about their significance as they relate to CNN over the next several days." CLICK HERE FOR MORE ON OUR TOP STORY.

Waukesha suspect Darrell Brooks' lawyer in other felony cases moves to withdraw, citing conflicts of interest
The Wisconsin attorney for representing Waukesha parade suspect Darrell Brooks Jr. in his Milwaukee County legal troubles has moved to withdraw from those cases due to new conflicts that arose when his client allegedly plowed through a Christmas procession, killing at least six people and injuring dozens.

"Relationships and familiarities, both direct and indirect, between Attorney [Joe] Domask and members of Domask Law Office and individuals, families, groups, organizations and the communities affected by incidents arising on November 21, 2021, in the Waukesha County Holiday Parade have created a concurrent conflict of interest in Attorney Domask’s representation of Mr. Brooks in this case," the motion reads.

Domask had hinted at the decision last week, shortly after news of the parade attack emerged.

"Our hearts are broken for all families affected by the tragedy at the Waukesha Parade," Domask told Fox News Digital a week ago. "The Waukesha community is dear to our hearts here, and we joined in their sorrow. And we keep all those affected by this incident in our thoughts and prayers."

Regarding the charges in Milwaukee, he said he was still representing him, "at the moment."

But the next day, he notified the court that he planned to withdraw from two open cases in Milwaukee, records show. Both contain multiple charges against Brooks, including one for allegedly shooting at and missing his nephew and another for driving his red Ford SUV over the mother of his child. CLICK HERE TO READ MORE.

In other developments:
- Waukesha Christmas parade tragedy victim, 52, to be laid to rest Monday
- Waukesha parade suspect beat up girlfriend five months before running her over with his car
- Waukesha Christmas parade suspect Darrell Brooks charged with sixth count of intentional homicide
- Jason Rantz blasts CNN for Waukesha tweet: This is why they're not trusted
- Remains of missing Wisconsin mom found months after disappearance, search firm says

"The scale falls clearly in favor of healthcare facilities operating with some unvaccinated employees, staff, trainees, students, volunteers, and contractors, rather than the swift, irremediable impact of requiring healthcare facilities to choose between two undesirable choices — providing substandard care or providing no healthcare at all," wrote U.S. District Judge Matthew Schelp in a 32-page order Monday.

The 10 states impacted by the ruling are those that sued the Biden administration over the rule: Alaska, Arkansas, Iowa, Kansas, Missouri, Nebraska, New Hampshire, North Dakota, South Dakota, and Wyoming. 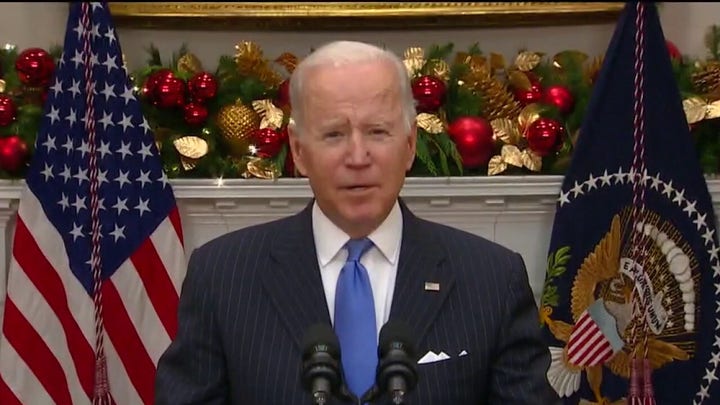 Biden's Nov. 5 order applied to health workers in hospitals that receive federal funding through Medicaid or Medicare, with Biden arguing that the rule was needed to help slow the spread of COVID-19 among the nation's health care workers.

But Schelp ruled the order likely exceeded Biden's authority, giving the ten states a temporary victory as the case continues to wind its way through the system. 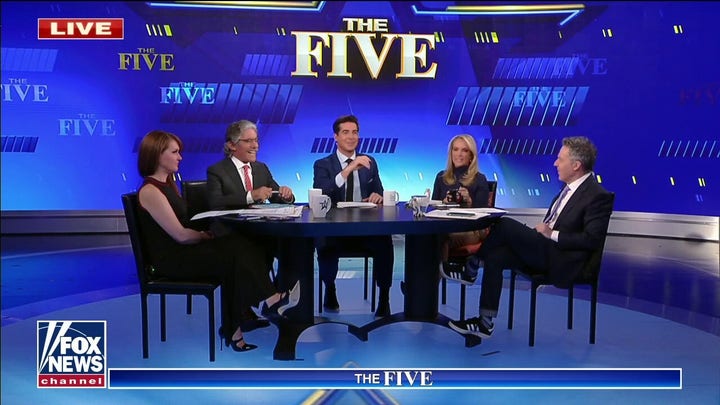 Fox News' Greg Gutfeld on Monday argued that when members of the media see everything through a "political lens," they tend to ignore realities of situations and instead focus on their own agenda.

"You end up being a dope who roots for things that harm people but will benefit your politics, right? So what you have [is an] entire progressive movement that roots for a country to hit rock bottom because they will be the ones ready to be able to regrow the country and save the day," Gutfeld said on "The Five."

Fox News First was compiled by Fox News' David Aaro. Thank you for making us your first choice in the morning! We’ll see you in your inbox first thing Wednesday.