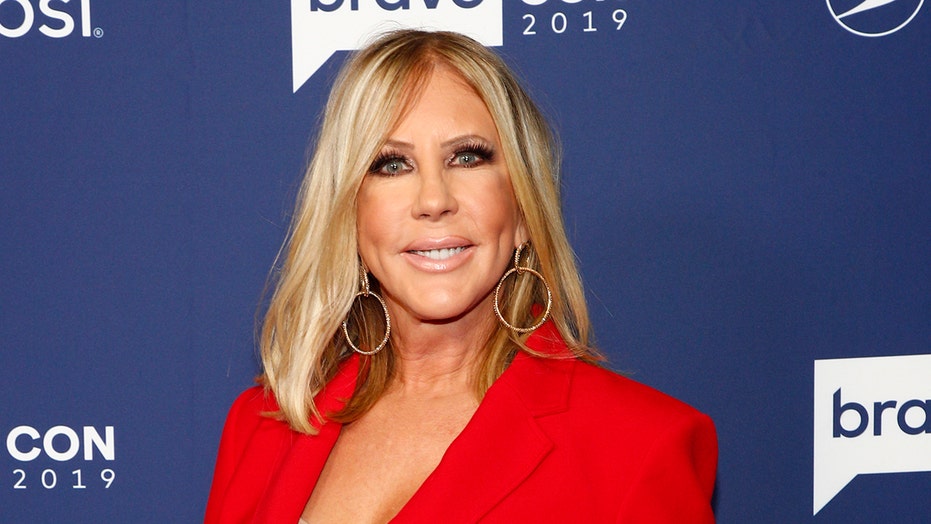 ''Real Housewives of Orange County'' star Vicki Gunvalson is under fire after urging the California governor to open up businesses, particularly hair and nail salons, amid the coronavirus pandemic.

Non-essential businesses across the country have been shuttered since mid-March, and on Monday, the former reality star requested California Governor Gavin Newsom to reopen them in less than two weeks, despite the Golden State having the fourth-highest number of COVID-19 cases, as of Thursday.

"@GavinNewsom Let’s get America who is healthy back to work. We need hairdressers, nail techs, small business’s and restaurants to start reopening May 1st. Please?" Gunvalson wrote.

STARS WHO HAVE CHANGED THEIR HAIR AT HOME DURING CORONAVIRUS QUARANTINE

Gunvalson, 58, was met with immediate criticism from Twitter users, many of whom used GIFs to call out the reality star's "stupidity" and denial amid the pandemic that continues to take lives.

One perturbed follower of the star shared a GIF of "Toy Story" character Buzz Lightyear saying the infamous line "There seems to be no sign of intelligent life anywhere" as a response.

"What a dumba--," another one of her follower's replied.

A GIF of Jada Pinkett Smith saying "You're not thinking" was also used as a comeback to the star, with several other fans in agreement that Gunvalson's tweet was plain wrong.

SAM SMITH '100 PERCENT HAD' CORONAVIRUS DESPITE NOT GETTING TESTED

"The awesome news is that 99% of these responses are sound minded citizens who are willing to wait a bit to get their nails and hair done for the greater good - shame on you!" one fan tweeted, along with praise to Newson for "keeping us safe."

"There's a reason people ARE healthy. Cause they're staying in," another informed the TV star. "We all want to work but returning needs to be gradual. And it's been a little over a month not 2."

"There's no such thing as letting 'healthy people' go back to work because we don't know who has it. They can 'seem' healthy but can still be a spreader. You have a beautiful home, just relax," another fan said.

One person added: "Seriously? You're willing to open w/out widespread on-demand testing available? If someone can't show you a negative test result, assume they are infected. Why not just throw a nice big infection pool party."

Gunvalson announced in January she was leaving "The Real Housewives of Orange County" after 14 seasons. The Bravo show follows the affluent lives of housewives in the glamorous beach town.

"Translation: you need a pamper day, out with the girls. Right? Cause we good and well you're not of the workers you listed," criticized another.

"I mean are you surprised that she can think about anyone but herself? Cuz I'm not," another one of Gunvalson's followers tweeted.

"Vicki wants to 'WHOOP IT UP' while people are dying. Nice," one person agreed, prompting a reply from Gunvalson herself.

CELEBS EMBRACE GRAY HAIR IN 2020: 'EMBRACING YOUR SILVER LOCKS IS ALWAYS A RITE OF PASSAGE'

"Nope, reread this again. I said nothing about whooping it up. I said we need to get back to work. Been in quarantine for 2 months as I'm sure you have," the Bravo star wrote.

"I've been in for 46 days. You are much more financially equipped to deal with staying home than most of us. Do your patriotic duty and stop putting money before human lives. Give our medical professionals a freaking chance. They are dying. We NEED them," a fan then responded.

'RHOC' STAR VICKI GUNVALSON LEAVING SHOW AFTER 14 SEASONS: 'I WILL ALWAYS BE THE OG OF THE OC'

Gunvalson's apparent tone-deaf tweet comes amid a number of stars sharing how they are handling the tasks of doing their own hair and nails without their glam teams.

For instance, Brad Paisley won over the hearts of fans after his wife posted a video of the country star touching up her roots. Eva Longoria filmed herself sharing tips with her millions of Instagram followers this week while putting a spotlight on her gray hairs.

Singer Pink, who has recovered after contracting COVID-19 in March, gave herself a haircut, while Gwen Stefani took it upon herself to give boyfriend Blake Shelton a mullet.

Gunvalson publicly responded to the backlash in a statement to The Hollywood Gossip.

"I am in the insurance business. I work day and night in a business I built from the ground up to protect people’s assets. People who work at (and own) restaurants, people who do hair, nails, etc., and small business owners, as well, cannot work from home. They are losing their shirts financially every single day and the risk factor is huge," Gunvalson said.

"People are dying and it’s horribly sad to see, especially with it running the gamut from young to old. My thoughts and prayers are with all who have lost loved ones. With that being said, though -- and in no way am I taking away from the grief these people are dealing with -- we are setting ourselves up for a lot of risk going forward if we don’t start to reopen things," Gunvalson's statement continued.

"I’m not encouraging a salon to open and six chairs to be next to each other and people all on top of each other. Rather, if a hair salon (for example) could open, wear appropriate protective equipment (such as masks and gloves they change after each client) and ensure clients are socially distanced from one another, the benefit to the business surviving is massive. Also, if low numbers are present at a time and social distancing measures are taken into account, it would likely be low risk.

"That’s all I meant by my tweet," she concluded. "I do apologize to anyone I offended, as that is never my intention and I have always looked out for everyone’s best interests."