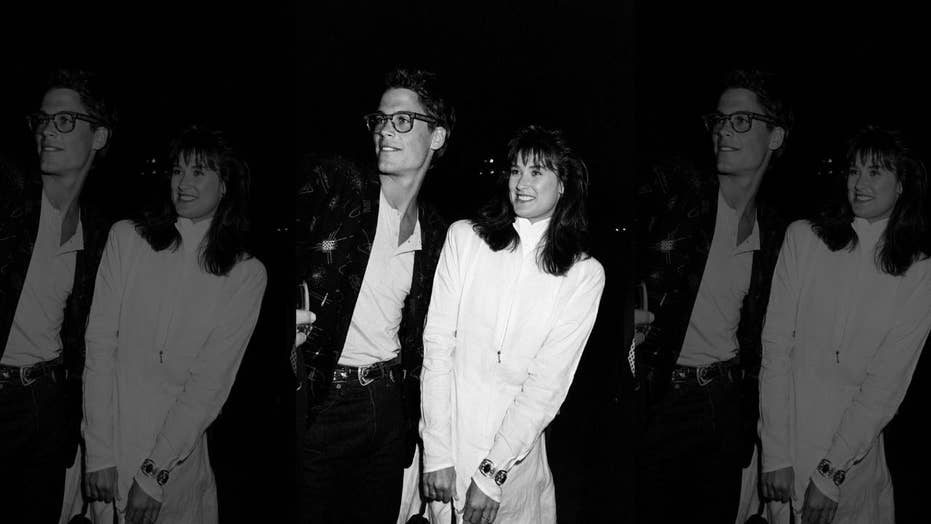 Rob Lowe is praising his “St. Elmo’s Fire” co-star Demi Moore for coming forward with her much talked-about tell-all.

The actress recounted her struggles with substance abuse, as well as her troubled childhood and marriages in her new memoir “Inside Out.”

Lowe, 55, appeared on “The View” Monday and revealed the 56-year-old “was the first person I ever knew who got sober.”

“She was a huge inspiration to me,” the actor continued. “It was the ‘80s, we were all doing our thing. I just remember thinking, ‘If that girl can get sober, anybody can.' Everybody has that person in their life where they go, ‘That’s a great example.’ So it was very helpful.”

Lowe, who has been sober for 29 years, said he “loved rehab” because it gave him “answers that I didn’t have” about life.

“It was like going to school to learn how to live your life with tools that nobody ever taught me,” he explained. “Here’s one of the great ones I learned: Never compare your insides to someone else’s outsides. I spent a lot of time thinking, ‘Should I be doing this, should I be doing that?’ It changed my life. I have great empathy for people who can just do it themselves. I needed experts. It was great, it was fantastic.”

“[It was] a profound gift that they gave me,” she said, speaking about sobriety.

Moore wrote in her book that the collapse of her marriage to Ashton Kutcher impacted her mental and physical health. The couple divorced in 2013.

She broke her 20-year sobriety and began abusing Vicodin and alcohol. Her three daughters – Rumer Willis, 21, Scout Willis, 28 and Tallulah Willis, 25 – stopped speaking to her.

Moore, who was in pain and isolated from her family, weighed a mere 102 lbs. In 2012, the Hollywood star was rushed to the hospital after smoking synthetic marijuana and inhaling nitrous oxide at a party.

“I guess the fundamental question that came forward for me was, ‘How did I get here?’” Moore previously admitted in “Good Morning America.” “From where I started to what I’ve experienced, where I’ve been, how did I get here?”