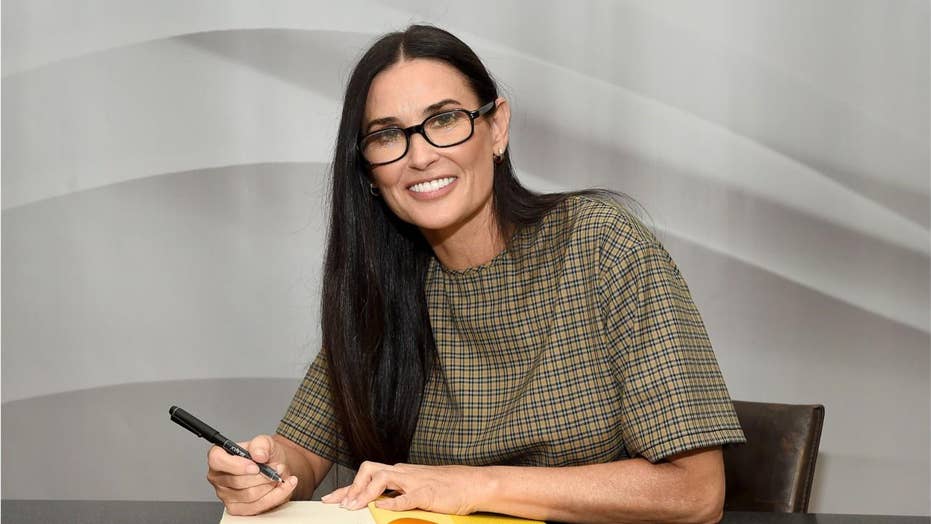 Demi Moore has been making headlines all week for her intimate and stunning new memoir, "Inside Out."

The 56-year-old actress has written about her bumpy childhood, her movie career and her three marriages, as well as her personal demons such as addiction issues. Moore has also disclosed that a director once told her to gain weight for a movie role because he felt she had taken her diet too far.

Moore described how during the height of her career she was "obsessed" with her weight and how she looked on camera.

Woody Harrelson and Demi Moore engaging in a sensual slow dance together in a scene from the film ''Indecent Proposal" in 1993. (Paramount Pictures/Getty Images)

“I didn’t feel like I could stop exercising,” she wrote. “It was my job to fit into that unforgiving military uniform I’d be wearing in two months in [1992's] 'A Few Good Men.' Getting in shape for that movie launched the obsession with working out that would consume me over the next five years. I never dared let up.”

After the success of "A Few Good Men," Moore was cast in director Adrian Lyne's film "Indecent Proposal" alongside Woody Harrelson and Robert Redford. She wrote that Lyne was known for having a lot of sex scenes in his movies and she wanted to look her best while being nude or nearly nude on screen.

Moore and Lyne agreed that "he would be free to shoot the sex scenes however he wanted, but in the end I could review the footage and if there was anything I felt was too invasive or gratuitous, he would cut it." 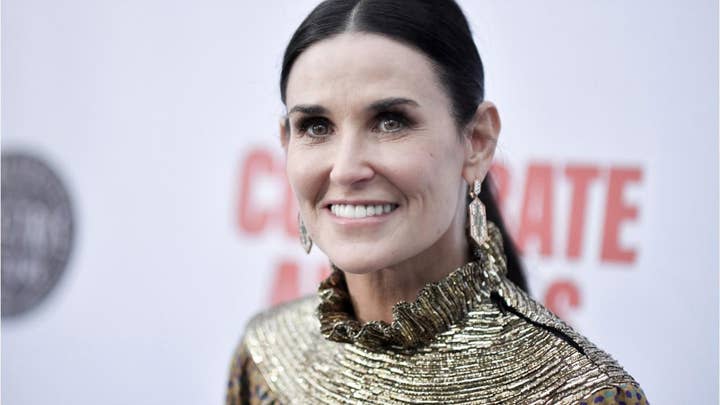 When Moore went for a costume fitting, Lyne was there and commented: "You've lost a lot of weight." Moore claimed that Lyne looked "disturbed" and yelled, "I don't want you looking like a f--king man!"

Moore later got a call from her agent telling her she needed to gain 10 pounds for the movie. She met with Lyne with her agent present and tried to reason with the director about her struggle with food.

Ultimately, Moore won and continued her intense exercise and diet regime, waking up at 1:30 in the morning to go to the gym.

Moore eventually contracted pneumonia while shooting and a "medical crew" had to come to the hotel and give her antibiotics intravenously. Moore said that despite her efforts, Lyne had gotten into her head and by the end of the filming, she had gained the 10 pounds anyway.

"I couldn’t go on fighting my body and my weight; I had to make peace.

“When I was making 'Striptease,' for breakfast I would measure out a half cup of oatmeal and prepare it with water, then for the rest of the day I would have only protein and some vegetables-- and that was it,” she said. "If all this obsessing about my body sounds crazy to you, you’re not wrong: eating disorders are crazy, they are a sickness. But that doesn’t make them less real.”

The next year, Moore started shooting "G.I. Jane," which required her to adopt a more muscular look to play a U.S. Navy officer. She weighed just 138 pounds at the end of the movie but was mentally exhausted from thinking about her body all the time.

“My usual reaction would have been to start starving myself again, to begin an exercise regime designed to reduce the bulk, but I did neither. I had reached my limit,” she confessed. “When I got home to Idaho, I had an epiphany in the shower one day: I just need to be my natural size.”

Moore turned to mediation to help with her body image issues.

"I added into my daily prayer a new mantra: to have the courage to be seen without padding or protection. I couldn’t go on fighting my body and my weight; I had to make peace,” she explained. “I started by giving up hard exercise. I never went back into the gym in the house. Never. … The room it occupied is now my office."