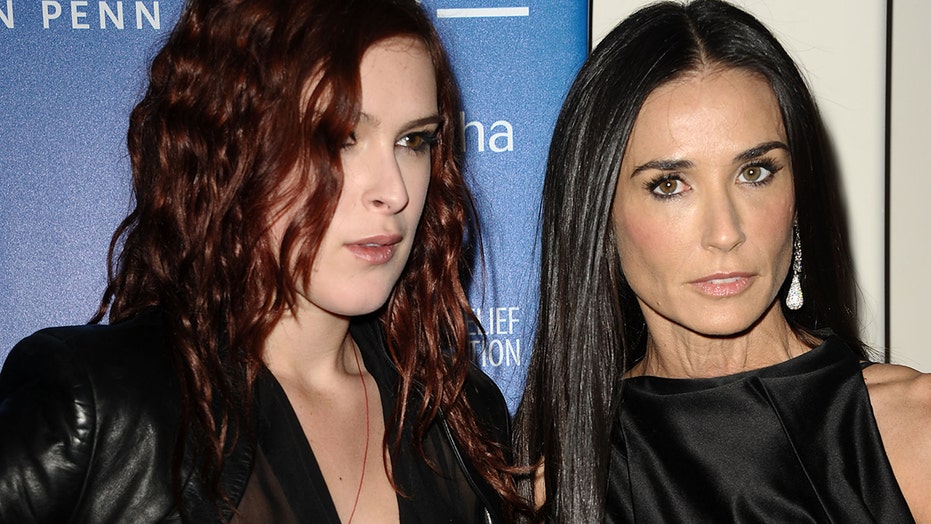 Demi Moore didn't hold back in her new memoir, "Inside Out," which details her substance abuse struggles, marriages to ex-husbands Bruce Willis and Ashton Kutcher as well as her troubled childhood, including being raped at age 15 by a man who paid her mother $500.

Despite the often tough-to-read subject content, Moore's daughter Rumer Willis, 31, said reading the book has helped her see her mother in a new light.

Willis told the WSJ. Magazine's October issue that she wasn't surprised by Moore's book and felt privileged to "see all sides of my mom."

“I don’t know if I would use the word surprising. It’s more like.... When a whole picture of someone’s life is painted—it made so much sense, to see her whole childhood detailed," Willis told the magazine. "It was like having a bunch of puzzle pieces put together."

She added: "Whenever your parents say something like, 'I was your age once and blah blah blah,' when you’re younger you go, ‘Yeah, but you don’t really understand.’ It’s hard to imagine your parents as kids.”

She says she doesn’t have that problem anymore.

"I feel like I’ve had the privilege to see all sides of my mom," Willis concluded. "But I feel like one of the most beautiful parts of her writing this book is everyone who has been a fan of hers or who has loved her for so long will get to see all of those pieces, to see this vulnerable and very beautiful and sometimes intense side that they may not have seen before."

In the book, Moore said she struggled to cope after her marriage to Ashton Kutcher came to end.

The 56-year-old revealed in her new memoir “Inside Out” that her life began crashing down after she and the actor, now 41, decided to split seven years ago.

Ashton Kutcher and Demi Moore at the premiere of "No Strings Attached" at the Regency Village Theatre in Los Angeles, Jan. 11, 2011. (Reuters)

“I lost me,” the actress told television journalist Diane Sawyer on Monday’s “Good Morning America.” “I think the thing if I were to look back, I would say I blinded myself and I lost myself.”

Moore’s personal turmoil wasn’t just based on her broken marriage. She told Sawyer that she had a “colorful” childhood.

According to the actress, she was raped at age 15 by a man who paid her alcoholic mother $500. The sexual encounter happened when she came home one night and an older man she and her mother knew was in the apartment. After he raped her, Moore says the man asked her how it felt “to be whored by your mother for $500.”