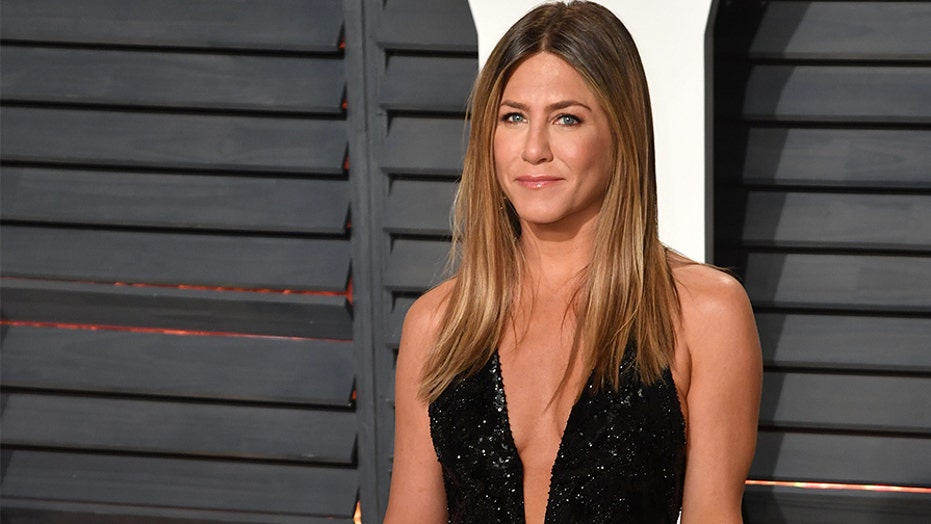 At age 51, Jennifer Aniston still makes heads turn with one of Hollywood’s most sought-after figures.

And while the “Friends” star clearly has great genes, she isn’t afraid to put in the work to look and feel youthful. And make no mistake -- the actress has a no-nonsense approach to fitness that isn’t for the faint of heart, but it’s one challenge that will bring out your inner strength and get you sweating any time of the year. And even if you’re not walking down the red carpet anytime soon, you can’t go wrong with a healthy regimen that will have you celebrating your shape, no matter the occasion.

Here are some of Aniston’s coveted fitness secrets that she has sworn by over the years:

JENNIFER ANISTON FLIPS CORONAVIRUS THE BIRD IN THROWBACK PHOTO WHILE 'BORED' IN QUARANTINE: 'KINDLY F--- OFF'

Get ready for this: Aniston works out every single day. Her personal trainer Leyon Azubuike told Women’s Health in February that the actress exercises up to seven days a week for an hour and a half each session.

"We box, we jump rope, we do strength training, we do a lot of work with resistance bands - we’re big on resistance bands,” he explained. “We rotate these things so it’s always hard, she’s consistently being challenged -- I’m a big fan of switching things up, so the body reacts in a positive way and changes."

Azubuike added that because of Aniston’s hectic work schedule, those workout sessions can start super early in the morning. For example, if she’s scheduled to begin filming at 3 a.m., the pair will begin way before then.

Weight training does the trick.

In 2016, Aniston told People magazine she relies on weight training for her toned physique, especially her enviable arms.

“When I’m at the gym, there are the ropes,” she said. “Grab [...] little 5-pound weights if you have nothing else and just move them around.”

And there’s always “muscle confusion” -- also known as shaking things up with different routines to challenge your limbs. Aniston is a fan of “spin-yoga” three days a week, “which is 25-30 minutes of spinning and then 30-40 minutes of yoga.”

Aniston likes to kick off her mornings on a right note, so don’t expect her to skip breakfast.

She previously told Well + Good her go-to is a shake “with some sort of pure protein,” along with bananas, blueberries, frozen cherries, stevia, maca powder, a little cacao and “a vegetable mix of dynamic greens.” Not only will a healthy meal in the AM keep you feeling fuller longer, but it will also give you the energy needed to kick off your day.

“If I don’t have a shake, I’ll just have some toast and poached eggs with some avocado,” she said. “Or millet cereal with almond milk and bananas -- it’s really yummy, and you can get it hot for winter months.”

JENNIFER ANISTON, BRAD PITT 'CAN GET THROUGH ANYTHING,' CLOSE PAL MELISSA ETHERIDGE SAYS

Can’t get to the gym? No problem.

Aniston told Harper’s Bazaar that when she’s not doing the elliptical, spinning or even running, she plays the “Body by Simone” DVD for floor work. And Aniston is in good company. Simone De La Rue is a trainer who is frequently sought out by the stars, including Victoria’s Secret Angels.

Put up a fight.

Another workout routine Aniston swears by and is a go-to for many supermodels? Boxing.

“There’s something about the mental aspect of boxing - the drills, your brain has to work, you’re not just sitting on a bike,” she told InStyle in 2018, as reported by Hello! magazine.

“It’s amazing,” she said. “Boxing is a great way to get aggression out. You get a mental release of all this crap you’re taking into your ears and eyes every day and have little fantasy moments imagining who you’re actually punching. I’m just grateful it’s not actually the person, even though there’s one person. You know what I mean. It’s all good.”

Aniston is a fan of yoga for a long, lean physique that can be done nearly anywhere, including home.

Her trainer and friend Mandy Ingber told InStyle that after 20-30 minutes of spinning, she’ll dedicate 40-45 minutes of yoga while her heart rate is up. The women particularly focus on standing poses, such as warrior II and triangle, among others.

“She loves balancing poses, like the tree, half-moon pose and warrior II,” Ingber said. “She also likes plank as well, because planks will work with the abs or the forearm plank, so any variation on the plank or the forearm plank.” Yoga is also a great way to build on flexibility, especially if you remain consistent like the star.

HOW BRAD PITT AND JENNIFER ANISTON'S RELATIONSHIP DEVELOPED SINCE 2005 DIVORCE

If you want to heat up your workout routine like Aniston, but don’t have a lot of time, Ingber told InStyle that the secret is dedicating at least 20 minutes each day to moving your body, whether it’s going for a walk or run, which is enough to kick up your metabolism.

“You can totally have a great little yoga routine in two minutes,” she said. “Ten sun salutations and five or six standing poses and five minutes of stretching. We’ll hold the chair [pose] for about 30 seconds, and then we’ll go into about 10 squats or so, and then we’ll repeat that three or four times so that we get plenty of toners in there as well.”

When Anison had a hip flexor injury and couldn’t do yoga, she opted for the Barre Method, which a hybrid of Pilates and ballet that relies on body weight.

“I do 20-30 minutes of cardio and then an hour with barre method,” she told Elle. “I’ve been in constant pain for three weeks straight. The kind where you’re not sure you’ll walk again!”