Jennifer Aniston is twice divorced, but she still believes in love.

The "Dumplin'" actress told Harper's Bazaar of her view on romance, "When it comes knocking, it’s going to be welcomed. I’m not like, 'No, I’m done with that. That’s never going to happen again.' My time on this planet has been about … It hasn’t looked a certain way. It’s my way; it’s what I’ve been given this round. But I would say I don’t find any of my past has given me a reason to harden up and create a shell or a wall of 'No more, that’s it, I’m closed.'”

Aniston, 50, said she loves a man with a good sense of humor and a "strong sense of self-worth," as well as a good inner circle. She added that she believes in the concept of soul mates, noting, "I think we have many soul mates. I don’t think there’s one and one only. I think we have soul clusters."

"I’ve had some of my friends for 35 years," she explained. "I think we’ve all made some sort of unconscious agreement. It’s like when certain groups of people meet, they form a little soul cluster — a sort of common group of souls who have been put together." 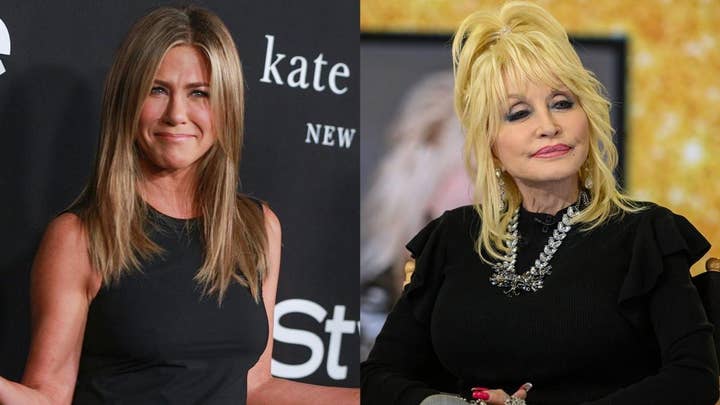 The "Friends" star announced her split from second husband Justin Theroux in February 2018.

She was famously married to Brad Pitt from 2000 to 2005, when he shacked up with Angelina Jolie. Since splitting from the Oscar winner, with whom he shares six children, Pitt, 55, has reportedly been friendly with his first wife, even attending Aniston's birthday party in February. Still, don't expect the couple to reunite anytime soon.

Entertainment Tonight reports that when a rogue cameraman caught up to Pitt and asked if he and Aniston were getting back together, the actor laughed it off, chuckling, "Oh my God," before making a quick exit.