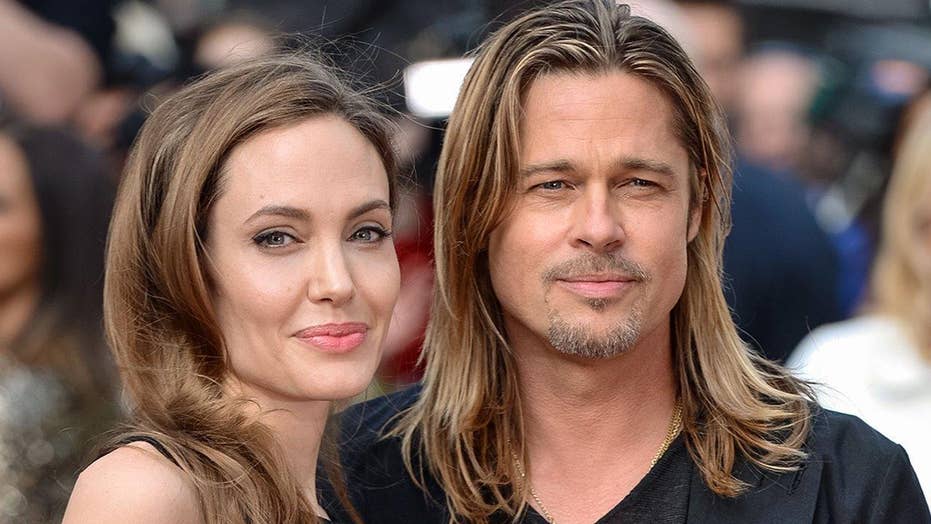 Brad Pitt opened up to GQ Style in an extremely personal interview in which he discussed entering therapy, his relationship with religion, why he stopped drinking and how he is working out a custody agreement with his now ex Angelina Jolie.

Pitt revealed to GQ that he “just started therapy” following what he referred to as a “weird” time after his September 2016 spilt from his wife, Jolie.

“I love it, I love it. I went through two therapists to get to the right one,” he said.

Pitt only mentioned Jolie directly by name at once during his chat with GQ, suggesting to writer Michael Paterniti “You should see Angie's film [‘First They Killed My Father’].”

Still, his relationship with his ex came up a lot during the chat. He admitted it was hard for him to be in his home without his kids immediately following the very public breakup that included an FBI investigation into an alleged fight on a private plane between Pitt and his son.

“It was too sad to be here at first,” Pitt told the magazine. “So I went and stayed on a friend’s floor, a little bungalow in Santa Monica.”

Now, he said he and Jolie are “working at” figuring out a visitation agreement for their six children.

“I was really on my back and chained to a system when Child Services was called,” he revealed. “And you know, after that, we've been able to work together to sort this out. We're both doing our best. I heard one lawyer say, ‘No one wins in court—it's just a matter of who gets hurt worse.’ And it seems to be true, you spend a year just focused on building a case to prove your point and why you're right and why they're wrong, and it's just an investment in vitriolic hatred. I just refuse. And fortunately my partner in this agrees. It's just very, very jarring for the kids, to suddenly have their family ripped apart.”

Pitt said he has quit drinking alcohol about six months ago and replaced it with “Cranberry juice and fizzy water.”

“…I can't remember a day since I got out of college when I wasn't boozing or had a spliff, or something. Something. And you realize that a lot of it is, um—cigarettes, you know, pacifiers. And I'm running from feelings. I'm really, really happy to be done with all of that. I mean I stopped everything except boozing when I started my family. But even this last year, you know—things I wasn't dealing with. I was boozing too much. It's just become a problem. And I'm really happy it's been half a year now, which is bittersweet, but I've got my feelings in my fingertips again.”

He said he changed his lifestyle because he didn’t “want to live that way anymore.”

“I mean, we have a winery. I enjoy wine very, very much, but I just ran it to the ground,” he said. “I had to step away for a minute. And truthfully I could drink a Russian under the table with his own vodka. I was a professional. I was good.”

Pitt also touched on his religious upbringing, saying he grew up First Baptist.

“Then, when I was in high school, my folks jumped to a more charismatic movement, which got into speaking in tongues and raising your hands and some goofy-ass s--t.”