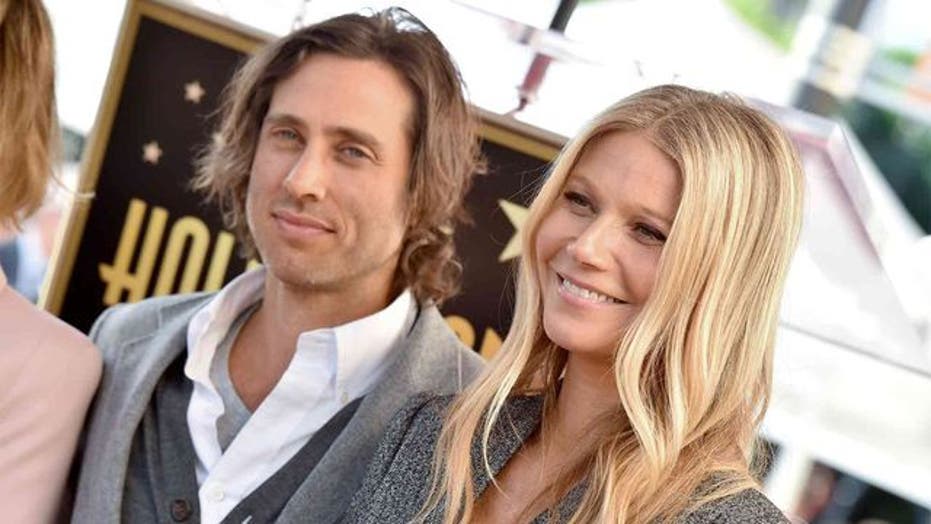 Nearly one year after tying the knot, Gwyneth Paltrow and husband Brad Falchuk are finally moving in together.

The Oscar-winning actress, 46, stirred controversy when she revealed that she and her husband -- known for co-creating "American Horror Story" and "Glee" -- didn't share a home following their September 2018 nuptials.

However, in an op-ed for InStyle's special 25th-anniversary issue published on Tuesday, Paltrow confirmed that she's since decided to move into a single home with her life partner.

"Married life has been really good. We took a year to let everybody [in the family] take it in and let the dust settle," Paltrow told the outlet. "And now we’re moving in together this month."

Later in the article, Paltrow lavished praise on her husband, who she described as being "a real equal" who challenges her on a daily basis.

"I adore my husband. He’s brilliant and deeply kind," she says. "I feel like he’s a real equal too. And he pushes me in the best ways. I really like being married. It’s fun."

FILE - Brad Falchuk and Gwyneth Paltrow attend the ceremony honoring Ryan Murphy with a star on The Hollywood Walk Of Fame on December 04, 2018 in Hollywood, California. (Photo by Paul Archuleta/FilmMagic)

Earlier this year, Paltrow revealed that Falchuk only stayed at her house on nights and weekends, before heading back to his own home for the rest of the week.

In an interview with Yahoo Lifestyle last month, Paltrow said the arrangement sounded "ideal" to many of her married friends, and that her intimacy teacher, Micaela Boehm, claimed it would increase "polarity" in their relationship.

Paltrow is no stranger to unconventional relationship practices. Following her divorce from Coldplay singer Chris Martin back in 2016, the "Shakespeare in Love" star called the split a "conscious uncoupling," and has maintained a close friendship with her ex ever since.

Elsewhere in the InStyle interview, Paltrow discussed raising her two children -- 14-year-old daughter Apple and 12-year-old son Moses -- with Martin. The "Royal Tenenbaums" actress claimed that having children "completely" changed her as a woman.

"Having children was so extraordinarily profound. It turned my world completely upside down in the best possible way," Paltrow told the magazine. "I think women understand that there are different chapters to our lives. My life looked a lot different in that decade than it did in my 20s, when I was very immersed in acting. In my 30s my focus was my kids."

She later added, "I was home most of the time. I was cooking with my kids and starting [her lifestyle brand] Goop. I was very happy doing the school runs and being domestic."

Paltrow concluded the article by discussing her various secrets to maintaining her health, which she says is "a little bit of everything."

"I’m almost 47 now," Paltrow said. "At this stage I’ve realized the secret to wellness is a little bit of everything. It’s sleep. It’s hydration. It’s nutrition and exercise. It’s not being toxic. It’s watching your tongue. It’s being around people who love you and who are honest with you.

"It’s about seeing Dr. Dray — the dermatologist, not the rapper — in London or Paris, whenever I can get over there. And drinking is part of my wellness program too," she added with a laugh.