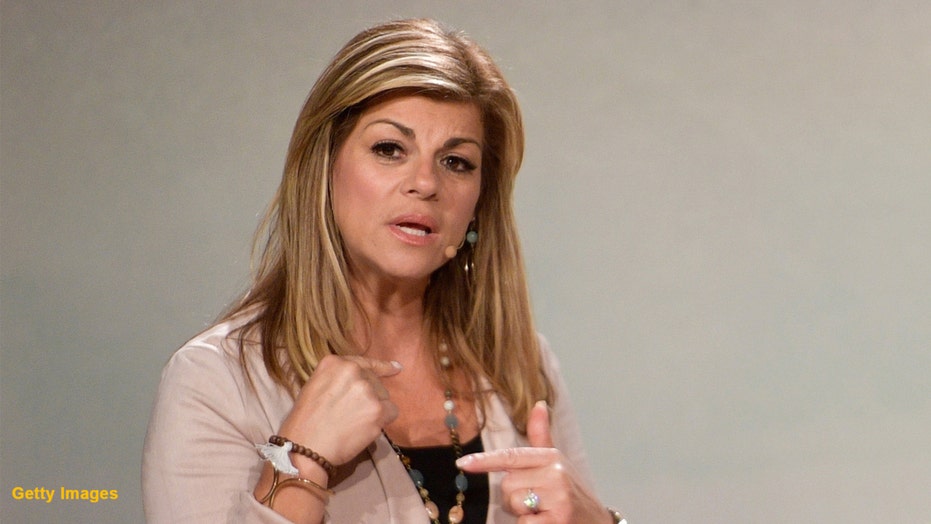 'Celebrity Ghost Stories' medium Kim Russo claims she channeled Elvis Presley. The host also gets candid on what viewers can expect from the A&amp;E show.

Kim Russo says she isn’t surprised spirits are reaching to the stars.

The author and medium is starring on A&E’s “Celebrity Ghost Stories,” in which she explores paranormal experiences with Hollywood entertainers. This season, Ice-T, Terry Bradshaw and Kelly Osbourne are a few of many who have reached out to Russo in hopes of understanding the unknown.

The series promises to offer “unfiltered, emotional and sometimes terrifying” encounters “with the ghosts of their pasts.”

Russo spoke to Fox News about what viewers can expect from this season, her experience in reaching out to Elvis Presley for his pal Wayne Newton, and which star surprised her the most.

ORIGINAL ‘PSYCHIC KIDS’ SAY THEY ‘ENJOY SKEPTICS,’ WANT TO CONNECT WITH FAMILIES DEALING WITH THE PARANORMAL

Fox News: It’s been reported you previously channeled Elvis Presley with Wayne Newton. What was that experience like for you?
Kim Russo: It was one of shock and awe. Most people don't know, but I'm a huge Elvis fan. I even had a ticket to his last concert that he never was able to perform. And that was always one of my regrets. But... there are many people that claim to channel all kinds of celebrities, just randomly.

And that never happens randomly. You have to really have a connection to the person's friends or family to have them come in. And he definitely came in, and he gave Wayne information that was a conversation they had in their dressing room that was never revealed to anyone. So I always look for the proof, too, when I'm doing these readings. To me, that was proof enough when he admitted that Elvis and he had this conversation that I repeated. It was a highlight.

Fox News: What can audiences expect from the new season of “Celebrity Ghost Stories?"
Russo: They can expect a very adventurous journey, that I will be taking the celebrity through the day in real-time. Having me give my opinion as to what's happening in real-time, as well as getting feedback from the celebrity in real-time. There's nothing about this that's scripted on any level.

So there were many things that happen that cannot be explained, obviously in real-time. So it's a journey and it's a real story by the end of the day, putting all the pieces together of what we experienced and what my assessment is of the situation, and of the energy. Because that's what I do, I read energy. It really tells a very intricate story that touches, I would say, almost every celebrity I work with. You will see them in a whole other light, you really will. I can't wait.

Fox News: Why do you believe these spirits are going after the stars featured in this season?
Russo: Spirits go after everybody. It's not that they go after them, they're always around us. They're always present, they live among us. So celebrities are no different, they're people, they're human. So it's just their job that they're celebrities.

That's my answer, they're human. There's no celebrity status in the spirit world whatsoever. So they're among all of us, not just celebrities. Celebrities have a bigger platform, so I like the fact that celebrities can teach people not to be afraid of [them] necessarily. And to see what is the plight of these souls, of these ghosts, these souls. What are they doing there? Why are they still there? So it's a teaching moment, and I'm grateful that the celebrity's platform can help people with their own experiences.

Fox News: It’s been said you had an emotional experience with Paula Abdul.
Russo: It is true. It is very true. We had to really be very delicate about the way we handle this situation, and the only thing I really can reveal about that right now is we had a lot of respect for... I was able to see something about Paula's life that she claimed, and she did admit during the production, that no one in the world knows this except one other person. And that she had never revealed this to anyone.

And it brought up some emotions that I know she wasn't ready to handle or deal with. But... there's no time like the present. And I believe everything happens for a reason, and there are a season and a reason. And it happened. And I hope from that she's able to heal from this point on. But you will have to tune in to see. But yeah, it was very emotional, for both of us actually.

Fox News: Which celebrity this season surprised you the most, and why?
Russo: It was Paula. It was Paula Abdul, hands down. Bubbly, cheery, always smiling Paula. There's some sadness, suppose a true soul that... And again, we don't get to see that. They don't show that on camera. But it was very raw and real and human. More than anything, it was human. But it's not a bad thing, it was a beautiful experience and a healing one.

That's the whole keyword to what I do--healing. In the end, it doesn't matter what I do. If there's no healing and understanding and knowledge that's taken from the experience, then I'll hang up my hat. But so far, it's healing. It's why I do what I do.