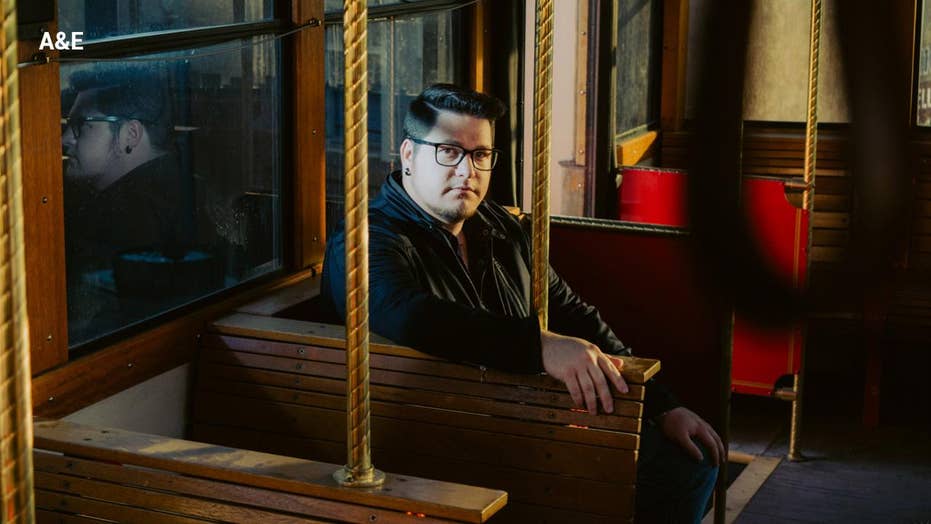 Original ‘Psychic Kids’ say they ‘enjoy skeptics,’ want to connect with families dealing with the paranormal

Peri Zarrella and Ryan Michaels believe there are some kids out there who really can see dead people.

The two former stars of A&E’s “Psychic Kids” are now all grown up, but this time, they’re returning to the series as mentors in hopes of offering guidance and support to other children who claim they have a connection with the paranormal. Not only do the pair aim to demystify their abilities, but they’re determined to show others how their seemingly strange gifts can be used for good.

Zarrella and Michaels spoke to Fox News about returning to the reality TV series, their message for non-believers and what made them realize they had “a gift.”

Fox News: Why was it important for both of you to mentor children with psychic skills in "Psychic Kids?"

Peri Zarrella: Well, this feels like the most important thing that we can do. There are many people out there who are having intuitive abilities and psychic skills and may feel very alone because there's not a ton of resources to help them navigate these experiences. And so, it feels really important and critical to be able to start this conversation and help these kids understand what's going on. Because these abilities can be such a blessing if you're able to use them in a way that feels right for you... And I think that that's something that we're always trying to reinforce for these kids in these families. You can have a very positive, very healthy human experience and still be intuitive and psychic.

Ryan Michaels: And I think being in their position, and having somebody mentor us, and understanding what we needed when we were being mentored helps tenfold come back and be able to mentor these children. And we're in our twenties, these children, a lot of them, are younger but we're not that far off. We can still relate in so many ways of being younger... I think it is so much more meaningful and so much more of a blessing to these children because we can relate.

Fox News: There are people out there who will say, ”We shouldn't put cameras in front of these children. We should focus more on getting them to speak with counselors or their parents.” What’s your take on this?

Fox News: What’s your message to those who will say psychics aren't real?

Zarrella: I think being a skeptic is, of course, a natural part of the human experience so we can just say that. And also, on top of that, I think that energy is such an important part of the human experience and energy holds a variety of different types of experiences and manifestations. And so, just looking at it in a simple way and acknowledging that, yeah, there is life force all around us and these things are happening, it just opens up the conversation.

I think a big part of my life is trying to open up this conversation so more people can engage. And I think by approaching it with curiosity and understanding why somebody might be resistant to these things is important. Is someone's framework being challenged? How do they see the world? And just making it more of a conversation, I think, it's natural.

Michaels: And I enjoy skeptics. I like when they reach out. I like when they try to talk and to debunk certain aspects of what we do and that's happened a lot in my short career. But the most important thing with them is that they understand. If they have a reason, if they can validate why they believe in what they do then I'm so accepting of that.

Fox News: What are some misconceptions you feel people still have about you two and what's the reality?

Michaels: People just think that we are walking factual books, that we can give lottery numbers and just tell them their future, and just receive information whenever we want. Information chooses us, we don't choose information. We receive messages that we are meant to receive. If we were meant to get the lottery numbers or to tell people their future, that's not a gift in my eyes... And I think everything that people truly understand, until you actually sit down and speak with somebody that is having experiences or has abilities, this field will never be understood.

Zarrella: I think that a lot of what we do is staying deeply aligned with the universe and allowing whatever needs to come through, like Ryan said. And so, that's a very experiential thing. And a lot of people have thoughts and ideas about what we're doing but it's hard to know what it's going to be like until you have an actual experience with us. And I've noticed that each person I connect with, something new and something different comes through. Everybody is unique and everybody's on a different path in their own life so it's really fascinating to hold space for the unknown.

Michaels: This really is an educational resource. There are thousands of children that are having experiences and thousands more that just don't understand and feel lost. And by this airing on TV... it reaches so many more people, and not just now. When these children begin to ask questions parents can go on the Internet to an archive and find information and we're that information. And the fact that this is airing on TV to me is not even something that I truly think about because while we are there working with that child that's the last thing truly that we think about. We're just there mentoring, trying to build a connection with this child and hope that it reaches many children.

Fox News: When did you realize you had “the gift?”

Zarrella: So for me, I was always a sensitive child and then had a near-death experience at age eight. Upon waking up from that experience, my whole reality changed. I perceived everything differently. I was seeing colors, hearing voices, having visions — everything you can imagine, it all came in. And so, it was pretty apparent for me. The real journey was trying to figure out what this was.

Michaels: And I started having experiences when I was 10. Even prior to that the way that I thought about life, the way that I thought about this world, was so different than others. I would remember as a child going out and just looking up and wondering what's out there, what is there to this world? And then when I was 10 I started to see that maybe there's a lot to this world and this universe that we don't understand. And spirit and energy started to come to me and deliver messages and I started connecting with people and having experiences and working with my abilities. And I knew there's so much more out there if you open your eyes to it. And so many people think that they see, but they're so blind to the possibilities of this universe.