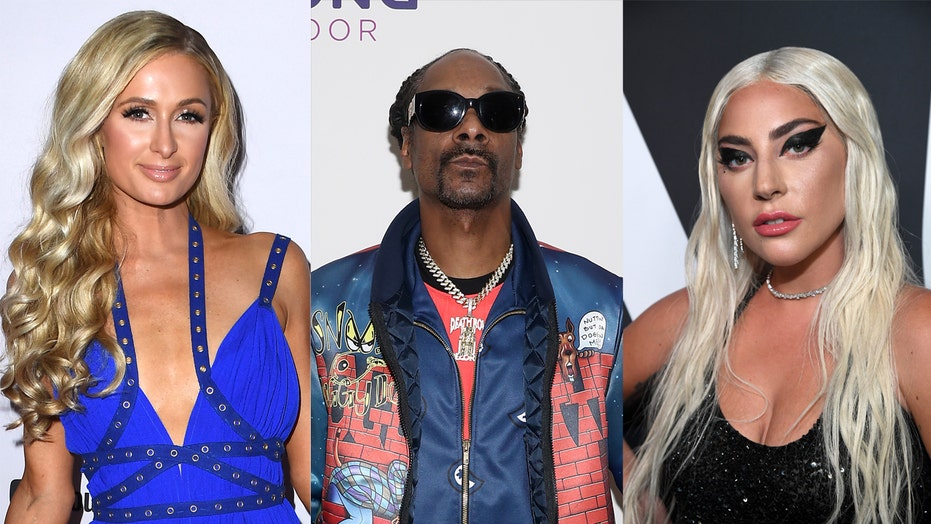 As fans gear up for Sunday's big game in Miami, they may find themselves wanting to cut loose.

Luckily, the city is chock-full of starry concerts, parties and more in the days leading up to the event with plenty of activities to choose from.

Here's a complete guide to the remaining events leading up to the biggest game of the season:

Kick off the game weekend with some of this year's hottest musical acts.

Harry Styles headlines the show but will invite Lizzo and Mark Ronson to join him on stage, in a show that Pepsi's VP of marketing said in a press release will be "bold, fully-immersive" and "unlike any other experience."

Not much is known about the event other than the Tidal streaming service will bring rapper Lil Wayne to the stage.

Shaquille O'Neal will donate profits from his party to the Kobe and Vanessa Bryant Family Foundation. (Photo by Leon Bennett/WireImage)

Food, drink, carnival rides, circus acts and live music at a party put on by Shaquille O’Neal, what more could you want?

This year's performers include Pitbull, Diddy, Diplo and many more.

What's more, O'Neal, 47, announced his plans to donate the proceeds to the Kobe and Vanessa Bryant Family Foundation.

PUPPY BOWL 2020: WHERE TO WATCH AND WHAT TO KNOW

Bootsy on the Water

Post Malone will headline Bootsy on the Water. (Photo by Jordan Strauss/Invision/AP, File)

Prepare for the game by partying in on the beach with a concert headlined by Post Malone.

Paris Hilton will perform a DJ set in Miami. (Photo by Craig Barritt/Getty Images for Diesel)

Paris Hilton is set to show off her DJ set in front of a star-studded crowd.

According to People, Ciara, Victor Cruz and Chace Crawford are among those expected to be in the audience.

Leather and Laces has become one of the most well-known pre-game parties each year, hosted this time around by Snoop Dogg (as DJ Snoopadelic) and Lil Jon.

The event also promises sushi, bottle service, food and the opportunity to interact with A-list guests.

DJ KHALED, CARDI B, LADY GAGA AND OTHERS BUSY WITH PERFORMANCES DURING WEEK OF BIG GAME

Cardi B. (Photo by Tim Mosenfelder/FilmMagic)

This two-day music festival is packed to the gills with star power.

Cardi B, Chris Brown, Migos join a lineup of over 30 artists gathering to celebrate the game.

THE MOST CONTROVERSIAL ADS THAT HAVE AIRED DURING NFL'S BIG GAME

Held on a private estate, the Big Game Big Give Party also serves as a fundraiser.

This year, director Michael Bay will host the event, and pro ballplayers Jim Brown and Ray Lewis will be in attendance.

Apl.de.ap, Taboo and Will.i.am of The Black Eyed Peas. (Photo by Sam Tabone/WireImage)

According to Sports Illustrated, the party will "fuse the world of sports and entertainment as only SI can do."

The Black Eyed Peas, Marshmello and DaBaby will perform at the party, and it promises appearances from Hollywood stars, big-name athletes and more in a historically starry part of town.

Lady Gaga is the biggest draw to this event, but AT&T promises more VIP events within the custom-built venue.

For those unable to be at the event, it will be live-streamed on Twitter.

Join Jeff Bridges, Bobby Flay and Alyssa Milano and chow down on dishes from 32 chefs from across the country.

To celebrate the big game, Rolling Stone has gathered a slew of musicians to entertain fans the night before kickoff.

Ciara, DJ Khaled and Paris Hilton are among the artists that will be performing.

The Chainsmokers. (Photo by Dimitrios Kambouris/Getty Images for Pandora)

An annual party, Maxim will offer performances from The Chainsmokers, Rick Ross and Lost Kings.

Through Saturday, Feb. 1, The Wharf Miami

The event promises appearances from Priyanka Chopra, Karamo Brown as well as other "style-makers."

The Clevelander hotel will be ripe with activities for several days leading up to the big game.

Musical performances from DJ Snoopadelic, Farruko, Fat Joe and Lil Jon, appearances from supermodel Adriana Lima and NFL superstar Victor Cruz and a pool party are set to make the days leading up to the game unforgettable.

One of the starriest parties of the season, the Super Bowl Music Fest is set to feature three days of musical performances from the likes of Maroon 5, Guns N' Roses, Dan + Shay, DJ Khaled and more.

According to People, Darius Rucker will perform while food from popular Miami restaurants is served at this exclusive event.

Perhaps the best part: the event is held within the security perimeter of the stadium, so there's no commute to the big game.