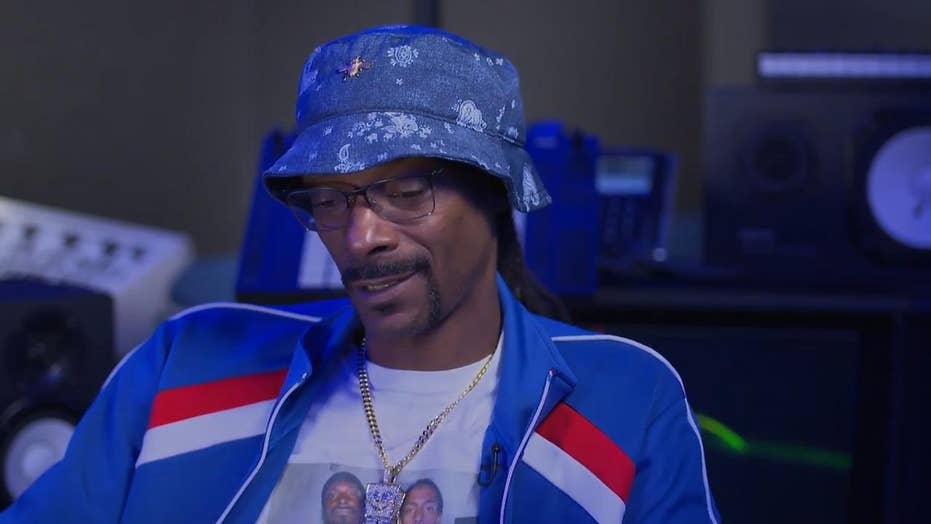 On Fox Nation's "Nuff Said," Snoop Dogg sat down with his former bodyguard and friend, Tyrus, to reflect on his music career and how he managed to stay grounded throughout it all.

A former football player and coach, Snoop Dogg is a close friend of NFL star Tom Brady, who Snoop credits for inspiring him to "keep things calm."

In 2014, Snoop posted a photo of himself with the New England Patriots quarterback, admiring Brady's 5 Superbowl rings.

"Tom Brady is the best person for that," said Snoop Dogg. "I hate him when I'm playing against him... but I love him in real life off the field. The way he conducts and controls himself and keeps everything at a medium is the way I am in life. I like to say I am the Tom Brady," Snoop said.

Snoop also said he would recite Brady's name before going on stage each night, during his days as a co-host with Martha Stewart on their show, Martha & Snoop's Potluck Party Challenge.

Later in the segment, Snoop Dogg got emotional as he reflected on his time coaching young boys from his neighborhood, and a specific player that brought Snoop to tears.

To see the full episode of "Nuff Said," and for more personal stories from the rap legend, visit Fox Nation and join today.