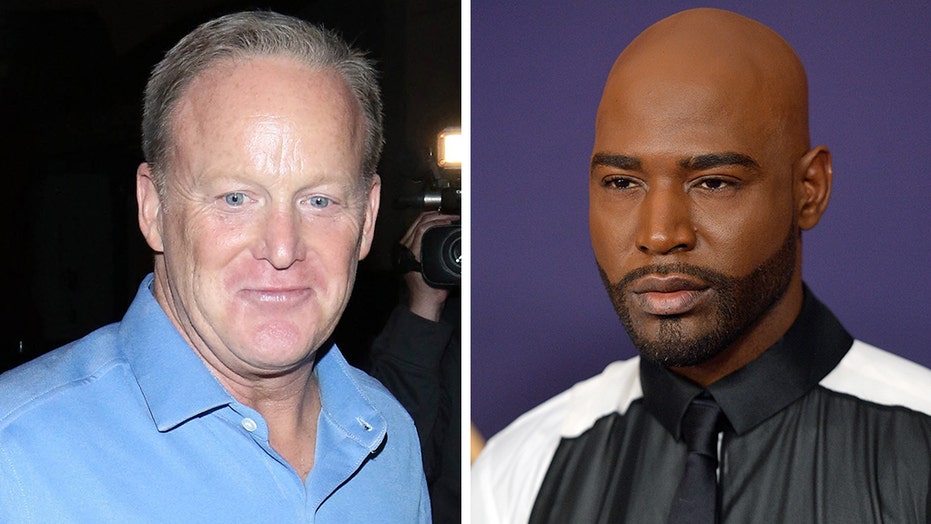 Karamo Brown claimed he and his children have been the targets of intense scrutiny ever since the reality television personality joined the cast of “Dancing with the Stars” alongside former White House Press Secretary Sean Spicer.

The “Queer Eye” star opened up about the magnitude of the backlash he and sons Jason and Chris have received on the most recent episode of “NAKED with Catt Sadler" podcast.

[They’re] "literally getting death threats," said Brown. "We were in Philadelphia at the time and one of my sons was with me as we were shooting season five [of 'Queer Eye']. He was running home because somebody was in a car chasing after him in the car screaming at him, 'F you and your dad! You're going to die!' Brown recalled.

“My son at that point had no idea what was going on because he wasn't keeping up; the last thing he wants to do is read about me."

"So, he was confused as to why someone was chasing him in their car, and screaming things at him," Brown continued, adding that "it was like a seven-minute run" for his son. "That's what I don't like. That's the part that really makes me emotional and gets me upset. Where I have to squeeze my hands, because the Daddy protective in me is just like, 'Don't do that.'"

"And then it was really the first tweet I saw where they @ my child as well, I was like, done! And I got off of it," he added. "Most parents don't know how to have conversations with their kids about social media ... they don't really know how to teach them about the mob mentality or 'cancel' culture or how it can really affect your self-esteem.” 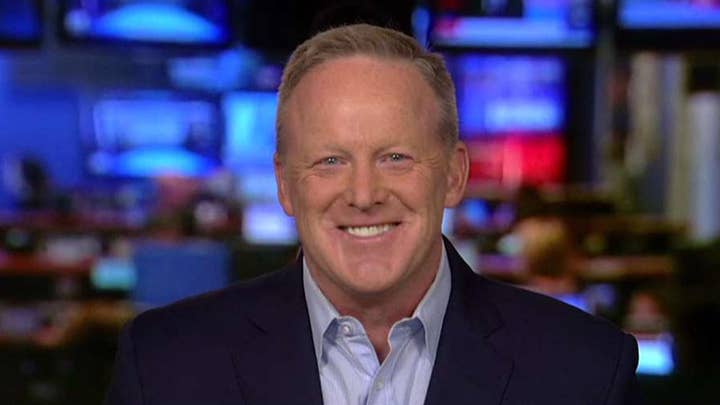 Brown continued: “There's so many things, so I really had to go back and do another re-learning with my kids of like, 'This is how we're going to handle this.' No geo-tagging or any of those things, because people will find you."

The Netflix star said he and Spicer spoke briefly about Brown’s remarks and said he isn’t at all regretful for issuing his tweet in response to a Twitter user who admonished Brown for allowing his celebrity to be used in connection with anyone related, however tangentially, to the Trump administration.

"To be honest with you, I understood why people got upset. I am not delusional,” said Brown. “You know, seeing someone lie to the American public and be a part of an administration that is hurting us, it was bad. But in the moment it was, 'OK, here's a chance for me to sort of [discuss this]."

"First of all, I was sort of caught off guard, because none of us knew he was on the cast, I'm going to be very honest with you," he added. "I walked in the room and I was like, 'Oh. Umm, this is odd.' I was expecting, like, Charo, I wasn't expecting this person. “But my natural instinct is to be kind to every human being,” Brown added about his run-in with Spicer. “I literally said, 'I don't want to talk to you about politics right now because I'd like to get to know you really quickly so that we can then grow to have a respectful conversation where we can talk about this. ... It was maybe a three-minute interaction."

Spicer, along with his professional partner Lindsay Arnold, spoke with Entertainment Tonight earlier this month about the backlash to his casting on the competition show, telling the outlet his only focus this season is to have the time of his life on the dancefloor.

"It is going to be natural to see tons of people having comments about what we're doing," Arnold said. "But what I love about this show is that so many different people come together and enjoy what we do and have fun, and that's what I wanted to do this entire season."

"We're already having fun and we're going to continue to do that," she added.