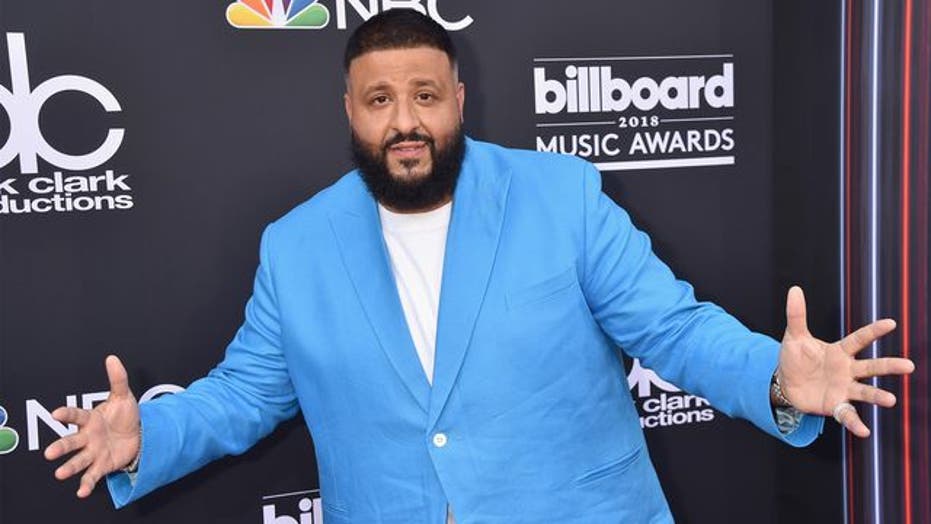 DJ Khaled is about to shake up his hometown of Miami in a big way.

The “We the Best” label head should hydrate because he’s got a busy agenda ahead of him, fresh off his first-ever Grammy win.

The social media-savvy veteran and “The Four” judge is slated to perform at a plethora of pre-game events this week, which will be jam-packed with other A-list celebrities, including Diddy, Shaquille O'Neal, Lady Gaga, Lizzo, Post Malone, Kevin Hart, Vin Diesel, Cardi B, Chris Brown, Guns N’ Roses and Maroon 5.

“Oh yeah, we’re definitely celebrating [this] week. I remember Super Bowl came here 10 years ago and it was a special time. We want to make this special, too,” Khaled said in an interview with The Associated Press. “I’m excited it’s in Miami.”

Khaled is fresh off winning a Grammy Award for best rap/sung performance for “Higher," a collaboration with late rapper Nipsey Hussle and R&B star John Legend.

Upon finally receiving the elusive accolade, Khaled took his time backstage at the Grammys to offer strong and encouraging words for his fallen brother Hussle, telling the room of reporters that he and the Los Angeles icon, who was 33 at the time of his death, discussed the record and prayed that it would result in a Grammy nod.

“And I remember when he got done cutting his verse, I was telling him when we both was chilling, we was both feeling great about the song -- and I was saying, God willing we get nominated for a Grammy,” Khaled said. “And now we won the Grammy. Nipsey Hussle, John Legend, Khaled and the family -- we won this."

The big game week will mirror the Grammys, which took place on Sunday, with a number of big music stars performing ahead of Jennifer Lopez and Shakira’s halftime show at the Hard Rock Stadium, where the San Francisco 49ers will take on the Kansas City Chiefs.

Others, too, will perform several times throughout the week, including Lil Wayne, Snoop Dogg, the Chainsmokers, DaBaby, Marshmello, Megan Thee Stallion, the Black Eyed Peas, Meek Mill and Tiesto.

Cardi B will perform at a concert celebrating the trailer for the upcoming film “Fast & Furious 9;” Vin Diesel, Michelle Rodriguez, John Cena and Tyrese will also attend, while Ludacris, Wiz Khalifa, Charlie Puth and Ozuna will hit the stage. The Grammy-winning rapper will also hold a late-night performance at LIV and headline VEWTOPIA.

Lizzo will also double up on performances: She will sing at the SiriusXM & Pandora Opening Drive Super Concert Series and then at the Planet Pepsi Zero Sugar party, which will also feature Harry Styles and Diplo at Meridian at Island Gardens.

Gaga, who headlined the halftime show in 2017, will perform at the same venue for AT&T TV Super Saturday Night, held on the eve of the Super Bowl.

Post Malone will hit the stage for Bootsy On the Water, a Bootsy Bellows pop-up, which will be hosted by Kevin Hart. Swae Lee, who collaborated with Malone on the hit “Sunflower,” will host an event to launch his shoe collection with Giuseppe Zanotti.

Lady Gaga participates in the second annual Stonewall Day honoring the 50th anniversary of the Stonewall riots, hosted by Pride Live and iHeartMedia, in Greenwich Village on Friday, June 28, 2019, in New York. (Photo by Greg Allen/Invision/AP)

Budweiser will hold events featuring Dwayne Wade and Halsey; Karamo Brown of “Queer Eye” is part of an event for Stella Artois; and Guy Fieri will host the 2020 Players Tailgate.

Shaq’s Fun House, the NBA legend’s carnival-themed music festival, is coming back to Miami and will feature performances by Diddy, Pitbull, Diplo and Shaq himself, aka DJ Diesel.

O'Neal made his statement before the death of Kobe Bryant. He, his 13-year-old daughter and seven others were killed Sunday in a plane crash in California.

In an Instagram post on Wednesday, O'Neal, who has been distraught since the tragedy, said he was debating whether or not he should still go to Miami.

“Part of me wanted to stay to myself as I reflect what my brother and his family mean to me and my family,” he wrote. “But in thinking what would Kobe want, what would he do? Kobe would want us to push through and celebrate life. So let's just do that.”

He said he would donate all proceeds to “all the families who lost loved ones and to the Kobe and Vanessa Bryant Foundation."