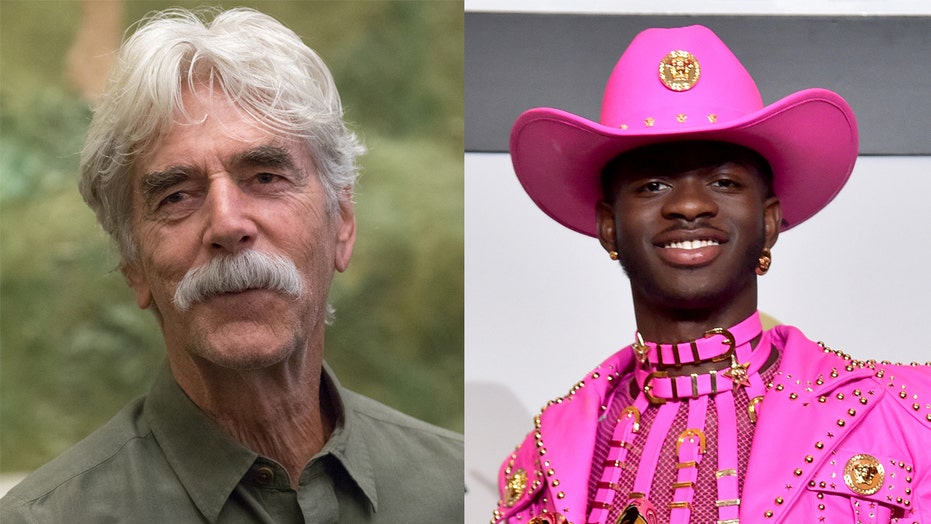 Football is a big draw for those watching the NFL's big game on Sunday, but the commercials in between the gameplay are equally iconic.

Each year, stars join in on the fun and star in various high-profile ads, and this year, Sam Elliott is jumping on board.

This year, the 75-year-old actor was recruited to be in a promotional spot for Doritos, in which he recites the lyrics to Lil Nas X's  Grammy-winning hit, "Old Town Road."

A teaser for the ad -- which will air in full during Sunday's big game on FOX -- was released this month, and it opens with Elliott in head-to-toe cowboy garb strolling into a dusty saloon and sauntering up to the bar.

As he's served a drink, Elliott begins to recite the lyrics as fellow bargoers scowl at him.

"I've got the horses in the back, horse tack is attached," Elliott said as a hush falls over the patrons of the saloon.

Elliott turns to a patron and says, "You ain't been up off that porch, now. You can't tell me nothin'."

Before long, the song's bassline can be heard playing, and drinks begin to shake from the vibrations.

Elliott simply puts his drink on the counter and leaves the bar. The ad ends with a bag of Cool Ranch Doritos and the text "02.02.20" sliding across the screen.

Doritos also shared a clip of the ad to their Instagram, showing Lil Nas X himself riding up to the saloon on a horse, amplifiers blaring his tune "Old Town Road."

"There's a cooler sheriff in town," read the caption. "And his name is Lil Nas X."