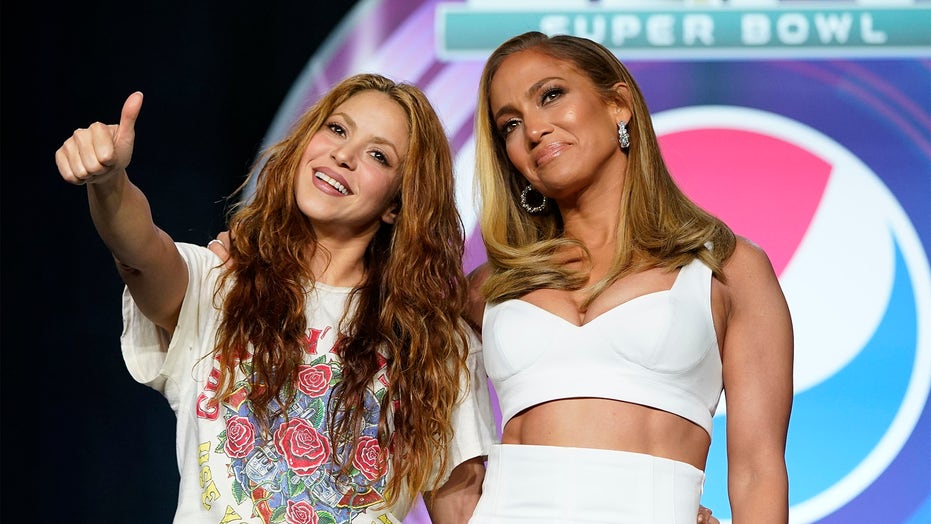 Shakira to take the big stage at Super Bowl LIV

The 2020 Super Bowl Halftime Show will kick off during the big game Sunday and there’s a lot that fans need to know in order to prepare for the night.

Whether it’s Justin Timberlake exposing Janet Jackson’s breast, Katy Perry's backup dancing shark forgetting the choreography or everyone wondering why in the world Adam Levine took off his shirt, there’s no shortage of spectacle at every Super Bowl Halftime Show.

This year promises to be no less of a pop-culture staple than years prior, meaning there’s a lot that fans need to be aware of in order to feel qualified to chat at the water cooler on Monday morning. To help, below is a rundown of what you need to know before the 2020 Super Bowl Halftime Show:

It was revealed in September that the 2020 Pepsi Super Bowl Halftime Show will be headlined by superstars Jennifer Lopez and Shakira. The artists, who have released countless songs in both Spanish and English since the 1990s, will take the stage in the middle of the game for what promises to be a show filled to the brim with amazing music and dancing.

The duo’s collaboration marks the first Halftime Show lineup since Jay-Z and Roc Nation were brought on to co-produce the show.

Where is the Halftime Show?

If you’re lucky enough to attend the big game live, you’ll see Shakira and JLo take the stage at the Hard Rock Stadium in Miami Gardens, Fla. The venue will play host to the big game between the 49ers and the Chiefs, giving neither team home field advantage, as is the tradition with the Super Bowl.

Miami holds a special place in Lopez’s heart. She even rang in her 50th birthday party with an extravagant celebration held in the city.

Will other celebrities be there?

As with any Super Bowl Halftime Show, fans can likely expect a few surprise guests. However, nothing is confirmed. Despite that, Parade notes that there will be a slew of musical stars on hand in Miami on the big night for various Super Bowl-related performances.

Although no one is confirmed, there is one other star that will be on hand, albeit not with the headlining duo. Hot off her emotional Grammys performance, Demi Lovato has been tapped to sing the national anthem before kickoff.

What time is the Super Bowl Halftime Show?

Unfortunately, “halftime” is not an exact time. Due to the game broadcasting live with expanded commercial breaks, the Halftime Show will air as soon as the first two quarters of the game have reached their conclusion. Kickoff for the game is at 6:30 p.m. EST. As a result, most estimates put the start time between 8 p.m. and 8:30 p.m. EST, but anything can happen in football.

The Super Bowl Halftime Show will air live on Fox. Those who won’t be around a cable connection will be able to stream the performance on the network’s website in some locations after providing your cable sign-in information. In addition, the game will be live-streamed on the Fox Sports app.

If you don’t necessarily need to watch the game, SiriusXM is offering nine radio broadcasts in many different languages. However, its blog notes that during the Pepsi Super Bowl Halftime Show, it will offer listeners a live broadcast of the on-field audio.